April is turning out to be colder than March, in one of those weird early spring Ohio twists.  I actually had hot chocolate before bed twice this past weekend, and Sammy’s soccer practice tonight was out and out freezing. Alex has a cold and my throat has hurt intermittently for the last week.  John is in Barcelona which somehow makes the weather even more irritating.  When I fell in love with a computer scientist I had no idea that it would mean sitting home while he jetted around the world for conferences (and yes we would both love it if I could go but the plane tickets are prohibitively expensive).  Aren’t most conferences supposed to be in relatively un-exotic places like Orlando and Phoenix?

There isn’t much good about this kind of weather in April, but legumes are one thing.  And I know from previous comments that not everyone feels like bean dishes are for cold weather, but to me they are. Of course I love them so much that I eat them year round, but I don’t really look forward to them simmering away all day long when it is sweltering hot outside. 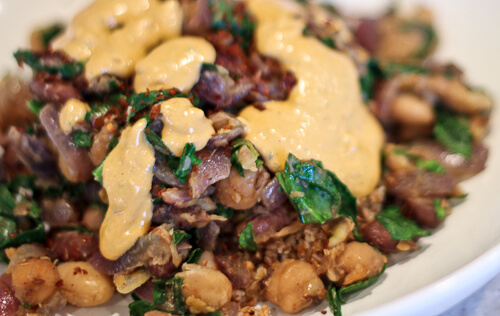 Despite everything I just said, this actual dish was made with beans I had made and frozen previously–which is why the beans look a little mushy.  They still tasted great and I highly recommend making and freezing beans like this. The beans themselves were Cannelini, chickpeas, and some kind of runner bean, I don’t remember which.  I love mixing chickpeas with other beans. 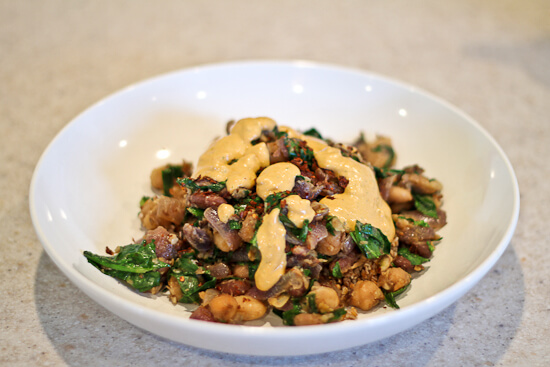 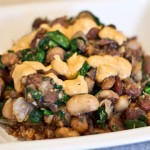