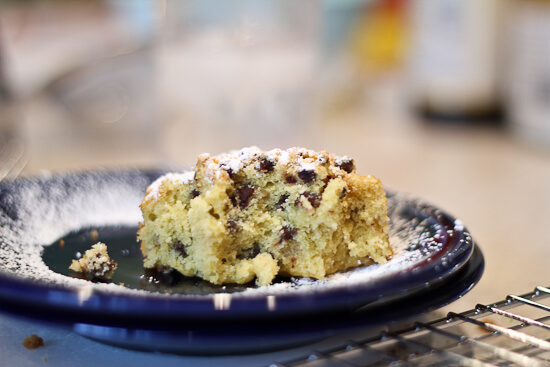 The worst thing about being behind on posts is craving what I am writing about.  I came home with extra lemon bunny cake that a friend made for Easter while we were in Columbus (which was absolutely delicious), but it is gone now and I have not baked anything since returning.  So staring at this chocolate chip bundt cake from a few weeks ago is killing me. 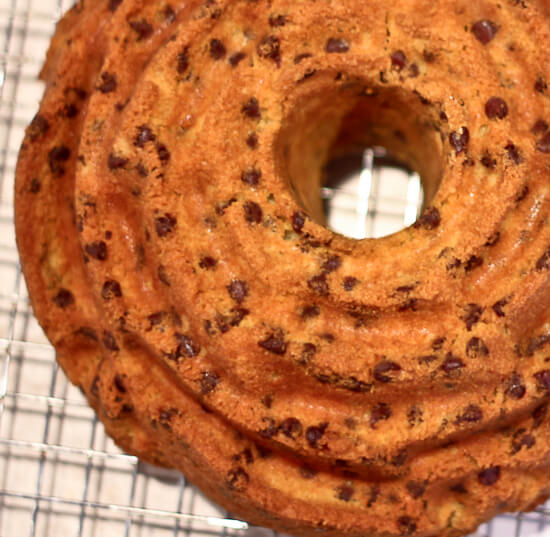 So–at the risk of sounding crazy, for a food blogger–I am trying not to think about this cake, for fear that I wander downstairs and eat way too much of something processed and bad for me, like peanut M&Ms… Instead let me share with you some pictures of things growing in my front flower beds that are causing me consternation… 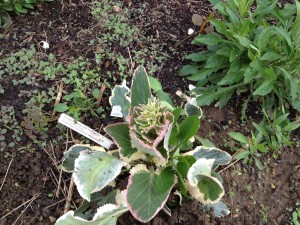 OK so this first one isn’t causing me any consternation, I just wanted to share it.  I’ve been waiting for this plant to do something for a few seasons, and it finally seems to be turning into something attractive.  Wee-hoo!  And no, I have no idea what it is.  Plant-savvy I am not. 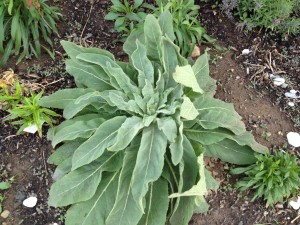 And speaking of that lack of savvy… this one showed up while I was gone last summer. I decided to leave it, after all weed is in the eye of the beholder, right?  Anyone have any idea what it is? The leaves are fuzzy if that helps, and usually spread in a perfect circle (it was quite windy here today).  I am pretty sure I did not plant it! 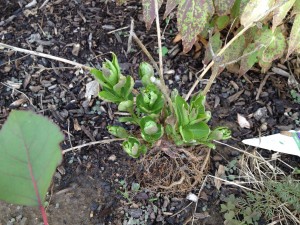 I am not sure about this one either, but it showed up on schedule like a perennial that had been planted in a plausible area.  So maybe I did.  For right now I am not pulling it, and while everyone agrees it looks like a plant you would plant on purpose… no one has any idea what it is.  Any takers?

I spent today working on my flower beds, obviously.  My sweet william has taken over my bed, which is kind of fun since I can wait for it to bloom and then pull the ones I don’t feel like keeping.  Of course that necessitates me recognizing the sweet william–I think that is what has taken over the flower bed. I suppose if it does not bloom on schedule I will know then–and can pull it! 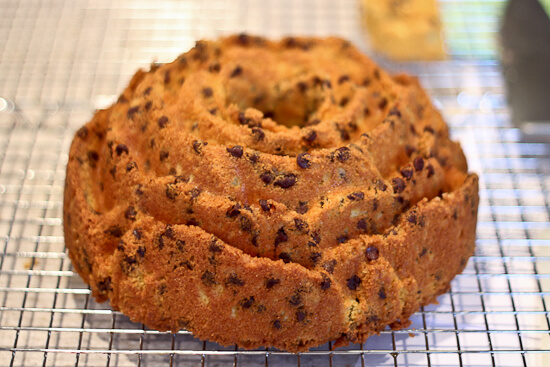 I had a revelation about this cake, while I was busy yammering about my plants and trying not to think about how much I wanted some (the cake, not the plants).  It was good, I would go so far as to say excellent, but it is still not as good as Lisa Yockelson’s sour cream recipe from ChocolateChocolate.  Which is ironic, because this recipe is from Lisa Yockelson’s new book, Baking Style: Art, Craft, Recipes.  The recipes are quite similar, but at the end of the day, the sour cream (instead of milk and cream) makes the difference.  I’m glad I tried this one, but the first cake remains the favorite. Make it–you won’t be sorry. 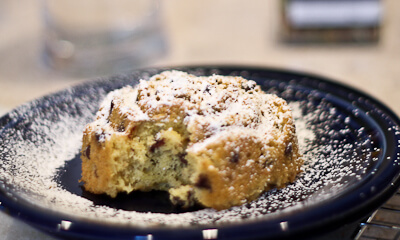