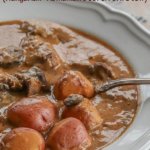 Marosszéki Heránytokány, or Hungarian~Romanian Beef and Pork Stew, is a delicious, hearty and rich stew, made complex with spices and tangy with sour cream. Affiliate links have been used to link to items I am discussing. 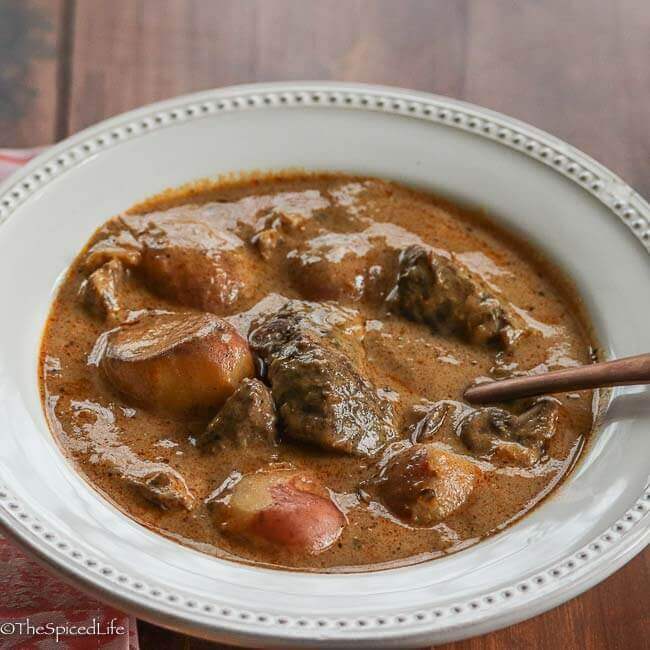 Maybe it is time to stop thinking of excuses and just tell you guys posts might be a bit fewer and farther between for the time being. But know that I am still here, cooking and baking! If you want to know what is going on with me, Instagram is the best place to find me, although I am on Twitter and Facebook as well.

Speaking of the farther between part, I made this a while ago. And I know it is not late spring fare. As a matter of fact, you know how looking at a long list of things to do can be paralyzing and so instead of working you make it worse by doing nothing? I started staring at this dish a month ago, frustrated that it was out of season. A. Month. Ago. Obviously I need to get over myself and just share it and move on. And remember to share it by social media next fall! 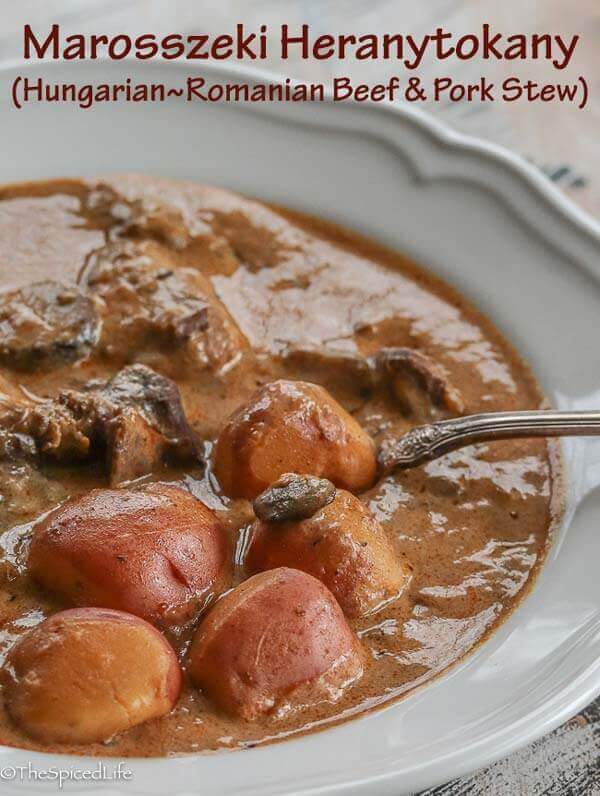 One of the reasons I was determined to share this Marosszeki Heranytokany, or Hungarian~Romanian Beef & Pork Stew, is because I have never shared anything Hungarian or Romanian and that seemed like it needed to be corrected. This is adapted from a recipe in George Lang’s Cuisine of Hungary, which holds a special place in my heart as the first truly thoughtful gift I ever bought my husband, long before he was my husband. The same husband whom I eventually kicked out of the kitchen but who spent time in Hungary as a student and therefore has a particular love for all things Hungarian including the food.

So for some reason the other day I realized my kids had never had gulyás, or goulash. And of course in immediately rectifying that fact, I landed on a different stew and made it instead! Slow cooked meat plus sour cream is always going to be a winner in my book. Having said that, this dish is super rich. If I made it again I would serve it as part of a bigger dinner with some vegetable sides and a leafy salad. It is way too rich to be served as a one pot meal, even as delicious as it is.

Traditionally I am not sure what, if any, starch this stew would be served with. But all that sour cream said potatoes to me, so I boiled some baby redskins and served them with it. 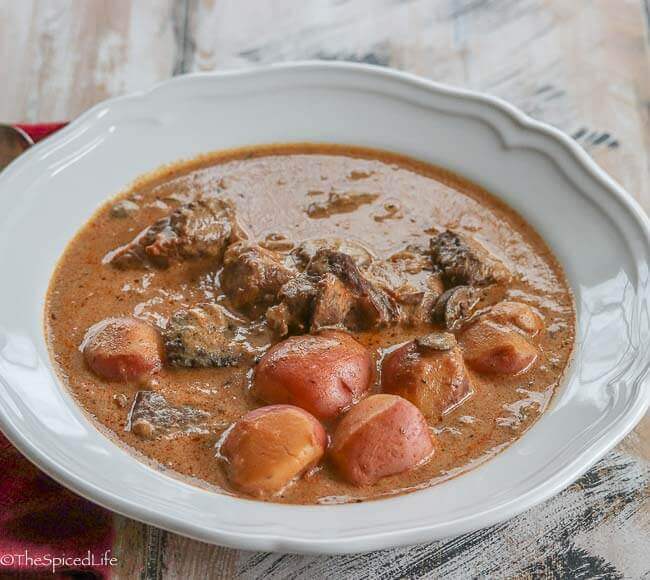 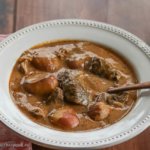 According to Lang, both the Hungarians and Romanians lay claim to this stew, so I just gave it to both!