You are here: Home / apples / Shrimp and Chicken Curry with Apples and Basil; Watermelon Sambhar 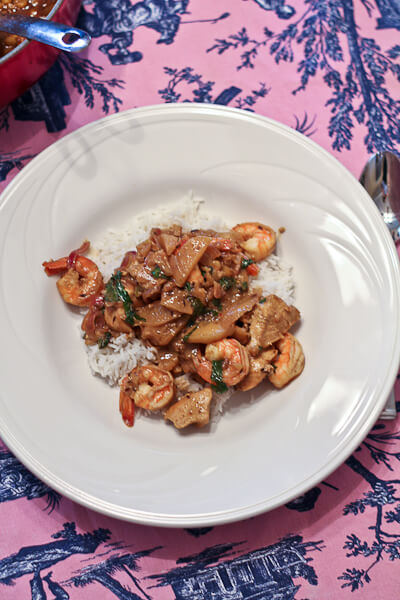 A lot of the furnishings in my home have been cobbled together from various hand me downs from family members. Recently, John and I decided that we needed a different approach to the girls’ bedrooms, so we made a trip to IKEA. While we were there, we also started thinking about my cookbook collection. This was the result: 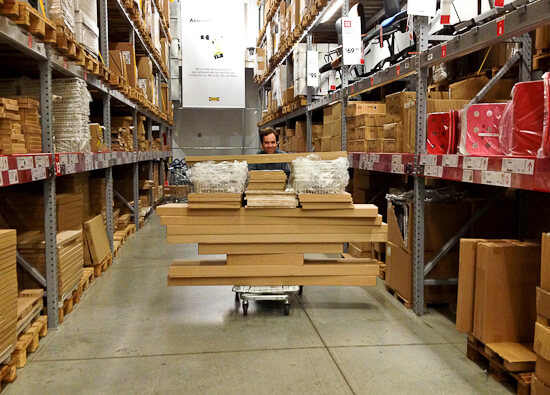 Let me tell you, that was one cramped drive home. But hopefully soon the piles of cookbooks beside my bed will be gone, and properly stored. (Some of you may remember that in the last year or two we purchased bookshelves and got all of my cookbooks organized. But it took up all of the shelves. Which means new piles have formed. Alas. What I can I say I adore cookbooks.) 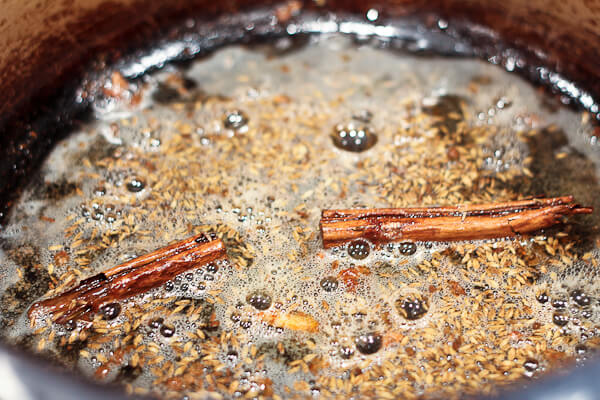 But anyway about these recipes. I am about 1 month behind–despite all of my best efforts to get caught up. The good news is that as we have settled into the school year I am not getting further behind–as a matter of fact, if it were not for my newfound love of all things bundt cake and #BundtaMonth, I might have gotten a bit more caught up.  The point being these curries were cooked on Labor Day when my sister in law came to visit. 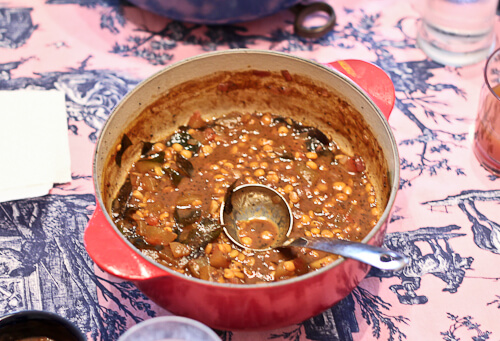 I know the sambhar is a little late for peak watermelon season, but I think domestic watermelons are available through October. And if I am wrong, I know there is still plenty of time to make the fantastic apple curry, and you can just pin the watermelon sambhar for next summer. Either way these recipes are unique and delicious, definitely worth your time if you have any interest in Indian food. Everyone loved the apple curry, and the adults all enjoyed the sambhar, which I think was a tad too unusual for the kids (although they both ate it). 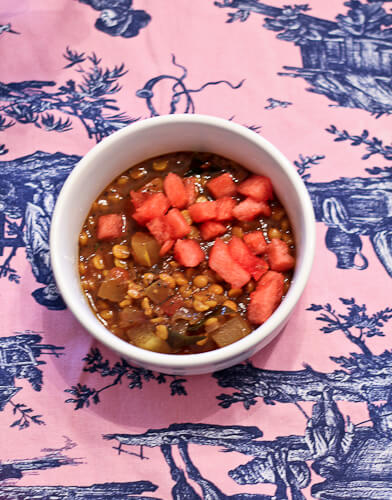 The sambhar is an interesting recipe for more than one reason. First, I found it at the blog Plantain Leaf (Andhra Recipes), which is written by Padma Rekha, a woman living in Channai, India. I am always fascinated by finding international recipes written by natives who live and cook in the country of origin (the wonders of the internet!). Inevitably various things are different from the recipes we get in cookbooks geared toward an American (or Western) audience. Second, I had no idea the white part of the watermelon was so nutritious! It was humbling to think about the fact that pretty much all Americans I know waste the white part of the watermelon–I never even considered throwing it into a cooked dish, but you can bet I will from here on out (cooked, the white part was slightly sweet, somewhat bland, with a nice tender crisp texture). Last, just the fact of using watermelon in a sambhar (a lentil curry, or dal) was totally new to me. I love sweet and savory combinations so it had to be tried!

My only changes to the recipe were to add chopped (red fleshed) watermelon as a garnish to the recipe and to use my own homemade samnbhar masala, so I am sending you over to Plantain Leaf for the recipe! 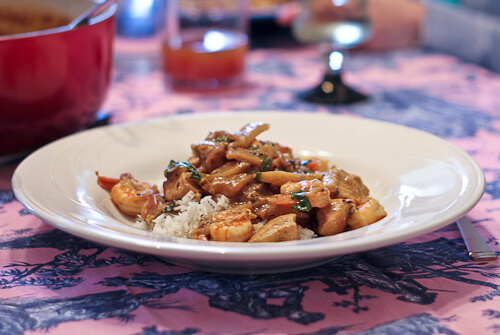 And now about what I have been calling the apple curry, although it has much more, because for me the apples were the most unique and delicious thing about it. I pinned Bal Arneson’s Prawns in Apple Basil Curry as soon as I got a Pinterest board and had just been waiting for the right moment to make it. I was unfamiliar with basil or apples in Indian curries, so I was pretty excited about it. 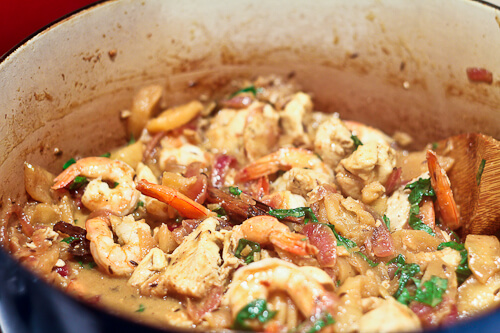 I used shrimp in the recipe as a matter of convenience, and my sister in law is not a huge fan of shrimp, although she was happy to eat around them, so I also added chicken. I added some spices and changed the order of cooking to maximize the impact of the spices. This dish is what I would call great gateway Indian cooking–if you know someone nervous of trying Indian food or someone who is not yet convinced that Indian cooking is delicious, this is the dish to make for them. All of the main ingredients are familiar and the spices, while combined in a decidedly Indian fashion, are none of them totally unfamiliar flavors, like, for example, fenugreek or ajwain would be. (I should also note that the curry is very much fusion food, inspired as well by ingredients that Bal Arneson most likely became familiar with after moving to Canada, like smoked Spanish paprika.) 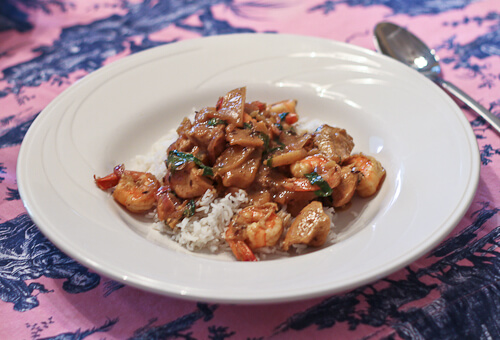 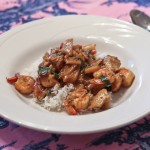