Inverted Shepherd’s Pie is a great option for when you don’t want to turn on the oven but are craving some comfort food! 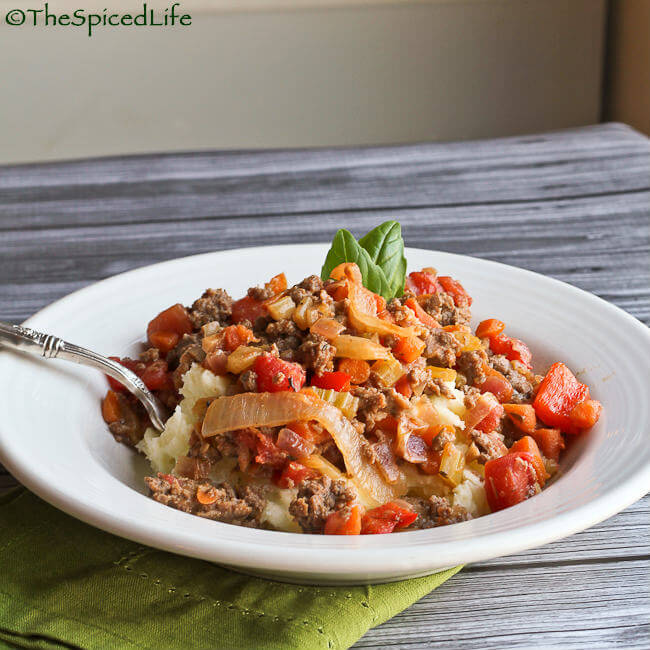 I owe you a refried beans post, but I am waiting on the publisher to send me (as is their preference) the recipe. So I am sliding this Inverted Shepherd’s Pie in instead. Except. Well, I made this and we really liked it. But did I write down what I did? No. Which usually does not matter too much, when I follow one of the templates in my brain so to speak (just stay with me). But this was another foray into community cookbooks, which means looking at the original recipe is doing diddly squat for helping me to remember what I did–and which also often means serious changes were made, the nature of community cookbooks being what they are. 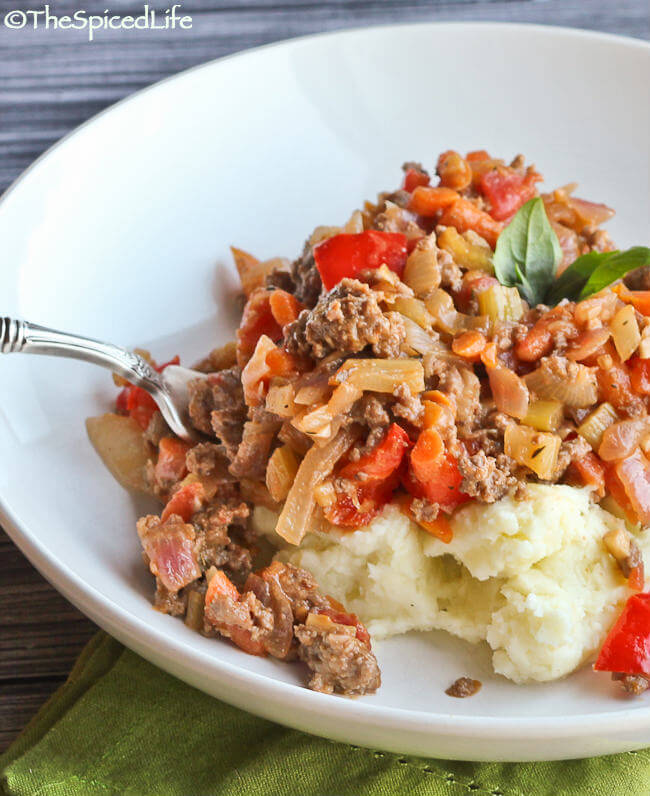 So I don’t have a recipe for you, but I do have some inspiration for you (I hope). First, the book itself: I have no link, as I could not find this book anywhere on the internet. Culinary Classics: From The First Family from the First Baptist Church of McAllen, Texas. It has no publication date per se, but it was inscribed in 1987, and the purchase of the book went to support a Sr. High Youth Choir Tour in 1987, so I assume around then. It is a small book, and has much less of a personality than the other community cookbooks I have used so far. I finally settled on the Hamburger Pie from the Casseroles section from Winnie Serson. The name itself was not appetizing to me, and neither were the canned green beans and tomato soup.  But the use of Dijon mustard to flavor the dish intrigued me. So I started with that.

The next big change was that I did not want to have to turn on the oven to make the dish. But it seemed to me, why should I? Just smash some boiled baby redskins or Yukon Gold potatoes (I used the latter) and serve the dish on top of them. Which worked beautifully (although it threw my kids off a bit–I guess I don’t make mashed potatoes enough!). Because of the time of year, I switched to all fresh veggies: carrots, sweet bell peppers, onions and tomatoes. And I added garlic. If I were making this right now, I would heat some vegetable oil in a large sauté pan over medium high heat. Sauté the onions and then add some garlic. I think I added chopped fresh rosemary and thyme also. And I would certainly be willing to! Then the ground beef. Then bell peppers and carrots and tomatoes. Add some chicken stock if it is needed, but I bet it would not. Toward the end, I added Dijon mustard to taste.

I apologize for the lack of recipe–if you want to try making Inverted Shepherd’s Pie just from my comments and have any questions, do not hesitate to email me! For the smashed–or mashed–potatoes, just use your favorite recipe. And I hope to have some refried beans for you soon! 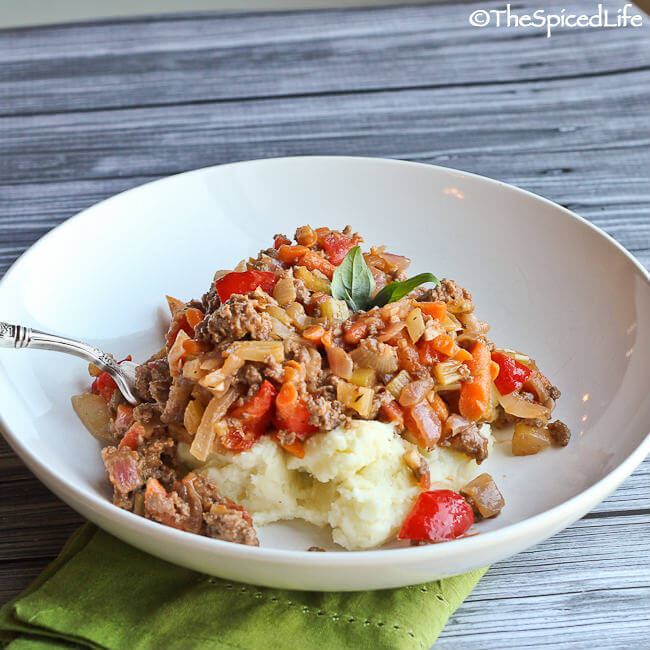