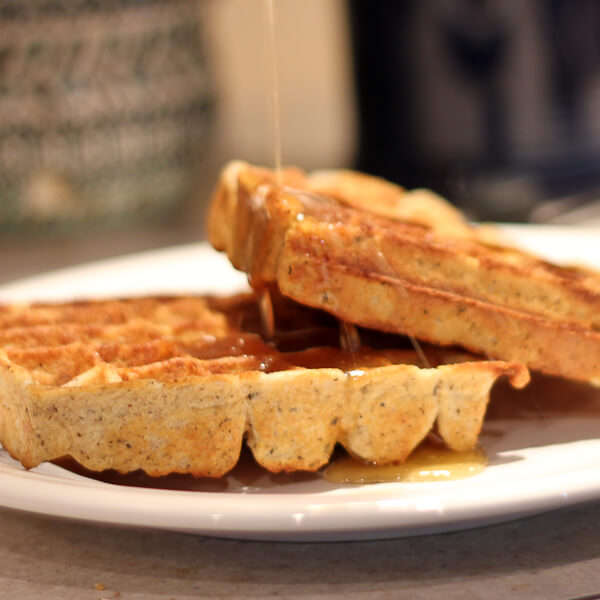 I never used to butter my waffles. To me it was added fat that I could not taste. Mind you, we are talking about a habit that stretches back to my early childhood, so who knows if I really could taste the butter or not. And then I was talking to a friend, who commented that the point was not the fat so much as salty richness in counterpoint to the sweet maple. 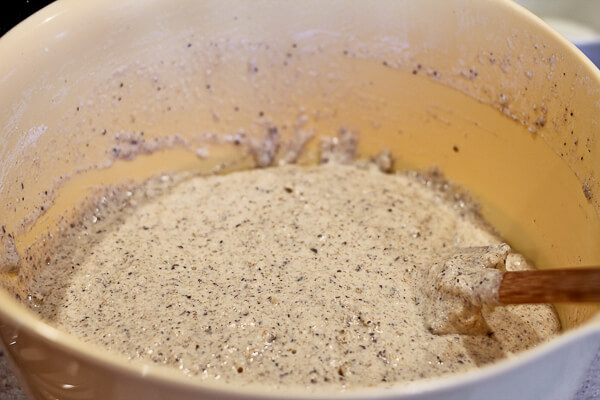 Oh. Now there was something I had not considered. But when I went to do it, it just still seemed pointless, trying to evenly spread the butter into those holes. And then inevitably, the maple syrup would be cold from the fridge, because I usually forget to take it out in advance, and it would stop the butter from melting and make the waffles cool off (OK, here is where I confess I was raised on the fake corn syrup stuff that does not need to be refrigerated, so about the time I started experimenting with butter I also started experimenting with real maple syrup). It just made so much more sense to me to melt them together and use them hot.

Based on the reaction I got from my kids, I think we will start using this syrup on all of my waffles. 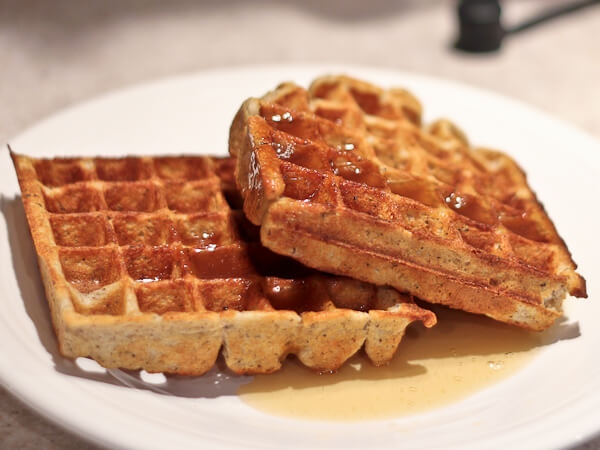 Now about the waffles themselves. Somehow they are hearty without being heavy. They are crisp and absolutely delicious. Dawn Yanagihara, whose cookbook they come from, comments that they are uncommonly flexible for having so much character. She has served them under maple syrup and has also served them under smoked salmon, sautéed apples, or even just oranged flavored butter. I believe it. 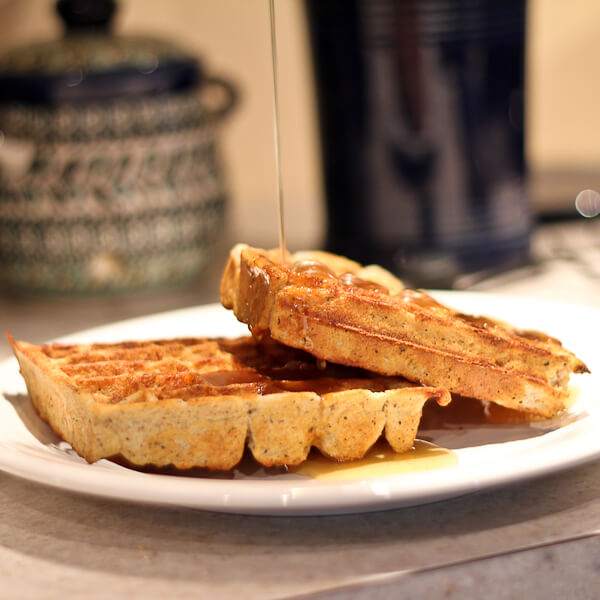 Preheat the waffle iron (this recipe will come together quickly). Also turn your oven on to warm if you will need a place to keep waffles warm.

Whisk together the flours, baking soda, baking powder and salt. Set aside.

Beat the eggs, and then whisk in yogurt, milk and brown sugar. Whisk until the brown sugar dissolves. Gradually whisk in the butter.

Pour the liquid mixture into the dry mixture. Whisk gently until evenly moistened–it will be quite thick and glue-like. Switch to a silicone spatula and fold a few times to make sure all of the dry ingredients have been mixed in.

Cook the waffles according to your waffle maker’s instructions. Using the All Clad Belgian waffle iron, I cooked the waffles on a medium high heat (dial set to 5-6).

To make the syrup, combine the butter and maple syrup in a small sauce pan. Heat gently on medium-low heat, until the butter is melted. Stir and add salt to taste.  When the mixture is steaming, take it off the heat. Drizzle over the waffles as desired.