Vanilla Citrus Perunillas are a crumbly, shortbread-type cookie that everyone loves! We loved them so much we made them a second time for my sister’s cookie table at her wedding! A copy of Charcutería: The Soul of Spainfollow was sent to me by the publishers for purposes of an honest review. Affiliate links were used in this post, but only to link to items I would be discussing and linking to in any case. 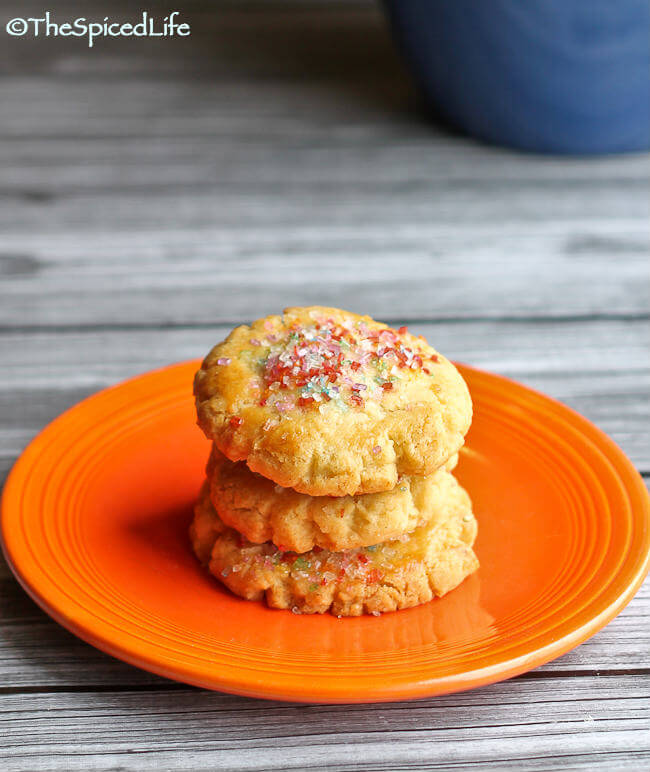 Those of you familiar with a Spanish charcutería board may be staring at this post in consternation, wondering what a cookie recipe has to do with Spanish cured meats, or even cured anything. Stick with me! I was of two minds about whether to request Jeffrey Weiss’s Charcutería: The Soul of Spain

for review. On the one hand I adore Spanish cured meats and could happily eat them all day long. On the other hand I could not see myself setting out to cure sausage myself. But the book is large (464 pages), and I am a firm believer that there is more to love about cookbooks than just recipes. 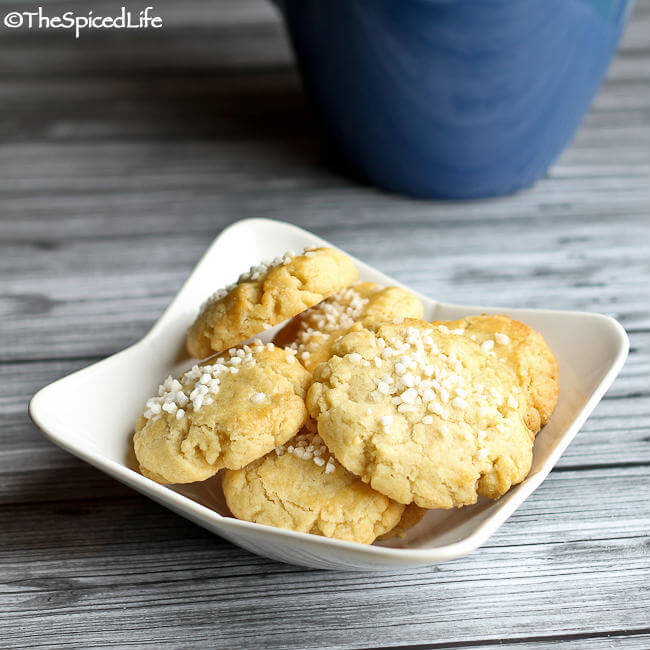 This book more than rewards on that level. The writing is informal and very entertaining. I cheerfully read all about preserving meat and vegetables, and found it very entertaining–and more than one recipe has been bookmarked. I was even inspired to take a picture of one page and send it to my mother! We had dined at a very exclusive, expensive and well regarded Spanish tapas bar a few month ago, and we were both horrified to be served mushy (probably canned) white asparagus. I love (fresh) asparagus, and was intrigued to see what Weiss did with it. The dish, topped with a fried egg, almond-bread crumbs and grated preserved tuna called mojama, looks fantastic and if I can figure out the tuna part I will try it. But anyway, in the headnotes, one of the first things he says is

“For this recipe, any type of asparagus works well except for that insipid canned garbage the Spaniards love so much for some reason…. I’ll stick to the fresh stuff, gracias….”

Perhaps you needed to have been at that dinner with my mom, but this just cracked me up. And reassured me that one can love Spanish cuisine without loving mushy asparagus! 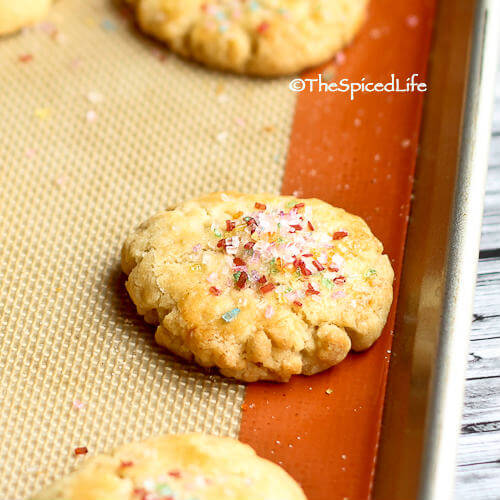 This kind of irreverent reverence pervades Weiss’s book. He knows his Spanish charcutería and clearly loves it as well. He also knows what he likes and is not afraid to disagree with tradition, as in the case of the asparagus (he does note that the asparagus growing season in Spain is traditionally short, thus leading to an appreciation of canned asparagus). I am hoping he would therefore understand what I did to his cookie recipe.

And yes, surprisingly but delightfully, the book does include desserts (which was a relief, I won’t lie, because all of my unexpected medical issues made big food projects a little unappealing).

I was instantly attracted to these cookies, Perunillas, as they are a lard based cookie. I had fallen in love with a similar Spanish cookie several years ago in the form of these Spanish tender cookies, probably another version of Perunillas, although not identical. Then, as now, I was wary of the cinnamon and lemon combination. Unlike then, I went ahead and tried the recipe as written, flavored with lemon, cinnamon and anise flavored liquor.

None of us cared for them. I adored the texture, but there is something about lemon and cinnamon together which just does not appeal to me, and apparently not to my family either. So Alex and I sat down and re-worked the flavors to our taste, and the whole family adored them. Crumbly, tender, a little flaky, Alex and I had a blast making these. We sprinkled some with tiny pearl sugar and some with colorful coarse sugar.

Print
Vanilla Citrus Perunillas
This recipe make a lot--cut in half for a smaller batch; adapted from Jeffrey Weiss. Weiss wrote the recipe in weight measurements and I did not have time to translate to volume.
Course: Dessert
Cuisine: Cookies, Spanish
Author: TheSpicedLife
Ingredients
Instructions 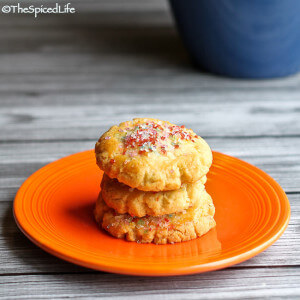