Nawabi Guchhi Mattar, or Indian Royal Mushrooms and Peas in Cashew Nut Sauce, in the Slow Cooker is a sumptuous Indian side dish that will elevate any Indian meal into something special. Affiliate links have been used in this post to link to items I am discussing. 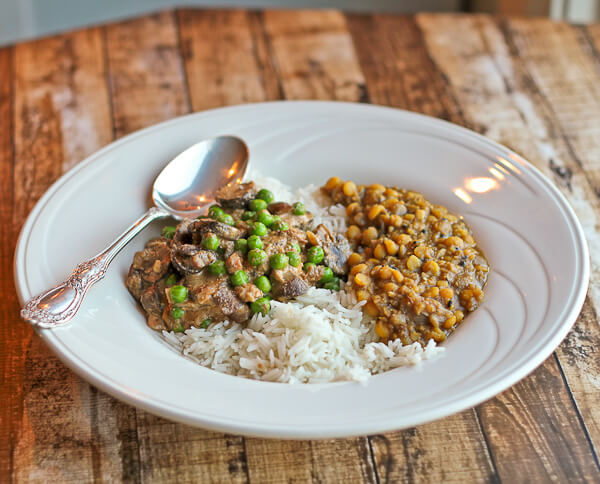 Like many name liberties I have taken in the past in languages I do not speak, I hope I have named this dish correctly. The dish I adapted from in Prerna Singh’s incredibly useful and delightful (if a little utilitarian) The Everything Indian Slow Cooker Cookbook is called Nawabi Guchhi. The Nawabs were the Muslim royals of ancient India according to the headnote, so I surmised from this that “guchhi” must mean mushrooms (I hope!). Peas of course are a New World legume and would not have been present in ancient Indian cuisine. But I thought peas would be fantastic in this rich mushroom curry, freshening it a bit (I was right), so I added them, and I added the Hindu word for peas, “mattar” to the title. But it might be that Indians or those with a greater knowledge than myself of Indian cuisine are staring at my title in horror. Or maybe even my dish, it is hard to say! When I asked one Indian friend on Google+ if I could just sub peanut butter and call it a day she basically said hell no, but fusion cuisine is hot in India right now so if you try it report back and let us know.

That made me laugh, but I decided to stick with cashews, albeit roasted and salted instead of the raw the original dish called for. 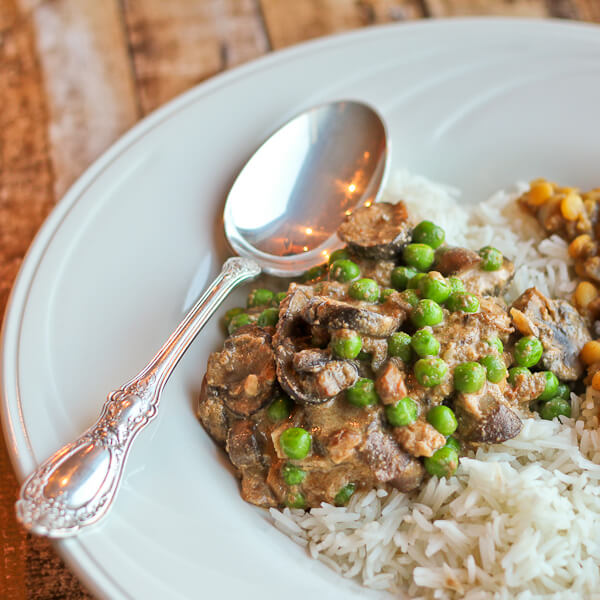 Now this dish, unlike most Indian “curries” I post (more on those quotation marks in a minute) is a side dish, not an entree. To me anyway. Like much of Royal Indian cuisine it is sumptuous and rich. And delicious, but the kind of delicious you want a smaller portion of. So I served it with a thick dal (we prefer thick ones, served with rice). This Masoor Dal Khade Masale Waali is decently similar to the dal I served (I did not write the recipe down); please excuse the photos–that is an old post!

You may have noticed I put the word curries in quotes up there. I was chatting with a local Indian woman, a fellow mom (her daughter goes to the same school as Sammy’s BF, so I do not really know her but I met her at the park while Sammy and her BF were playing); anyway, the subject of Indian food came up and to my surprise one of her complaints was the Western tendency to call everything a curry. I won’t lie I was a little self conscious! I pointed out that if I did not use the word curry chances are most people doing Internet searches would not find my Indian dishes. She understood of course, and I do not mean to imply she was harsh or critical, but it did leave me wondering about the use of the word curry. I will be the first to tell you that curry, derived from “kari,” simply means sauce. And from that perspective, I guess I thought the word curry did apply to Indian dishes cooked in a sauce. What do you think? If you are Indian does this bother you? 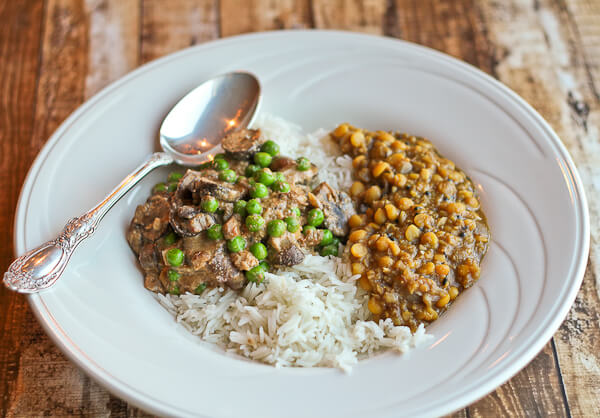 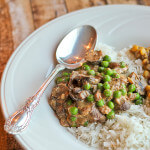 Affiliate links were used in this post but only to link to items I would be discussing and linking to anyway.