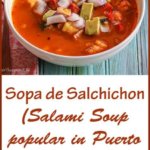 Sopa de Salchichon, or Salami Soup, is a delicious soup served in Puerto Rico and the Dominican Republic, and is perfect for cooler days in the summer. Affiliate links have been used to link to items I am discussing. 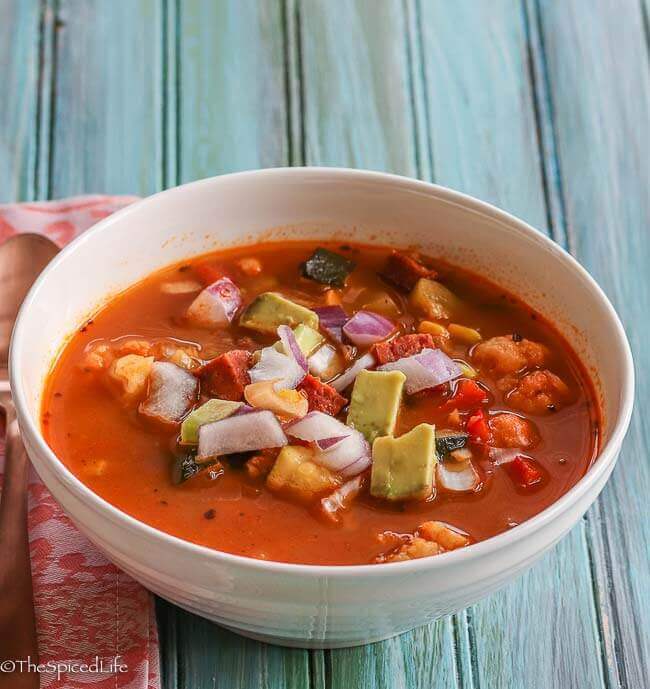 People my next three months are insane. This could mean more posts, if I am organized (ha!) or maybe more long gaps. Obviously I am hoping for the first. Don’t be surprised if I share some posts that are just photos, as we are headed out west, to Deadwood, the Badlands, Jackson Hole, and places in between. I just purchased an Olympus TG-5 Waterproof Camera, and I am prepared to take photos everywhere, including from horseback and floating down a river in the Tetons. After that of course is the beach–maybe we will get some underwater shots this year! And then comes the kids’ camp, which technically leaves me with free time but somehow makes my summer feel more cramped. Ack!

Wasn’t summer longer when we were kids? 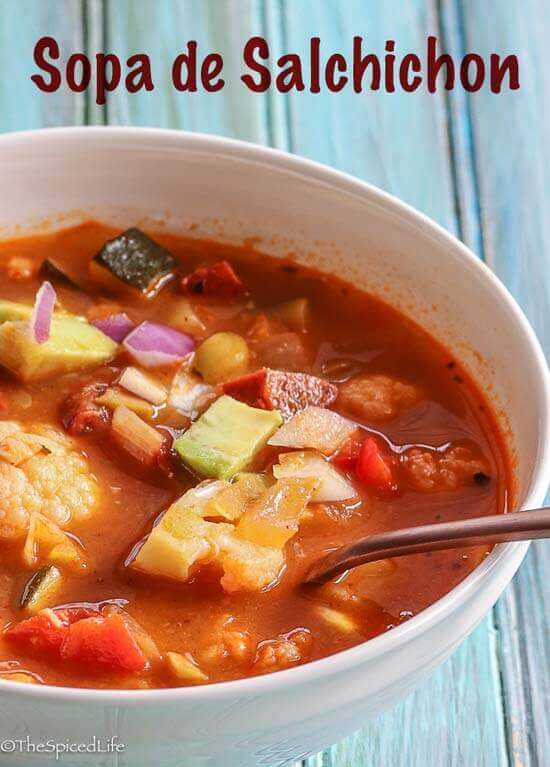 Anyway. Speaking of warm weather places, I thought about subtitling this Puerto Rican Salami Soup but then realized it is also popular in the Dominican Republic, at which point my title was too unwieldy, and decided to leave it as just Salami Soup. I prefer the thought of the soup with  a particular culture attached to it however, because for whatever silly reason the idea of salami, which to me means Italian hard salami or Genoa, does not sound great in a soup. I found the recipe in Fine Cooking, which I am shooting you over to for their recipe, and they use mortadella, which I do not really love. Internet research supported the idea that summer sausage is a popular choice, so I went with that. 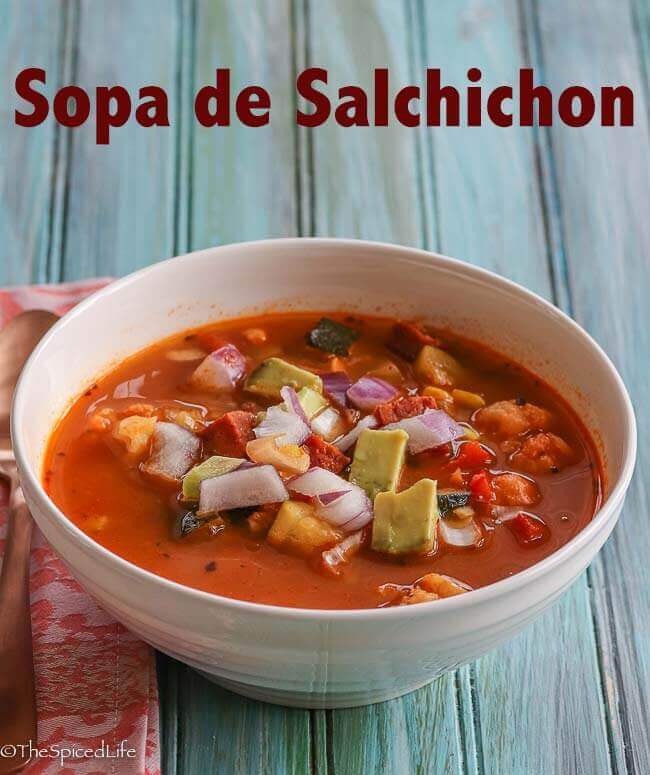 One of the pratfalls of learning international cooking is refusing to make something until you know you can get it right. Sometimes that’s worth doing, for example obtaining and using Makrut lime leaves in Thai curries. But most of the time that’s a load of hooey. Of course the risk is not knowing which is which until you have the 100% authentic version. That conundrum happened with this Sopa de Salchichon as I made a lot of substitutions. Which is why I am shooting you to the original recipe, but I am happy to tell you what all I did. 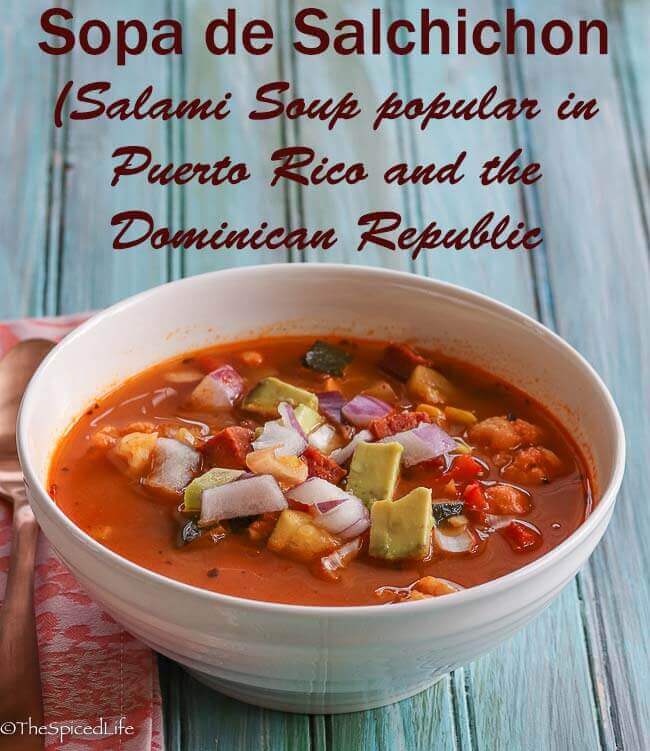 I left out the fresh oregano, yuca, corn off the cob (I made it before decent corn was in the store), mortadella, habanero (ha! Alex would die!), and radish. Instead I used zucchini, cauliflower, a much smaller amount of dried Mexican oregano, frozen organic corn, summer sausage, an habanero based hot sauce on individual servings, and chopped red onions that were first soaked in cold water to kill their burn in place of the radishes. Honestly I think my version probably turned out just fine except for possibly the healthier sub of cauliflower for a root vegetable. But then again without serving it to someone from the Greater Antilles I will never know! 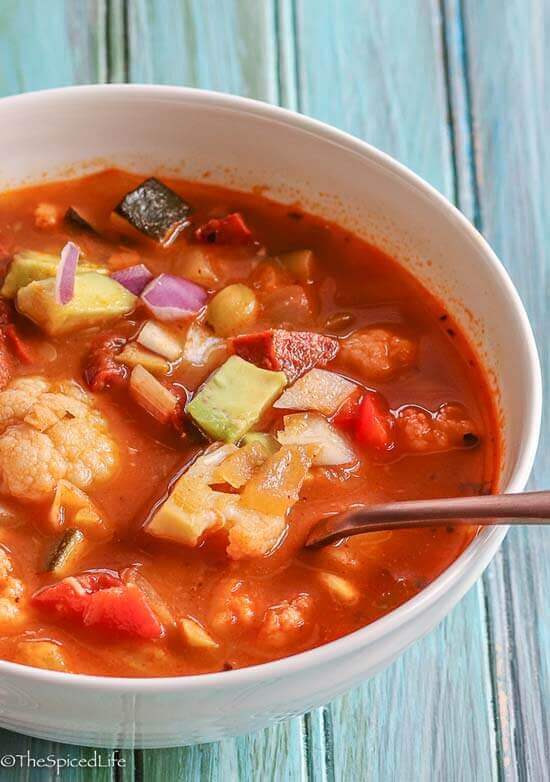 I liked but did not love Sopa de Salchichon, but it had an easy explanation. This soup was another attempt on my behalf to like olives, which I regard as one of my great foodie failings. It worked in the sense that I liked the soup ok, but it failed in the sense that every bite I had with an olive, I wished it was not there! The olive lovers in my family, on the other hand, enjoyed the soup.

Looking for a Sopa de Salchichon collage to pin? 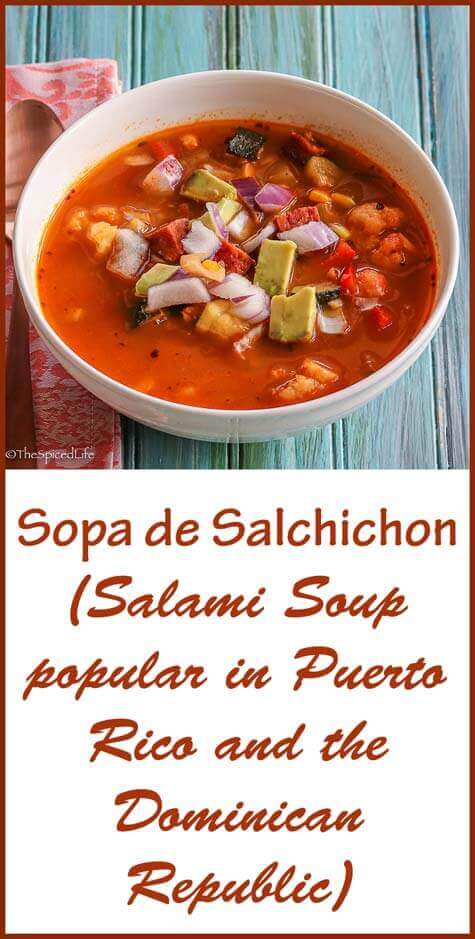