A Mexican inspired hot chocolate laced with tequila and a pinch of chipotle powder kicks the holiday season up a notch! This post was sponsored by Casa Noble Tequila, who sent me a bottle of their tequila, a small stipend, and who is giving away copies of Margarita Carrillo Arronte’s Mexico: The Cookbook to two of my lucky readers (giveaway is now closed)! Affiliate links are used in this post to link to items I am discussing. 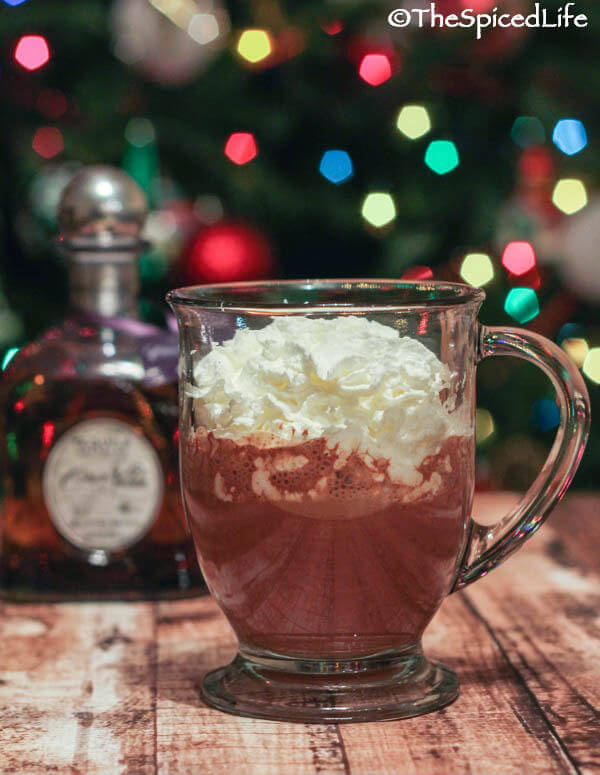 So when a representative from Casa Noble tequila reached out to me about this campaign, my first reaction was ack! how do I balance that with reviewing Mexico: The Cookbook (which the publishers had already sent me)? Which I already knew I loved. But still. … So I split them into two posts, and you can check out my initial review–and these awesome Pot Beans with Chipotle Beef Stew-here. As I have mentioned before, Phaidon’s cookbooks are just getting better, including more photos (200 in this book) to balance out all of the awesome recipes (700!). I adore Mexican food–it is my true comfort food, and I love how many options Arronte’s tome gives. It is not just the same enchiladas and tacos, and includes tons of regional variations. (The giveaway is now closed–thanks for entering!)

The only requirement for me was to make something Mexican inspired using Casa Noble tequila. Now I have cooked with tequila before–it makes a fantastic chicken marinade, and to be honest I can still imagine many more tasty ways to cook with tequila. However, when someone offers to send you a bottle of  premium tequila reposado it is hard to stop thinking of drinking it! And while my favorite way to drink tequila will always be a simple lime margarita on the rocks, it is December and this is the holiday season. 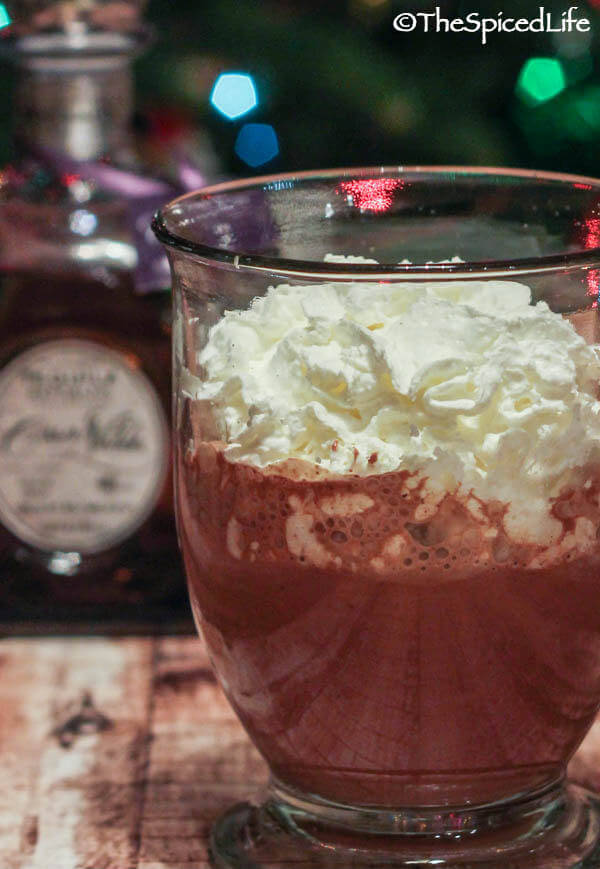 And I was flush with the success of that Spiked Voodoo Mocha. I knew I wanted this drink to be more about the chocolate (so no coffee), using a good stone ground Mexican chocolate. And I wanted it to have a kick–both alcoholic and spicy. I did not adapt my recipe from anywhere in particular, but I did check out a recipe in Michael Turback’s Hot Chocolate

as well as the hot chocolate recipe in Arronte’s book. The first time I made this hot chocolate laced with tequila, I used less milk, creating a very thick and rich drink, which is why in the pictures the hot chocolate does not fill up the mug. Having been served drinks with that consistency in restaurants I know that some people really like that intense chocolate experience. I prefer something a little thinner–where I am drinking a drink and not a sauce! So that is how I have made it since then. But I have left a range of milk in the recipe so you can make it to your taste.

I used the Cacao Puro from Taza Chocolate–1 1/2 discs per serving of hot chocolate. If you have ever had Mexican style chocolate, you know it has a very distinct texture from being stone ground. It is not a silky smooth European chocolate. However, its chocolate flavor is all the more distinct and fruity for that, as it has been very minimally processed. Because of that grainy texture, I highly recommend using a handheld blender to mix your hot chocolate, but you can of course vigorously whisk until it is all dissolved as well. I just blend a single serving right in the pot before pouring it into my mug and topping with whipped cream. In Mexico, I believe they would use less chocolate–and they might use water instead of milk (although Arronte calls for milk), which is why I have called for such a large range of milk. It is all to taste. I like my hot chocolate in a happy middle–and I did not want the tequila to overwhelm it. Instead the tequila, the kick from the chipotle and the chocolate are all balanced nicely. If you like cinnamon with chocolate (I do not!) then adding a pinch of it will make it even more Mexican. Arronte infuses her Chocolate con Leche (Hot Chocolate) with a cinnamon stick. Just make sure it is Ceylon cinnamon, and not the basic American grocery store cinnamon, which is not cinnamon at all, but rather cassia (delicious in its own right but not what you want here).

Regarding the tequila, in my completely inexpert opinion, reposado tequila is the best for mixed drinks, although I would not hesitate to use a premium silver. Reposado is a notch above basic tequila–even basic premium--as it must be aged a little bit, but it is not the super expensive long aged tequila that should probably be sipped straight to really appreciate. Casa Noble’s reposado is aged for 1 year in French oak barrels, which my research indicates is the longest a reposado can be aged and still be considered reposado. It is smooth, complex and delicious in hot chocolate–and that is all I am really qualified to say about it! Well that and I know it would kick butt in a margarita too.

I have, ahem, tested this recipe a few times–you know to make sure I got it right. I’m dedicated like that. But I am not one for drinking during the day, so alas my pictures were destined to be un-color-balanced. Sigh. But hey! Happy Winter Solstice! And hooray for the light coming back! 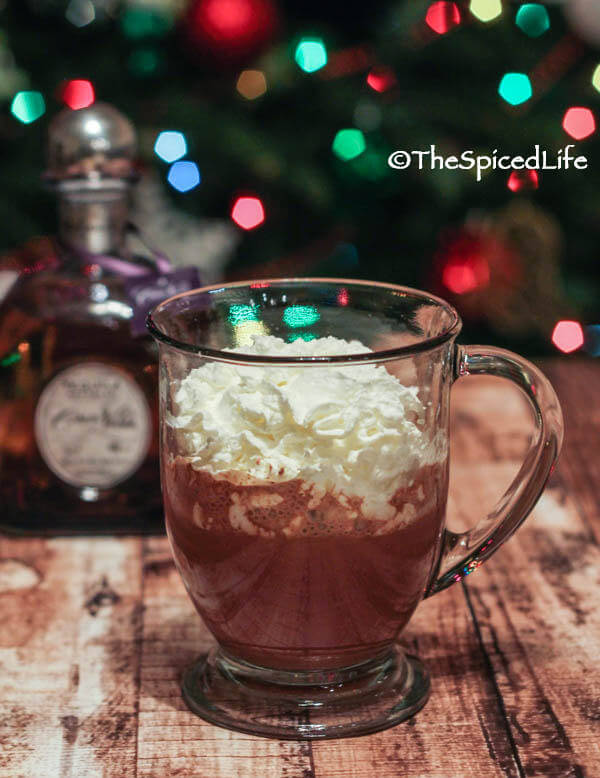 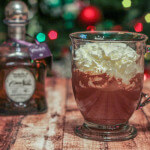 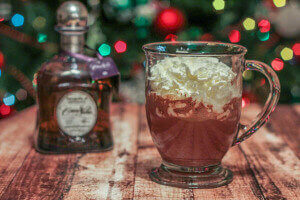