You are here: Home / beans / Farro and Corn Bowl with Indian Accented Veggies 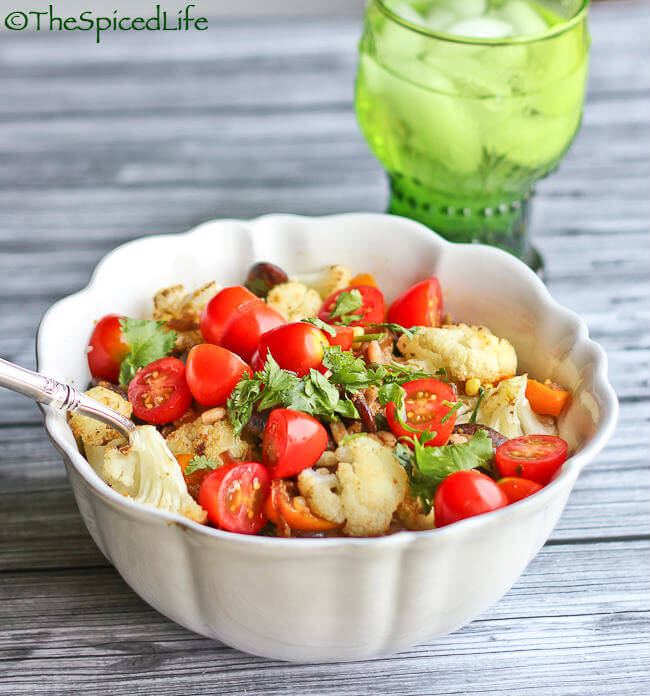 I never got on the quinoa bandwagon. That is probably apparent to anyone who reads this blog regularly. I find it bitter, and even when rinsed enough to get rid of the bitterness, I then find it difficult to cook exactly the way I want it (not soggy or super soft). But this is not meant as a diatribe against quinoa, but rather to say if quinoa is your thing, I bet it would be fantastic in this dish. I just could not think of a graceful way to name the dish “Any Whole Grain You Want” and Corn Bowl…. 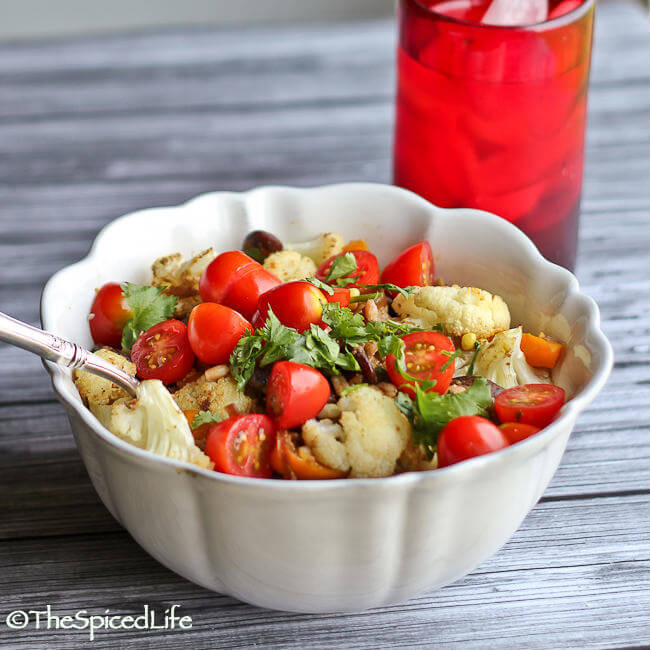 I love (semi-pearled) farro. I love its chewiness, and I love how easy it is to cook using the pasta method. I have never had it turn mushy or soft. And it works with anything. I have used it with Spanish flavors, wild mushrooms and steak, Asian, and other flavor combinations. Basically farro can be used anywhere you would use any other grain. I prefer semi-pearled because it is much faster to cook.

Once you have the grain, the protein and veggies are up to you. I wanted something with cauliflower roasted with chaat masala, because we adore that around here. So everything was built from there. Chickpeas are probably the more natural legume to think of (and easier if you want to use canned), but I decided to cook some dried Christmas Lima beans. From there caramelized onions were also a natural. Now, I adore this dish with chaat masala, but if you do not have any and do not want to make any, do not fear. I bet this would be really good with garam masala also–but if you go that route be prepared to add a little extra salt.

I couldn’t decide between the picture with the green glass and the one with the red glass–what do you think? 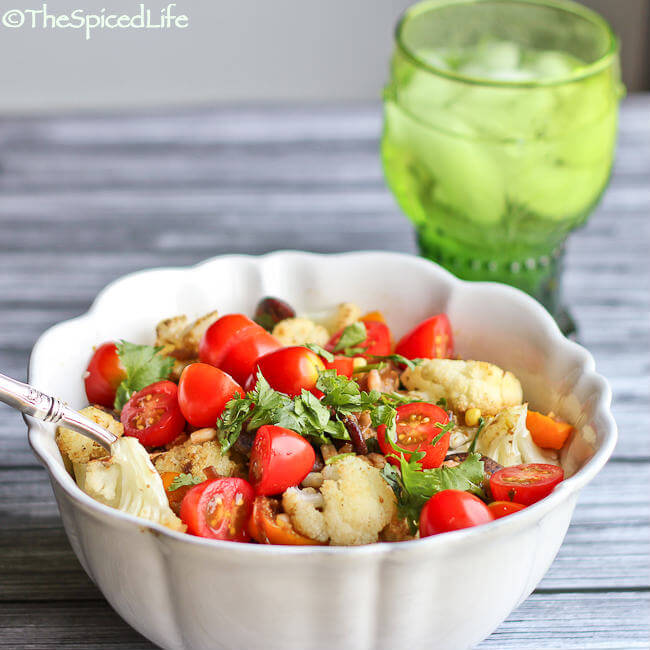 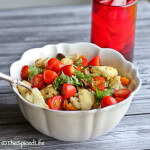 Print
Farro and Corn Bowl with Indian Accented Veggies
This recipe seems to involve a lot of work, but all of the work is simple. If you break it down and just work it into your day (or cook the beans in advance), it is really not that bad.
Course: Entree
Cuisine: Indian
Author: TheSpicedLife
Ingredients
For the beans:
For farro and corn:
For cauliflower:
For the bowl:
For assembling:
Instructions
For the beans:
For the cauliflower:
Work on the farro bowl while the cauliflower roasts:
To assemble:
« Vanilla Salted Browned Butter Rice Krispy Treats
Blueberry Delight with Lemon Cream: Using Community Cookbooks »