You are here: Home / beans / Beer Braised Beef with Thyme, Mushrooms and Beans 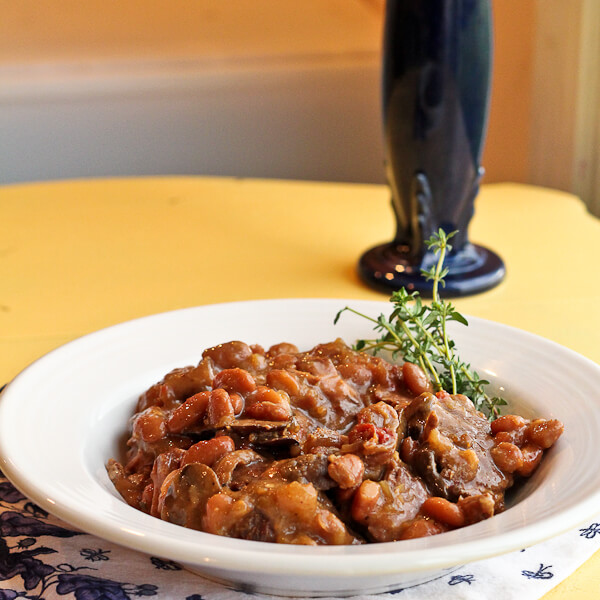 I spent all weekend frustrated by the terrible light, brought on by extremely dark, stormy skies. And then slowly became aware of what was going on in the world around me, and was grateful that all I had to worry about was lighting for food photography. The devastation in Texas and Oklahoma has been just that, devastating, and there are no adequate words. So like others, I hugged my children, told them how lucky we are, and tried to get the images out of my head. Wished I could do more, but from hundreds of miles away, donations are about the extent of it. Likewise, there is no graceful way to segue to food, other than to say a more comforting bowl of food could not be had. 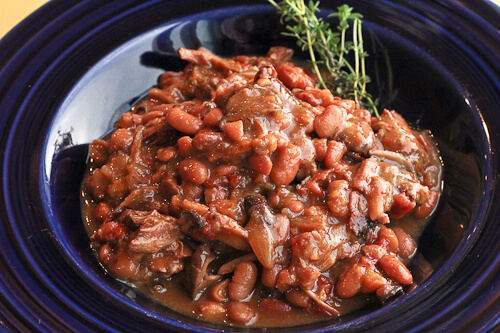 I loved this meal, which I adapted from a Rick Bayless recipe. I knew I would–beer, braised beef, mushrooms, beans, what’s not to love?–but it exceeded my expectations. It is luscious, velvety and rich without being too heavy or fatty. It needs nothing other than a green salad to be served with it, and maybe a squeeze of lime to brighten it up. It can be made with canned beans, but I am convinced that homemade beans and their cooking stock really elevate the dish. And be sure to use good, hearty mushrooms. Any wild mushrooms will work, just avoid the white buttons. 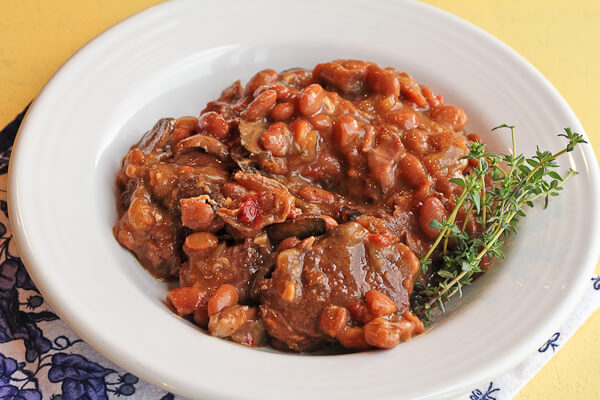 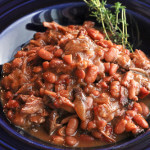