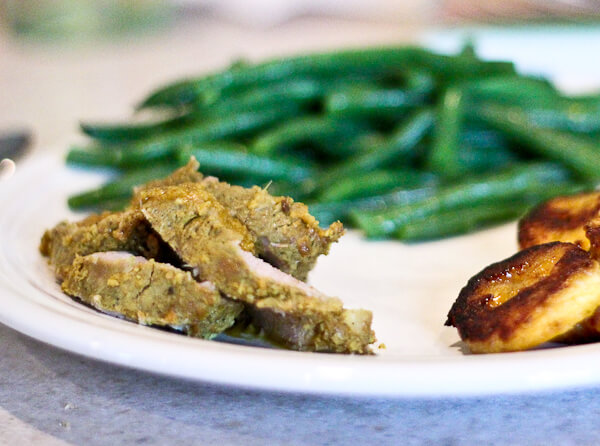 We have a weird summer coming up.  I don’t think I have ever been gone from my house for such a large span of time (all of July and half of August).  No camps this year, no garden vegetables, no pool membership.  No blueberries will be frozen come July, no early tart apples will be turned into pie.  (I do hope to still freeze tomatoes in late August.)  It’s just a strange feeling. 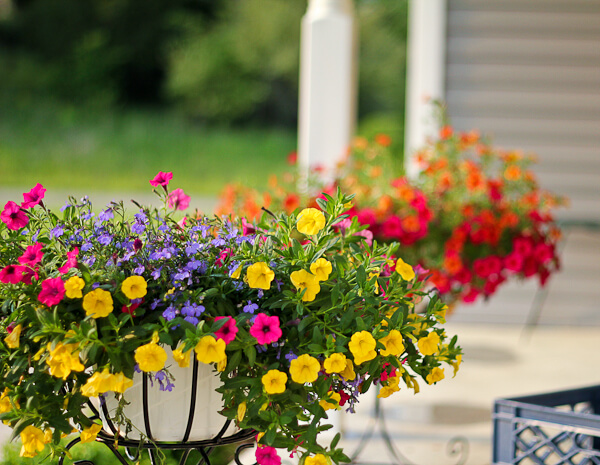 No I didn’t plant these! I’m way too lazy. But aren’t they gorgeous?

But I still need to plant the flower and herb beds.  For one thing, even if I only have access to them for a month or 2, fresh herbs are just too wonderful to not plant (and many of them last well into October here).  For another thing, my flower bed is a a gradual work in process, as I slowly plant more and more perennials and win the war I am waging against the longstanding weeds that ruled this field before we built our home.  In other words, I cannot afford to take a summer off. 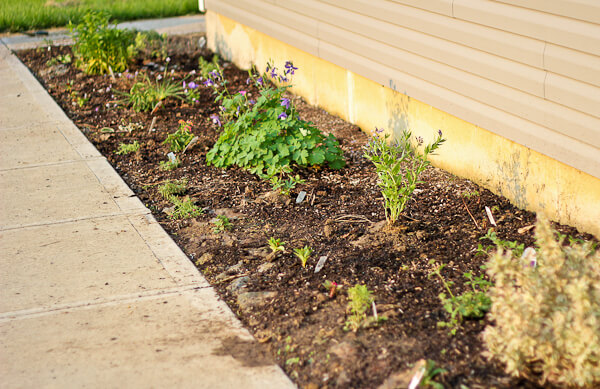 The bed still needs to be mulched, and of course there are tons of annuals that have not started flowering yet as well as a few perennials that have not come up.  But you get basic idea of the work that was done today here.

However, I certainly could have picked a better, read: cooler, time.  The heat index was above 90 F today!  Given we had frost last week, you can imagine none of us have acclimated to that kind of weather yet.  I’ll be waiting for the cooler weekend to mulch, that’s for sure!  Heat stroke red is not a good color on me and I am pretty sure my face has been wearing it for the past 3 hours.  But it is a good feeling to be done. 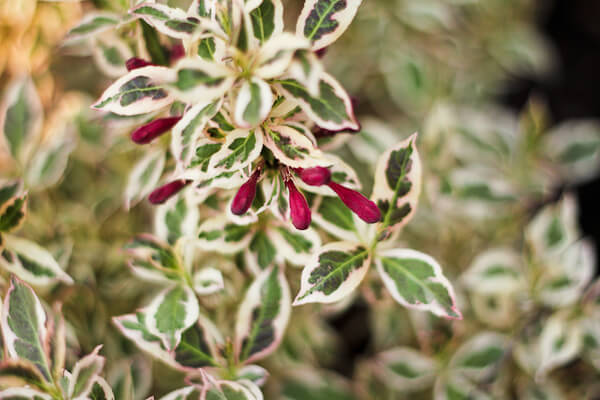 My “My Monet” shrub is flowering! It’s never done that before! A sign it is happy?

Although I did not make this pork today, it would have worked well in this heat (yes I am still behind).  Roasted or grilled tender hunks of meat are a good bet in warm weather, especially because you can serve them with cold side dishes (heck you could eat the pork itself cold, for example at a picnic).  In the case of this pork, which was marinated in a vindaloo-inspired sauce, I served it with fried sweet plantains and cold green beans (because we like them cold). 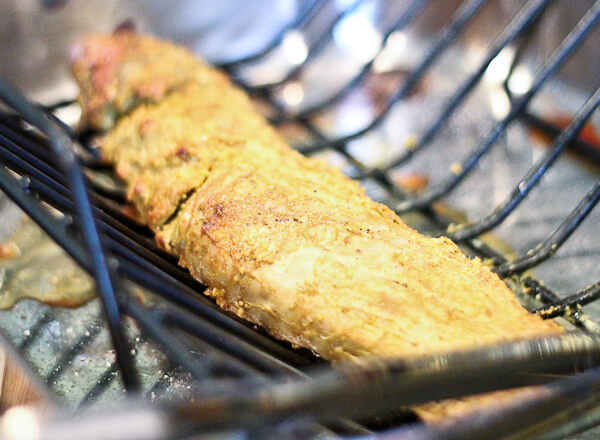 A few notes about the dish: Allow yourself time to marinate the pork-the longer it marinates, the more flavorful it will be.  The recipe calls for apple cider, but I did not have any.  I chose to use white wine (soured wine which had turned into vinegar on the long boat ride from Portugal to Goa, India was the original inspiration for vindaloo) instead, and added some brown sugar.  I also doubled the marinade recipe (the recipe as written is a single recipe) so that I could boil the extra and turn it into a sauce to serve serve with the pork.  You might also do this if it sounds good to you.  I found the recipe in Floyd Cardoz’s fabulous One Spice, Two Spice: American Food, Indian Flavors

, a cookbook which focuses on Indian Flavors in “Western food.” 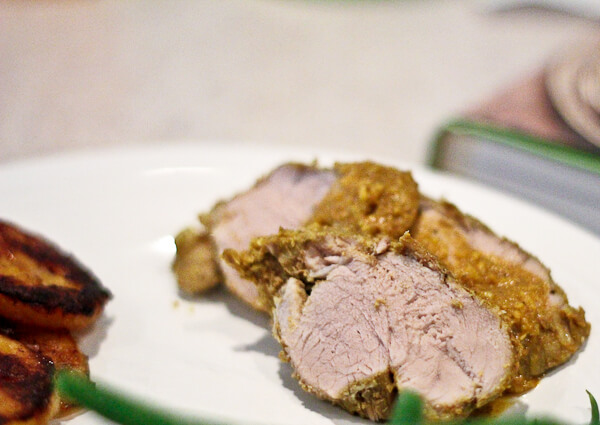 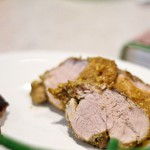 Amazon affiliate links were used in this post, but only to link to items that I would be discussing and linking to in any case.