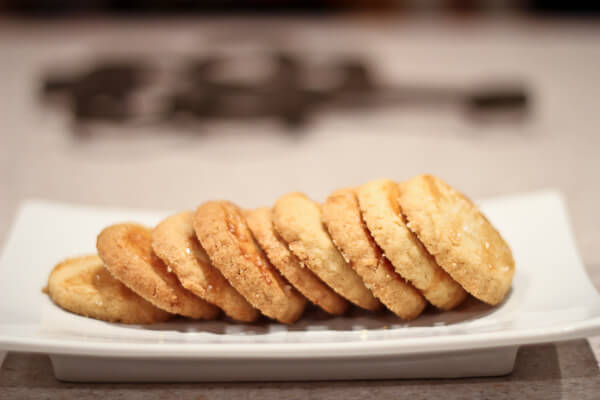 With apologies to my dairy free friends who also keep kosher or halal, I have to tell you that these cookies were so delicious, so sublime, that they might have replaced traditional butter-based Scottish shortbread for my favorites of this type of cookie (I will continue to make both though, because Scottish shortbread is fabulous in its own right).  I made them out of desperation, but they will surely be made again and again out of desire. 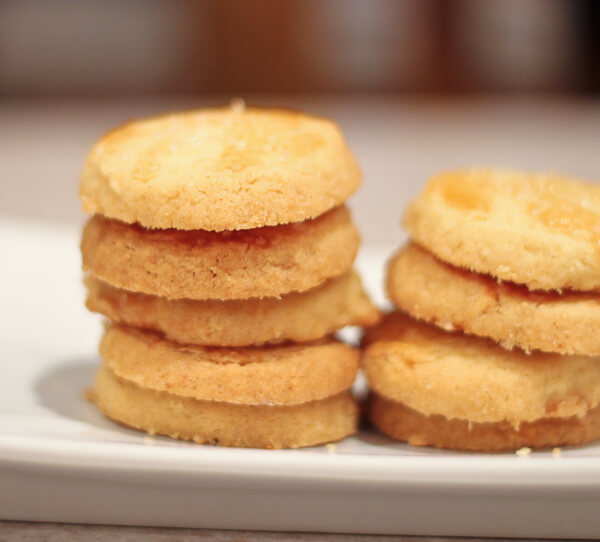 I found this recipe in La Cocina de Mama: The Great Home Cooking of Spain

, by Penelope Casas, which I had picked up at the library.  A decision, that, I might add, had completely the opposite effect from that desired by my husband.  I am now determined to own this book.  I love homey, rustic cooking, and this book is full of it.  I hope to make a savory meal out of it soon.  But for now, these cookies… 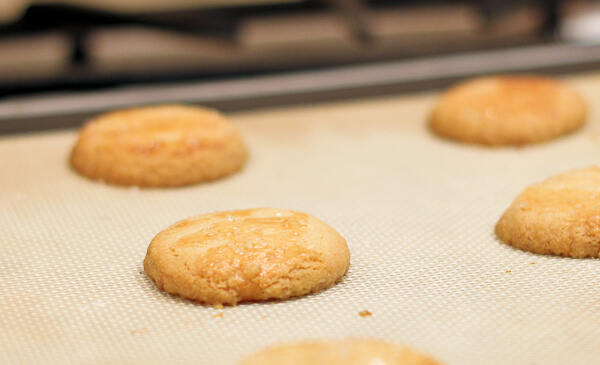 Yes these are made with lard.  I have said it before, but in case you missed the lecture, lard is healthier than butter (less saturated fat), it makes good use of that pork tenderloin you ate for dinner (i.e., it is not wasteful of the other pig parts), and it is natural, unlike, say, shortening.  If you use a good, freshly rendered and roasty-tasting lard, it makes the best pie crust you have ever tasted in your life.  When my pie-making mom switched to it I became a crust eater, after having avoided the bland crust my entire life.  It is tender and flakey and absolutely delicious.  Not coincidentally, these cookies taste like a cross between shortbread and pie crust.  I literally whooped and hollered when I made them, because I had been terrified that having gone dairy free I would never again experience that tender, crumbly, flaky, melting sensation of shortbread in my mouth.

One quick note about the recipe title: I could not taste the lemon or cinnamon, I think they just contributed to overall flavor.  I left Casas’ title intact below, but did not use it in my post title because I personally find it a little misleading (but you won’t mind having been misled!). 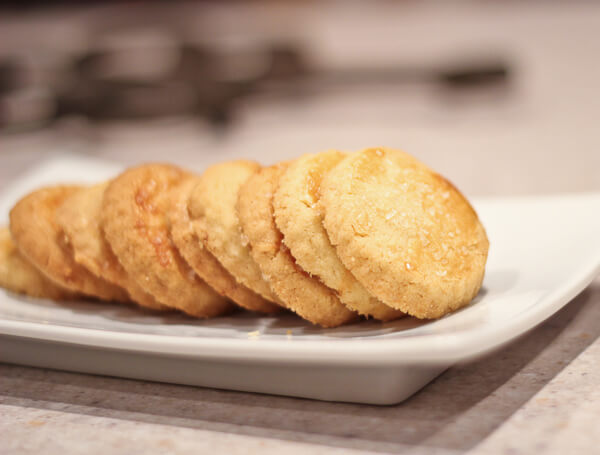 Amazon affiliate links were used in this post, but only to link to items I would be discussing and linking to in any case.