You are here: Home / misc / The South of Morocco: A Very Delayed Open Letter to Sammy and Alex 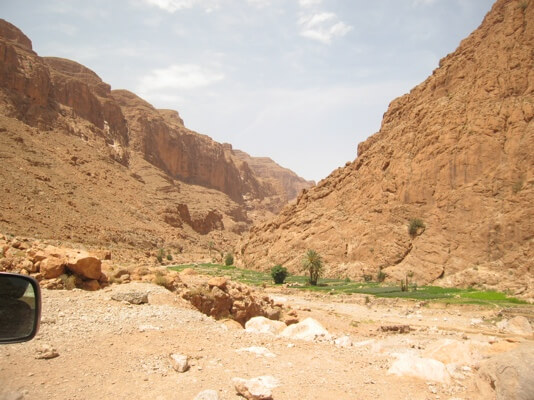 Dear Sammy and Alex: As you all know by now, Mommy got pretty sick on our Moroccan vacation, and so the rest of our time in Morocco went by in a blur of nastiness and housecalls from doctors who gave me shots in the butt.  Literally.  But even though you have heard most of the stories, and even though we are now at the beach, I still want to finish these letters about our trip.  After leaving the Sahara, we spent the day driving to Ourzazate, during which time we did get to stop at the Todra Gorge.  I was in no shape to appreciate it but it was absolutely beautiful. 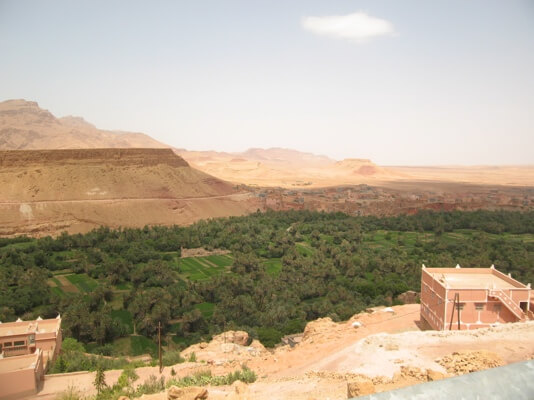 The gorge has been formed by a naturally occurring river (which is a rarity in southern Morocco) formed, I think, by the snow run off in the mountains.  It is really something to be driving in dusty, ochre-hued southern Morocco and suddenly come upon greenery like this!  Many of those trees are fruit bearing date palms (I guess not all date palms actually bear fruit).  Staring at them made me long for home on some level, I won’t lie.  I think I need a lot of green in my summers. 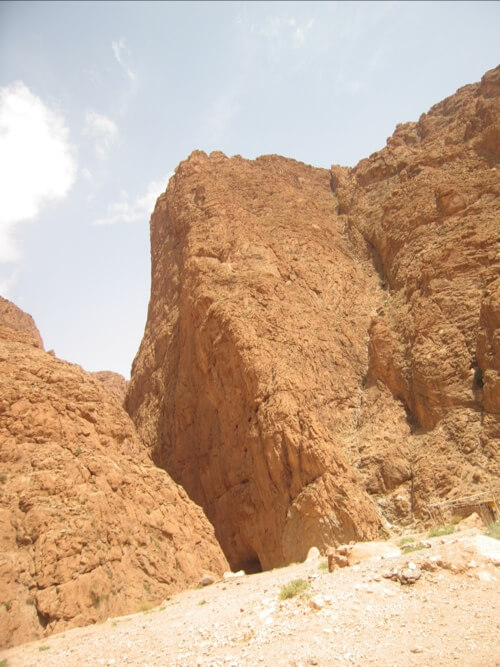 This is a better shot of the gorge itself, although we were pretty much hampered by my complete lack of desire to get out of the car and walk around.  I am not a very good patient when it comes to stomach illnesses, I confess. 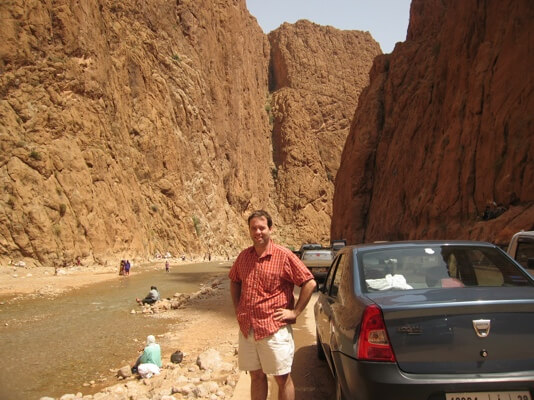 Foreigners and Moroccans both vacation at the gorge, having picnics by the “river” and swimming in it.  It sure looked tempting!  By now December was starting to sound really good to me, a big blizzard would not have gone unappreciated.

The next day we finally went to get me some medicine, and unfortunately the pharmacist gave me the wrong antibiotic.  So the next day, driving over the Tizi Tichka pass in the High Atlas Mountains, I am afraid we did not stop for any photos.  As you can see from these pictures, that is a real shame.  My time in Marrakech passed in a blur.  Dar Attajmil, the dar we stayed in, was absolutely lovely, the best of all.  They treated me like family, made me rice and noodles, brought me bread, called the doctor for me, went to get me the (this time correct) antibiotic.  After 2 1/2 days of pampering and medicating, during which time poor Daddy explored Marrakech alone, I finally, on our last day, did get to shop for some spices and see the famous square in Marrakech, Jmaa el-Fnaa.  I did not explore it for long, still feeling queasy, but I did quite unintentionally end up holding these 2 monkeys (apes?) for a small fee (more like bribe to get them to take the animals back!). 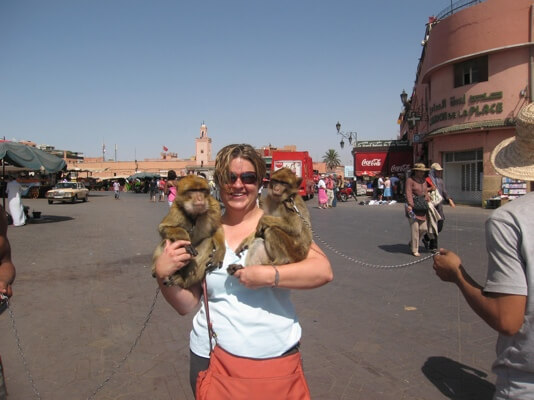 Thank goodness I had instant hand sanitizer on me.  Love, Mommy and Daddy.