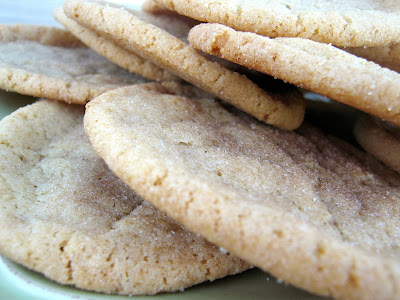 I have always wanted to be able to say something was simply stupendous!

I made Snickerdoodles from scratch for the first time this week. Is that weird? We just were not a Snickerdoodle family growing up. I don’t think I ever even tried one until I was in my twenties! And the few I tried did not inspire me.

A few years back my brother in law and his wife made us a homemade dry Snickerdoodle mix as part of our Christmas gift–it was wonderful and left me wanting to try to make my own. But of course I forgot about it–like I said, Snickerdoodles were not on my rader. 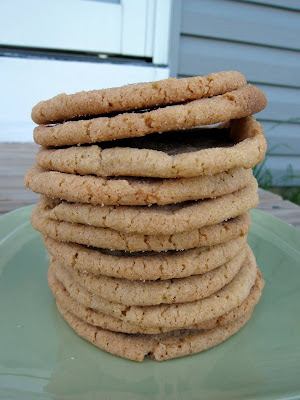 Well they are now. I was craving a really mild baked good yesterday, something sweet but not too rich, nor too strong (i.e., chocolate, strong lemon, etc). For some reason I thought of Snickerdoodles. I was a little nervous about the recipe because it said the cookies would flatten, and I am not crazy about flat cookies. Except these, apparently. I loved this recipe. Crisp and chewy at the same time, these were disturbingly addictive. John could not stay out of them either. Late last night I divided what was left in half and sent some into John’s office because it was becoming apparent to me we would eat them all in a short period of time if they were all in the house. 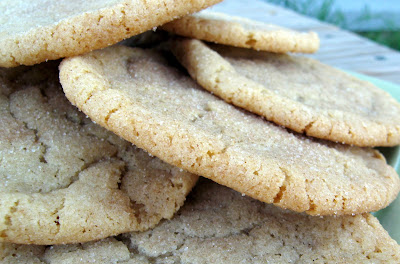 I strongly recommend you use the best Vietnamese cinnamon (cassia, not true cinnamon or Ceylon cinnamon) you can find for these cookies. Luckily I had been sent some from Grace over at A Southern Grace (thanks again, Grace!). Maybe not the most original use for this cinnamon, but I promise you it was just about the best. If you are not lucky enough to win a fabulous blog giveaway, Penzey’s is another great source for Vietnamese cinnamon. 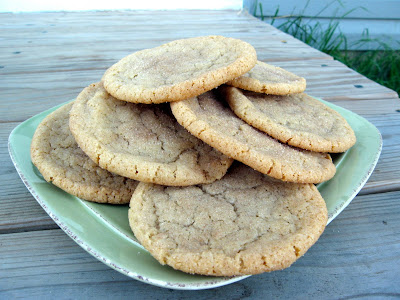 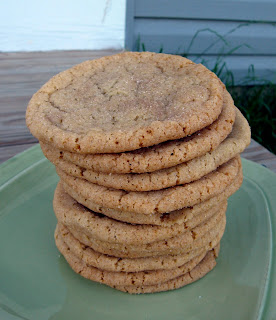 Preheat the oven to 375 F. Line a cookie sheet with parchment paper or silicone. Whisk together the flour, baking powder, baking soda, salt and cinnamon. Set aside.

Using a mixer or muscle, cream the butter with the sugar until light and fluffy. Use medium speed if using a mixer. Add the eggs, one at a time, and continue to beat. Add the golden syrup and vanilla and beat until totally mixed, scraping down the sides and bottom as needed.

Add the flour mix to the butter in 2 additions, mixing on lowest speed. The dough will be somewhat stiff; finish by hand if need be. In the meantime, whisk the sugar and cinnamon together for rolling (I did not measure, I just eyeballed until it looked cinnamon-y enough for me).

Pinch off pieces of dough to form balls slightly smaller than 2 inches in diameter. Roll into a ball in your hands and then roll the ball in the cinnamon sugar mixture. Place on the pan and flatten a bit with the palm of your hand (you can use a glass but I am too lazy). When the pan is full (I fit 12 to a pan), sprinkle more sugar and cinnamon over the tops of the cookies. Be generous–the cinnamon is what is flavoring these cookies.

Bake for 9-11 minutes, rotating front to back halfway through. The cookies are done when they have browned a little at the edges. When you remove the pan, the cookies will abruptly deflate–don’t worry, they are supposed to. Let cool on the pan. Let the pan cool completely before baking another batch (or use a second pan). 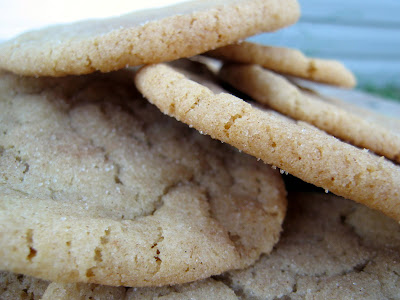