You are here: Home / chicken / Noodles and Veggies Stir Fried in an Asian Peanut Butter Sauce 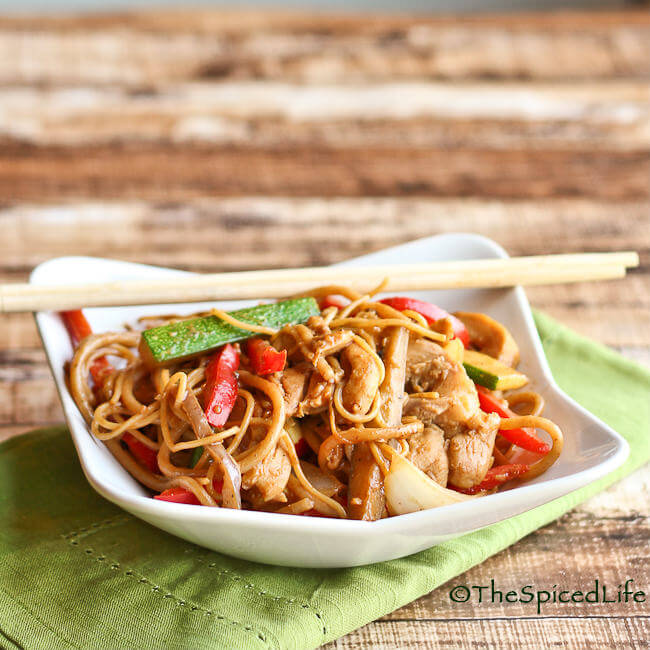 Proof that the brain is a muscle like any other: since my surgery, i.e., since all these weeks of not really using my brain and just reading guilty pleasure regency romances (yes I admit it!), I have writer’s block. Maybe not big time true writer’s block, the way some long suffering novelist might get, but I have spent an awful lot of nights staring at a cursor on a blank screen. The baking is coming along, the cooking is not bad, but the writing is like pulling teeth!

So I guess I will just get to the dish! These Noodles and Veggies Stir Fried in an Asian Peanut Butter Sauce are based on this noodle recipe over at iFoodReal. I did change some things around, but not enough to bother writing the recipe out separately. I used high fiber spaghetti noodles and angel hair (a mix of what I had around) in place of the soba noodles. I totally forgot to retain some of the pasta boiling water (don’t make that mistake!!!!) so I ended up thinning it with water with some cornstarch whisked in, which sounds crazy I know but it worked. I also used a lot more peanut butter. Because, ahem, I was not measuring and was just tossing stuff together.

Speaking of the just tossing… I think any veggie that sounds good to you would work in this. The original recipe had kale, peas and peppers. Mine has peppers, zucchini, yellow summer squash, and the delightfully named fairy eggplant (which I convinced my kids to eat because of that delightful name!). In the spring I would use peas and pea pods and greens for sure, but that is not what was in the farmer’s market right now. I also think mushrooms would have been yummy, but alas I had none. The point being, it’s a great basic recipe–run with it! 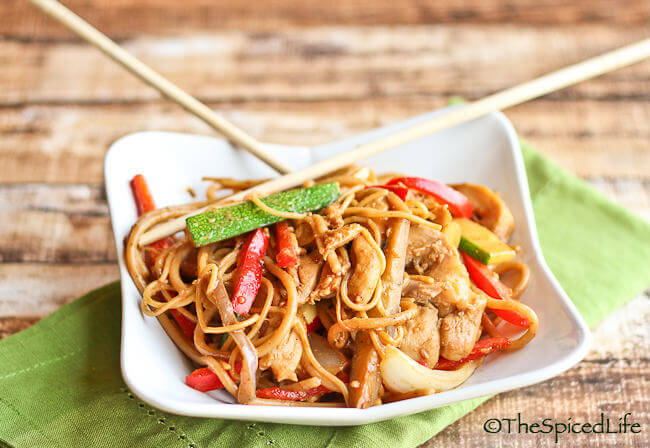