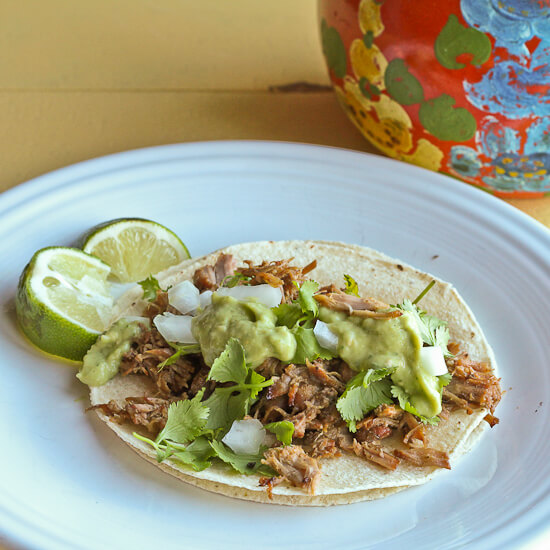 Believe it or not, I had never made carnitas before this. I have no idea why, given that Mexican food and braised meat are 2 of my favorite things ever. I recently purchased Roberto Santibañez’s Tacos, Tortas, and Tamales: Flavors from the Griddles, Pots, and Streetside Kitchens of Mexico

, and was feeling really inspired to make some kind of taco filling last week (before we left for the beach). This wonderful little book is full of tons of idea for taco fillings; my mom was visiting and I thought she would like the carnitas a lot.

, he offers a method for carnitas involving lard and sweetened condensed milk. I would still very much like to make it that way, but I chose to go with the method in Tacos, Tortas and Tamales, which uses Coke. I am not a fan of the stuff in general (or any cola products), but I could see how it would braise down with fatty pork and caramelize into deliciousness. And it did. 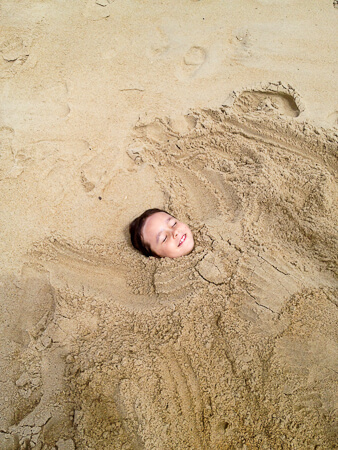 I have to apologize for the lag between posts. We will be at the beach for the upcoming 2 (squee!) weeks, soaking in the sun and surf. Or getting buried by uncles. You know, beach stuff. 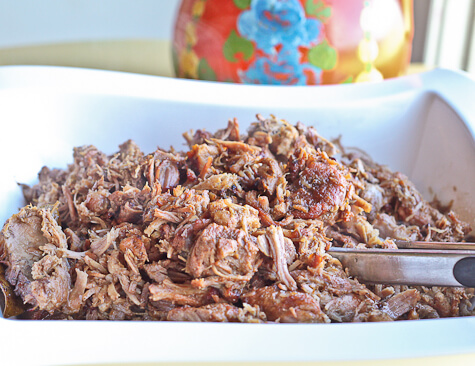 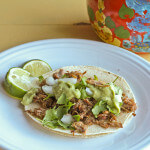