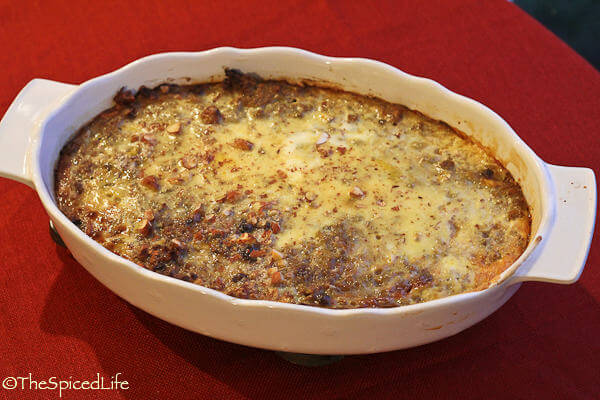 Bobotie is one of those iconic dishes that is so commonly made in its place of origin that there are as many different versions as there are homes–the land of origin in this case being South Africa, specifically Cape Malay. So although I have featured Bobotie before, I was perfectly happy to try a different take on the delicious casserole.

I found this version in Clifford A. Wright’s Bake Until Bubbly: The Ultimate Casserole Cookbook

. The main differences between it and my previous version are less eggs, a different fruit preserve (he calls for apricot, last time I used mango, this time I used peach jam, jam or preserves are both fine), and a homemade spice blend instead of curry powder. It is this last which really attracted me to trying it, and it definitely made a difference. I love curry powder but it is a distinct flavor that erases all of the nuances between different households’ masalas (spice blends). And if you are wondering atr my use of the word masala for a South African dish, this casserole definitely has its roots in Indian cuisine, having come with the Dutch from Malaysia and Indonesia, where that version was called bobotek, and was popular with the slaves there, which included Indians. 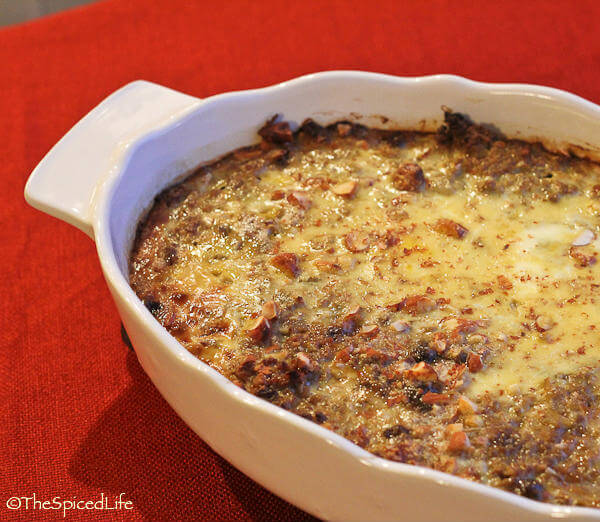 I actually doubled this casserole (recipe as written below is for one casserole) and sent one in for the teachers at Alex’s and Sammy’s school for Parent Teacher Conferences. I know someone told my husband that they really enjoyed it–truthfully I have no idea how its more exotic appearance went over with the majority. I do believe as long as they gave it a chance they would enjoy it. It’s blending of savory, spicy and sweet is a combination that in my experience most people have a taste for. I, for one, love it.

My main changes were in my use of peach preserves, as discussed above, and I also used half ground turkey. I used half ground turkey (totally untraditional) because I get my beef from local producers, and as a result it usually just comes in one fat content, probably around 15-20%, and this is not a dish that needs a super fatty meat (although nor should it be completely lean, you don’t want it to dry out while cooking), so I cut the fat by using half ground turkey but it retains the more intense beef flavor. 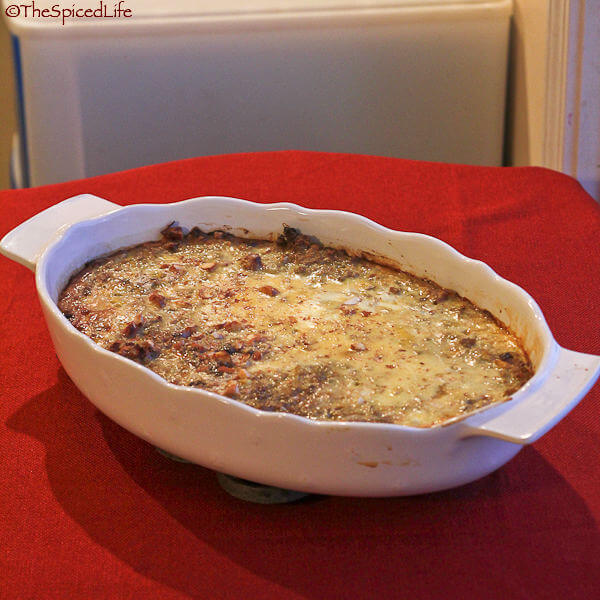