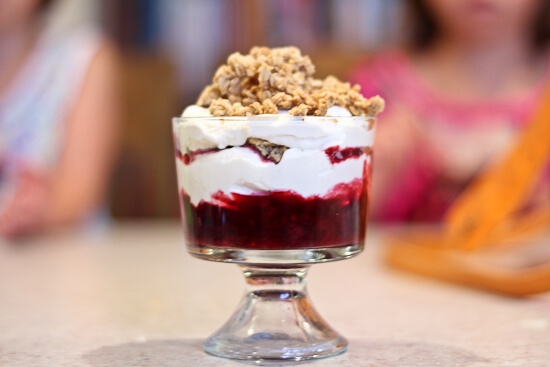 I am willing to buy certain fruits and veggies year round. Maybe because they are only available from far away (citrus, anything tropical), they are not grown in abundance locally (broccoli) or they are so necessary either in the winter (onions, peppers, garlic) or for specific preparations (galangal, lemongrass). But certain fruits and veggies, we only eat seasonally. My kids spend all year eagerly anticipating watermelons, berries and tomatoes. Peaches. Corn. 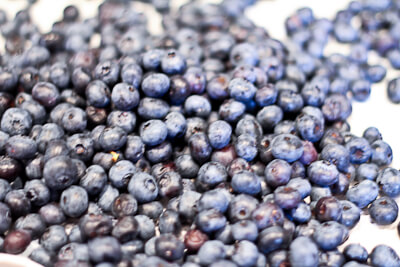 Some of these, like watermelon and stone fruits, we literally do not eat off season. Some, like corn, we buy frozen from the grocery store (domestic and organic for corn). But some, namely blueberries and tomatoes, we spend the summer frantically freezing, so we can enjoy them year round.  Not out of hand, of course–only freshly picked is good for that. But frozen tomatoes are fantastic in sauces and curries, and frozen blueberries are delicious in crisps, pies, cobblers, on top of yogurt and in quick breads and pancakes.

The key to freezing tomatoes and blueberries is clean, dry and loose. It goes without saying to do this with freshly picked produce–and if blueberries do not grow where you live (as is the case with me), for goodness’ sake, order some from a farm in Michigan!  First clean them. Then let them air dry completely on towels. Then place them on a cookie sheet with rims and place them in the freezer. Do not pack them until they are solidly frozen. Vacuum packing is best, but a freezer ziplock bag works also. 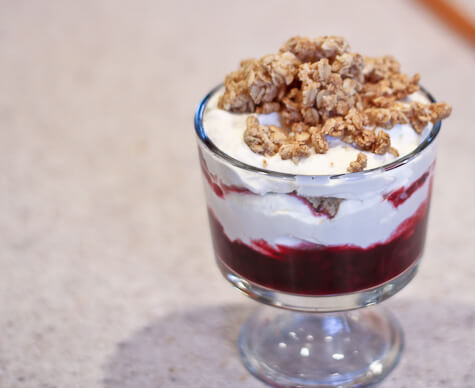 During blueberry season, we freeze, bake and eat at least 30 pounds. We adore them. John brought home 23 pounds to freeze and had to go back for several more pounds that day because so many were eaten before I could get them frozen. In addition to eating fresh, we also make a lot of blueberry desserts, I made this parfait (can I call it a parfait if it had no ice cream?) based on a crisp, but instead of baking the crisp and serving with ice cream, I made the crisp topping and blueberries separately, and then layered them with vanilla whipped cream. It was a huge hit with John and myself. True to their ages, one girl wanted it without the blueberries and one wanted it without the crisp topping. Of course both wanted the whipped cream. 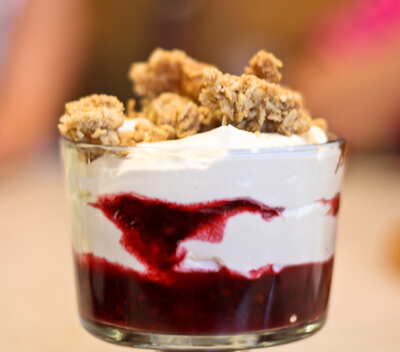 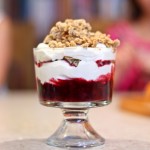