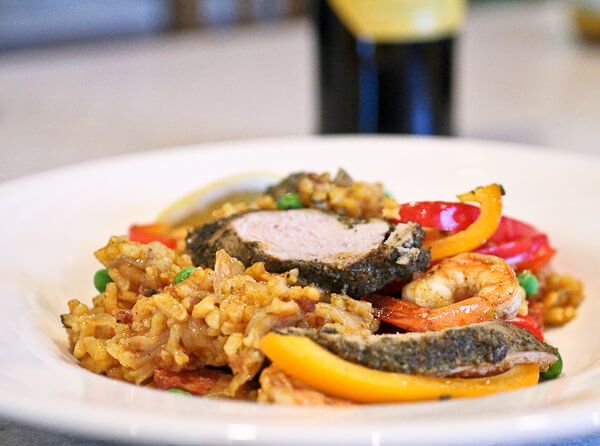 “Paella is a dish of poverty… If you have only a bit of leftover chicken and other odds and ends, you can make paella….” -Jose Puig, via Seductions of Rice, Jeffrey Alford and Naomi Duguid

I love this quote.  This elasticity in the approach to paella was what led me to pick the recipe that I found for World Kitchen, believing that with so many different kinds of proteins (meats, sausages, seafood) included, people would be more comfortable using what was appropriate to their taste and lifestyle.  However, somewhere along the way I forgot that paella is also all about the rice, and the recipe I chose had, frankly, lousy instructions for cooking the rice.  That’s all on me, and I feel bad because Sunday morning when I looked at the recipe, I immediately realized that I did not feel good about the rice instructions.  Unlike some of the other people participating in World Kitchen, I am lucky enough to have loads of other cookbooks to consult, so I was able to make what I think was an extremely successful fairly authentic paella.  But for anyone who had trouble: I am so sorry!  Next time I will do better! 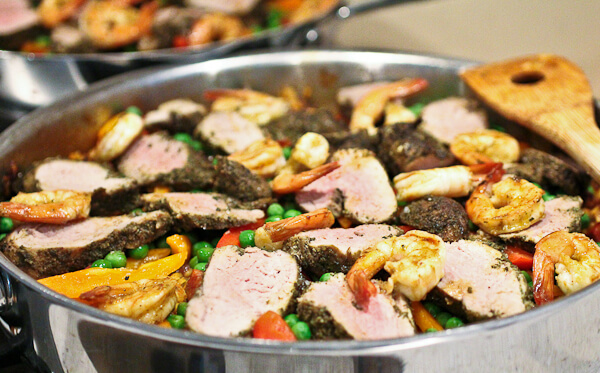 About the event itself.  It was awesome.  If you are able, I so hope that next time you can join in because it was tons of fun.  Something about knowing we were all making the dish at the same time was really confidence-boosting (and I must say I got extra encouragement and instructions about the rice from Paula Wolfert (@soumak on Twitter), who was on twitter that morning, and World Kitchen participant Kelly (@ceallaigh on Twitter) of Kelly and Austin, who had had cooking classes in Spain).  You know what, I put that last point in parantheses but I want you all to stop and think about that.  I got advice on making paella the morning I made it from one of our country’s foremost authorities on Mediterranean cooking.  And people wonder why I am on Twitter!  Those of us who participated in World Kitchen  shared pictures, we laughed over our errors, we celebrated the successes.  And I am pretty sure we all ate really well.  I didn’t hear anyone in my family complaining! 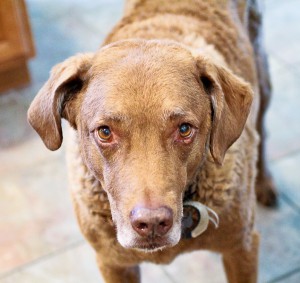 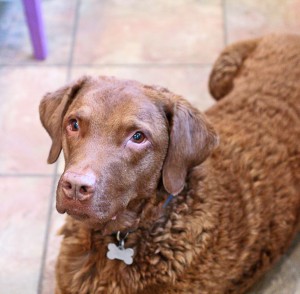 These 2 were especially not complaining, as they shamelessly begged during all of the pork, shrimp and sausage prep!  Notice the complete concentration, as though by force of will alone they could get me to drop some tenderloin silver skin.

In honor of the successful day we had, to encourage you all to make some paella (better late than never) and to encourage you all to participate next time, I have 1 gram of 100% authentic awesome Spanish saffron to give away to one lucky reader!  The saffron is being provided by our first World Kitchen sponsor, MySpiceSage.com.  I will randomly choose a winner midnight the last night of April, Saturday, April 30 (that night, technically early morning of May 1). Here are the 2 ways you can win (leave me a comment for each please): 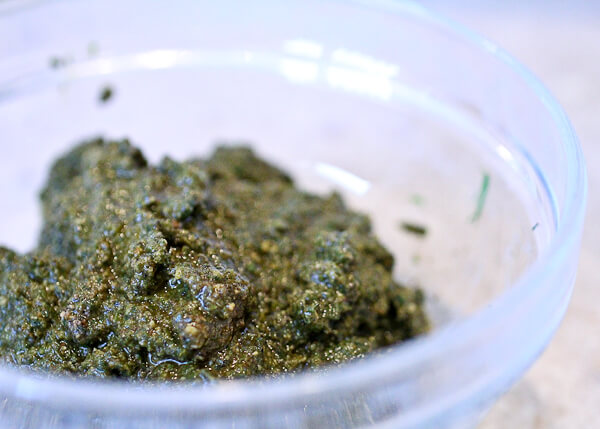 This marinade might be the best thing I have ever smelled. Ever.

A few notes about the rice.  Short grained rice is what should be used for traditional Spanish paella.  We had people make it with long grain rice (I don’t blame them given the instructions they had!) and I personally have no problem with that.  But if you want to make authentic Spanish paella and use short grain rice, here are the things that I learned (and which I believe need to be emphasized to an American cook, because we have different instincts): First, use a Calasparra rice from Spain if possible (many say Bomba is the best but I have heard some disagree), but failing that find a Spanish short grain rice, or, in a pinch, use a good Italian arborio (which was what I had to do).  These short grain rices are used (unlike, for example, a Japanese style short grain rice) because of their awesome ability to absorb a lot of liquid.  The Bomba in particular absorbs a ton.  So the first thing you need to know is that there is no magic amount of liquid for the rice.  Whatever you think you know about rice to water ratios, throw it out the window (and if you see a recipe claiming a 1:2 ratio will do it, find a new recipe!).  Instead you are going to watch the pan and add liquid as it is needed, much like a risotto.

Second, again much like a risotto, the liquid you add should be simmering.  Third, do not rinse or soak the rice.  Fourth, you may see recipes that call for boiling the initial liquid before adding the rice and you may see some which call for roasting the rice first.  As far as I can tell this is regional and/or depends on whether you have access to a second flame or burner (remember that paella was traditionally cooked over a single open fire).  I chose to roast the rice first, but made sure that my liquid was simmering when I added it to the pan.

Fifth, and this one really threw me, do not cover the rice while it is cooking.  And do not stir.  Instead, what you do (and this really did work), is first cook the rice at a slow boil or vigorous simmer, shaking the pan to prevent the rice from sticking.  Then, you will reduce the heat further and further, but always maintaining at least a very gentle simmer, adding liquid as needed and shaking occasionally.  The rice will cook in about 25 minutes or so.  Prepare the maximum amount of liquid and use it as needed (you may have a bit left over–better than not having enough).  Keep in mind that after you turn the heat off, some liquid will still absorb into the rice as you let the pan sit for 5-10 minutes.  This will not be as creamy as a risotto, but nor should the rice be light and fluffy.

One final note before beginning: this recipe is huge because the master recipe was huge.  It would be easy to cut in half; I did not because I was working with a large package of frozen fresh Spanish chorizo and I did not want to waste it.  Ergo, the bigger recipe got made.  Just cut in half if you prefer. 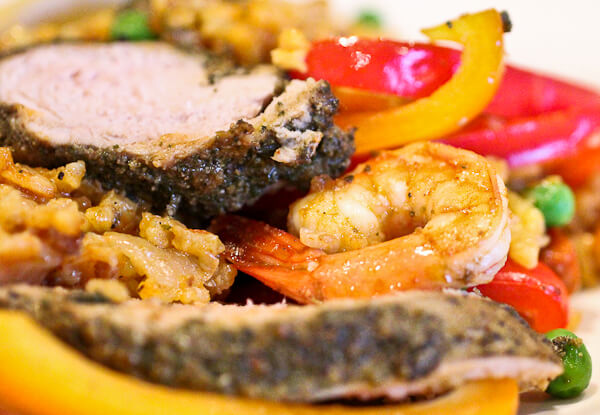 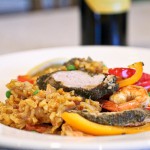 Shout-outs to the cookbooks that helped me: Paula Wolfert’s The Slow Mediterranean Kitchen; Seductions of Rice by Jeffrey Alford and Naomi Duguid (the best all purpose rice book you can own); and The New Spanish Table by Anya vom Bremzen.