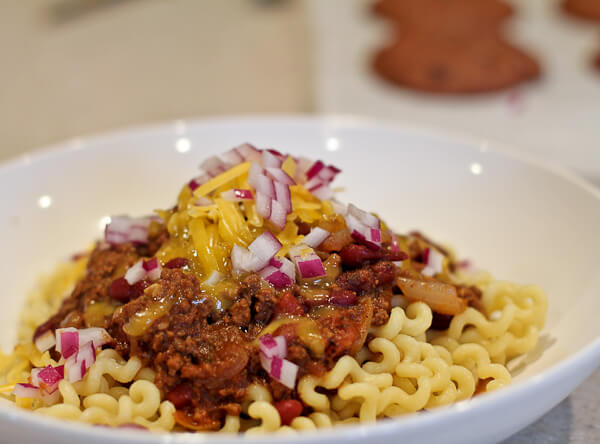 2 years before starting this blog, I began keeping a journal of the food I made.  I included brief recipes written in shorthand along with sources for the recipes and our impressions.  Basically I was working my way up to being brave enough to start this blog. (On an interesting sidenote John always claimed I would not stick with that journal and even though I obviously have only in blog form he still likes to tease me that he always knew I would quit.)

The point being, I have a lot of recipes that I love that have never made their way onto this blog because I think of them as “having been done.”  Which is true, but not particularly relevant because no one but me will ever reference that journal–and I cannot find the recipes that easily anyway.  So I think I am going to start looking through that journal when I search for recipes to make.  It will be an interesting journey back in time as well as a great source for recipes that I already know were a success with this family. 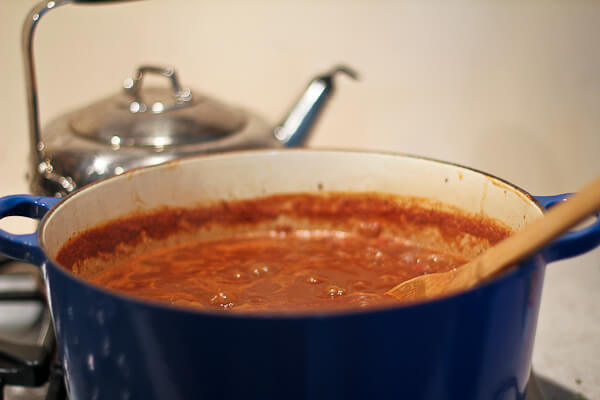 One such recipe, that I made right before I started keeping the journal, but I remember loving but forget that it is not already on my blog is Cincinnati Chili.  Growing up, I was always very disturbed by Cincinnati Chili, I think not just because it is sweet but because many of the standard fast food places that serve it are, ahem, rather on the greasy side.

But then I tried making my own.  And discovered it was a lot like a Middle Eastern stew (I was just told it is Greek in origin, so I was not too far off).  Rather like ladling a kheema over noodles. If I stopped expecting it to be chili and just expected it to be good, I discovered it really is.  Quite good.  Spicy, slightly sweet, rich and fragrant with cinnamon, this is a fantastic meal any time of year, but especially in the fall or winter.

The first time I made this recipe I think I used a Sara Moulton recipe, but I have no idea where it is anymore.  So instead I adapted from the recipe over at What’s Cookin’, Chicago (I did not change too much), which was originally taken from Cook’s Illustrated.  And yes I, like Joelen, know that the beans are usually served as a garnish.  But we love beans in this house so I just cooked them into the chili. 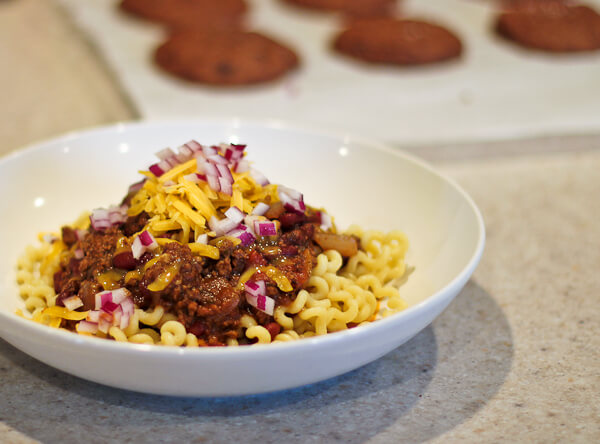 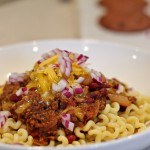