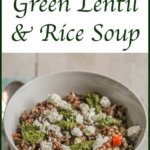 Tajik Green Lentil and Rice Soup is hearty and warming, perfect for winter, easily made vegetarian, and elevated into something really special with goat cheese and a simple homemade herb paste. Affiliate links have been used to link to items I am discussing. 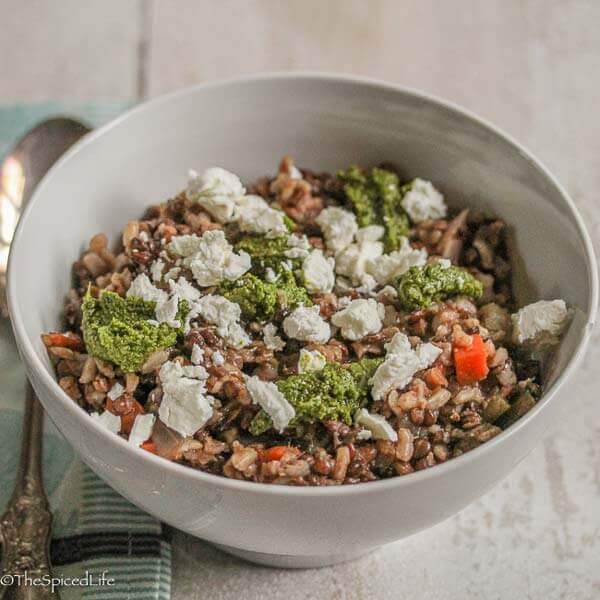 Did you guys know Ratatouille (the movie) was controversial when it was first proposed? Rats are just one of those animals that inspire a wide variety of reactions, and apparently people were super concerned that the idea of a chef rat was just, well, too gross for audiences to handle. The marketing team in particular was challenged by the movie. Now of course it is hard to remember a time when Remy the rat was not one of Disney’s more enduring adorable characters. But it explains a little bit why I have taken some time to introduce the newest members of our household on my food blog. I am not bothered by rats–indeed I encouraged Sammy to choose rats over hamsters, guinea pigs and the other “small pets” that kids end up with. But I am aware of the bias against rats, even though it frustrates me. They are super smart, can be trained, are gentle and affectionate– really there is no down side to a domesticated rat beyond ignorant prejudice (sorry extended family members who are wigged out by rats). So anyway, without any further ado, meet Neville and Draco, the newest members of the family: 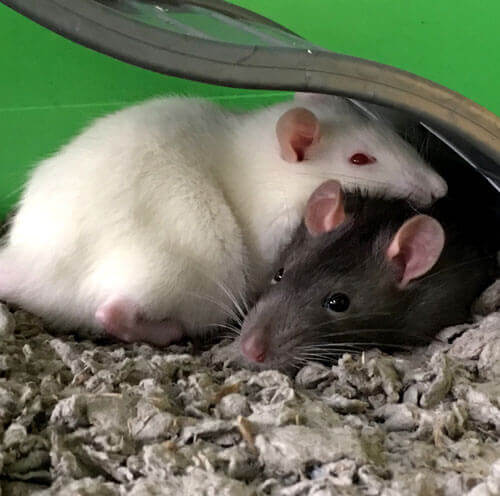 The Harry Potter fans can probably guess that Draco is the albino and Neville is the other one. Oddly–and contrary to expectations but perhaps in line with what the creators of Ratatouille were thinking– rats are omivores, like us, and can eat a lot of what we eat–which means they can eat the scraps we produce when prepping dinner. I think of them as warm and fuzzy composters who do not produce compost but do at least eat my waste. So far Draco really likes apples (no seeds, don’t worry) but Neville is not such a fan. Neville loves cherry tomatoes and sweet bell peppers. 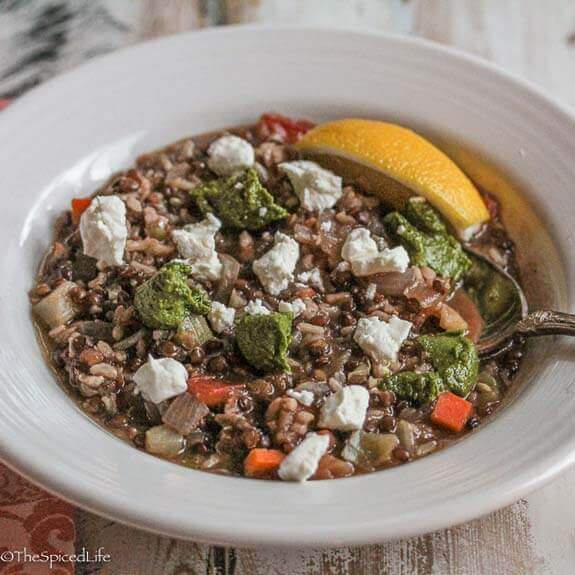 Despite what I just said, Draco and Neville would have had trouble consuming much of what went into this Tajik Green Lentil and Rice Soup because interestingly they cannot burp and therefore can die from gas. So legumes are a no go. I have avoided raw onion and celery as well. But they love carrot scraps!

OK, onto Tajik Green Lentil and Rice Soup. You may notice my soup is not very soupy. I did not catch the last instruction in the recipe, which said to add hot water at the end to desired soupiness. I personally (no matter what they do in Tajikistan) am not a fan of this. I would instead say use more stock earlier if you want more of a soup and less of a thick stew, and have written the instructions that way. Water will just dilute the flavor, versus flavorful stock that will cook with ingredients and meld with their flavors.

You may also notice that the soup in the smaller bowl is less soupy than that in the larger bowl. That is because the shorter days caught me the day I made the soup, and the larger bowl pictures were taken in extremely low light–but were also soupier, versus the smaller bowl photos, which were taken the next day, after the soup dried out a bit and the lentils and rice absorbed more of the liquid (and after all that I struggled with light both days). Honestly, it was delicious soupier and thicker, so it just depends on how you feel about soups versus stews. 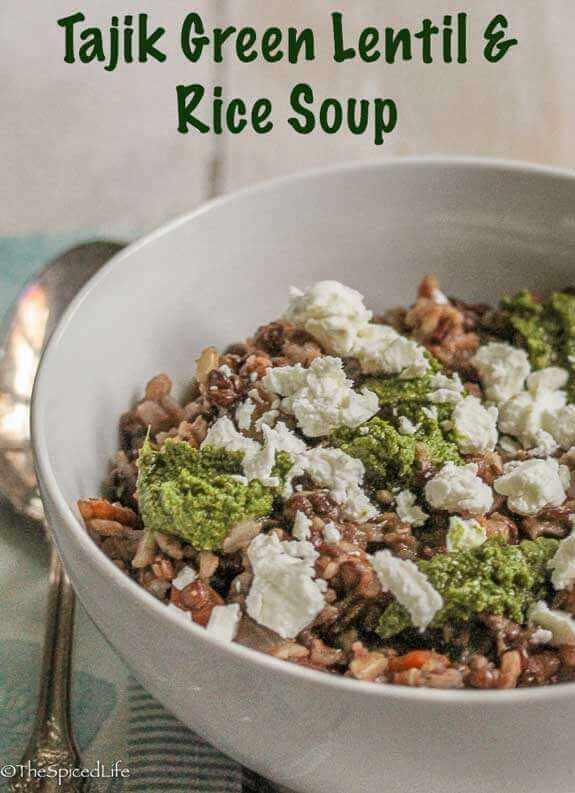 I closely adapted this recipe from one in Samarkand: Recipes & Stories from Central Asia & The Caucasus

by Caroline Eden and Eleanor Ford. I adore this cookbook, but it definitely required some Google mapping. I would love to say I am not the ignorant Westerner who has no idea where those countries are, but other than “formerly of the Soviet Union,” I was not sure of their exact locations. My first excuse is that I missed the year they did world geography when I switched schools in middle school. My second excuse is that I was a child of the Soviet years, during which none of these countries existed.

At any rate, excuses aside, when you glance at a map (see Google link above) you might think Tajik cuisine to be a mash-up of Middle Eastern and Chinese, but in reality little of the Chinese cuisine west of the Great Wall bears any resemblance to what we think of as Chinese food, and because all of the countries surrounding Tajikistan were also part of the Soviet Union, Russian cuisine also has had an impact on Central Asian food. We will say a mash-up of Nomadic tribe cuisine from west of the Great Wall, Russian and Middle Eastern (Persian) influences. Interestingly from what I read, this is one of their few vegetarian soups, as most are based around a meaty soup bone.

We –meaning Alex, John and myself– adore goat cheese. I had Sammy sprinkle feta cheese on her soup, and it worked just as well. The goat cheese and the herb paste were what attracted me to this Tajik Green Lentil and Rice Soup, and indeed make sure you hold on to the extra herb paste because I used it on another soup coming up soon. It makes a fantastic garnish for pretty much anything Middle Eastern (or Central Asian I guess!) where you would use cilantro, mint and flat leaf parsley. The goat cheese and herb paste elevated this relatively simple lentil soup into something special. Hearty and warming, perfect for winter. 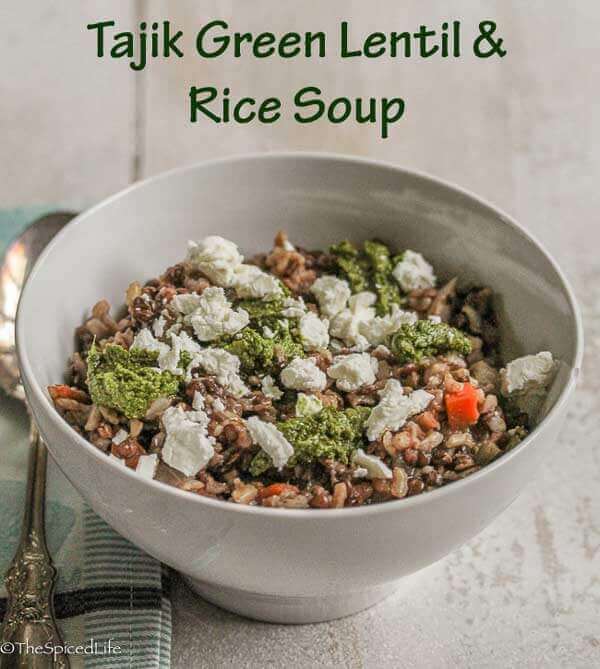 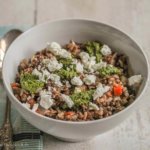 Closely adapted from Caroline Eden and Eleanor Ford. Be sure to use vegetarian stock for a vegetarian soup--I almost always prefer chicken stock so that is my first choice here.

*I used lentils du puy, which are always my first choice for green lentils. As a result, my soup was much, well, greener than the soup in the book and some others I have seen on the web. If you use brown lentils, your soup will be more tomato colored.

Closely adapted from Caroline Eden and Eleanor Ford. Store the extra paste in an airtight container in the fridge to use on other dishes!

Looking for a Tajik Green Lentil and Rice Soup collage to pin? 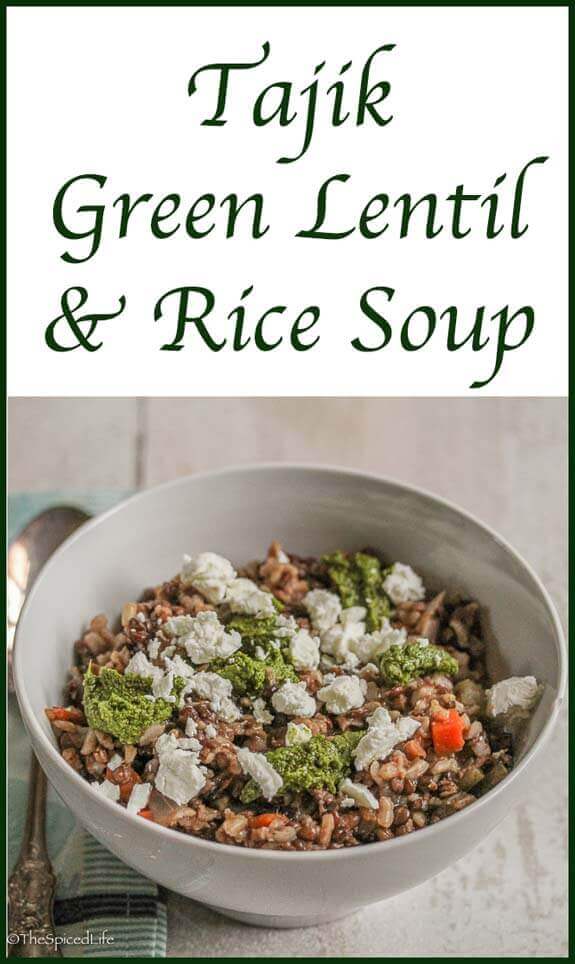