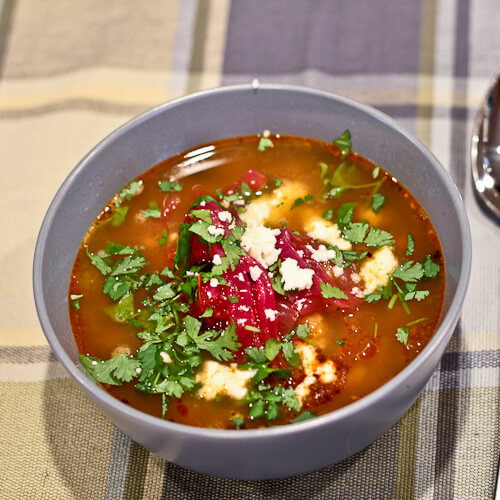 Alex has been going through a picky phase (I’ll wait for the gasps to die down). Lately leftovers drive her nuts (thanks, Dad, I blame you for that one!) and she is incredibly picky about various textures. My method for dealing with this has been to ignore, ignore, ignore. I make what I want–and she knows that leftovers are a given for at least one night. I will give her credit though–although she tries to make up her mind beforehand, she will concede when she is wrong. Just not verbally. 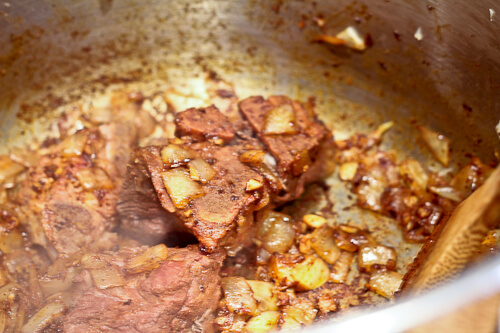 Take, for example, this posole. She walked into the kitchen, saw what I was making, and pretty much wrinkled her nose. I knew she was full of you-know-what though, because I roasted the pork tenderloin separately for this dish, and I know my baby and she loves roasted pork tenderloin. So I told her she was wrong and ignored her arguments to the contrary.

So when she asked for seconds you can imagine my reaction. The look on her face was pretty priceless. When I pulled the camera out, she proceeded to bury her face and hide, giggling. That is “Alex” for “You were right, I was wrong, I should have given this food a chance.”

And yes, she still ate the seconds. And the leftovers. Which, upon seeing these photos a month later, she actually denied! Ha!

So anyway, about the actual posole. 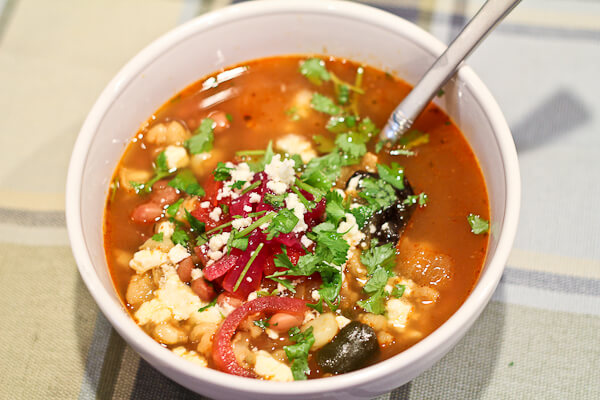 This recipe is not a weekday posole exactly but it is a simplified posole using ground chile pepper and pork tenderloin. A traditional posole would use a stewing meat cooked in the broth and toasted, re-hydrated and pureed chile peppers. So in that sense, the recipe is stream-lined, simplified and a bit healthier (because the tenderloin is a much leaner cut of meat). However, I am a big believer in dried beans and dried hominy, and so this recipe does take some time. I promise, it is worth it! I made an extra big batch and froze half of it. Cut the recipe in half for a smaller dish. 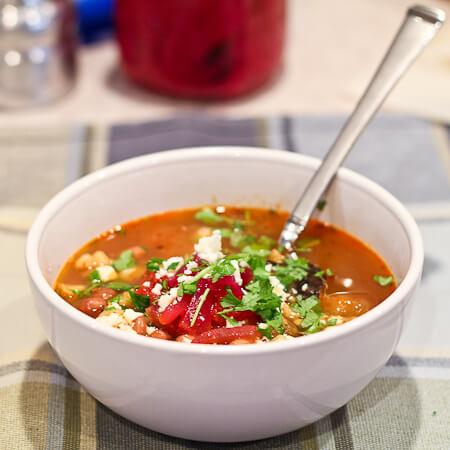 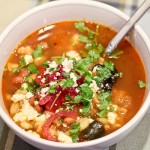