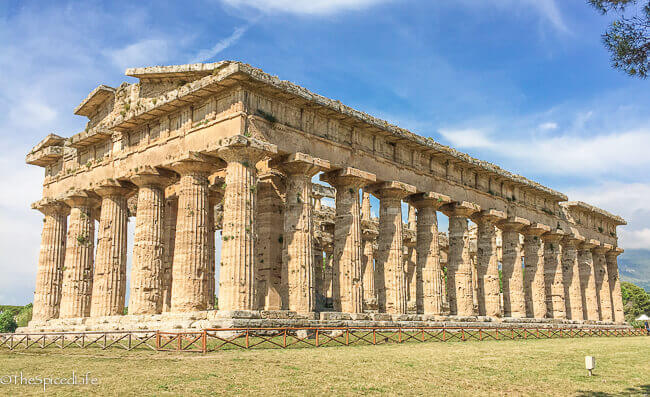 Much like Positano was overwhelming in its sheer beauty and impossibility, Paestum was also overwhelming, but for different reasons. I came to Italy prepared and excited to be immersed in ancient Rome and instead discovered that the far south of Italy is even more a treasure trove of Magna Graecia, i.e., ancient Greece. And since I say give me mythology any day over military conquests, this history lover anyway is by far more excited about ancient Greece. Excited, awe-struck, dazed, etc.

So when we had to decide, Herculaneum (in place of the far larger and more crowded Pompeii) or Paestum on the way home from Positano, it was an easy decision for me, my mom and Alex.  Sammy was a little disappointed–I still have not convinced her to read any Greek myths (unlike Alex, who has re-read the same book I read over and over again as a child, D’Aulaires’ Book of Greek Myths

<–that is an affiliate link but I cannot recommend this book highly enough) and had heard about Mount Vesuvius erupting a lot while we prepared for this trip. Alas. Someday we’ll get there! 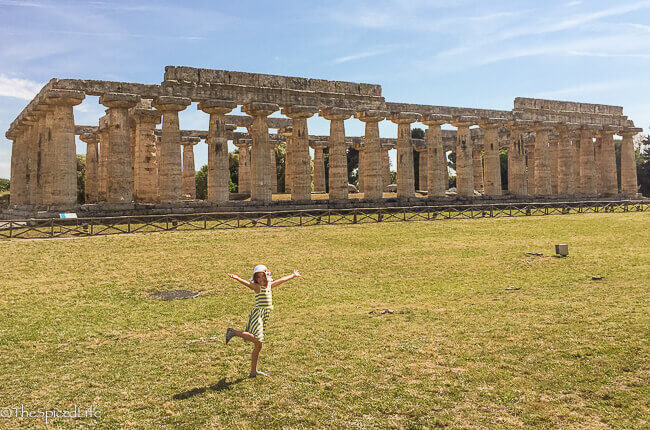 As you can see here, Sammy clearly recovered from her disappointment. (Keep reading for similar pics–I so wish I had had my good camera because Sammy especially treated Paestum like her personal playground to pose for pictures on.) I would highly recommend Paestum for anyone traveling with children, because, unlike so many ancient sites in Italy, it has been relatively undiscovered by the hordes. And only the temples are fenced off, leaving the rest of the ruins, Roman and Greek, for us to wander amid. I would also highly recommend it because, well, TEMPLES. Intact (mostly). Amazing.

The history of Paestum, originally called Poseidonia, began in approximately 600 B.C. when Greeks from Sybaris came and settled it. The temples you can visit date from 550-450 B.C.  (depending on which). No one is positive exactly whom the temples are dedicated to, but best guesses are Athena or Ceres for one, probably Hera for another, and then one that seems to have maybe been dedicated to multiple gods, some of the guesses include Poseidon, Apollo (in his role as god of medicine) and Hera. That last one has become known as the Temple of Neptune.

Some time after 450 B.C. the Lucani came, and used much of the existing infrastructure (for example in the above collage the picture second from the top on the right shows the Greek ekklesiasterion, used as a meeting place, and was used by the Greeks and Lucani but not by the Romans). In 273 B.C. the Romans conquered Poseidonia, and it became Paestum. The city prospered throughout the imperial phase of ancient Rome, but eventually declined some time after 400 A.D., probably due at least in part to rampant malaria caused by extensive deforestation and consequent swampiness in the area. And then, wonderfully (for us), the world forgot about Paestum. Completely. It was overtaken by forest and not found again until the 18th century. Why is this so wonderful? First, it is possible some of that swampiness helped preserve it. Second, it was not subject to constant looting.  And even today, the world does not seem to know much about it. Which was wonderful for us (just look at those photos! we had the temples practically to ourselves!) but is also baffling. 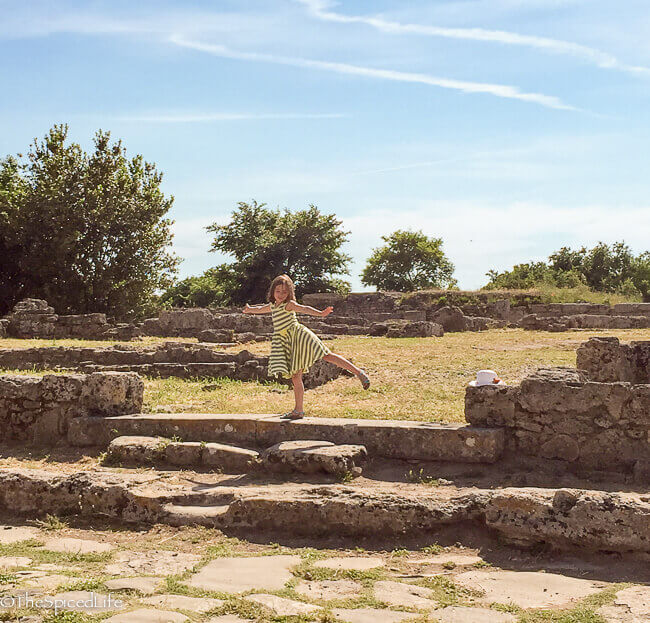 The Roman ruins, while not as impressive as those preserved by Mount Vesuvius, are nonetheless extensive and fascinating. Right here Sammy is standing on the remains of some ancient Roman’s house. We were in the residential section at that point! At this point Alex went crazy because it turns out something does still live in those ruins. 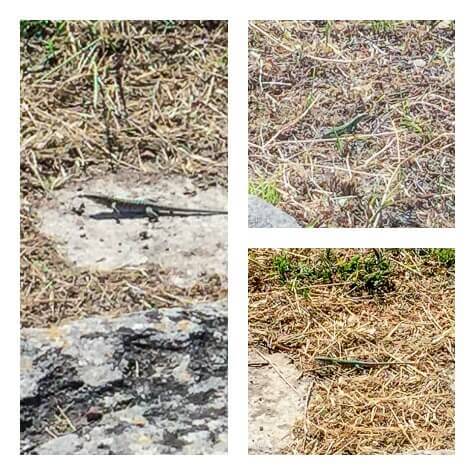 Yes Alex has become obsessed with lizards since coming to Italy. She is determined to catch one and if she ever does I may shriek.

The ruins and temples both provided tons of photo ops. All the more so because there are no strangers (i.e., other tourists) in the pictures! 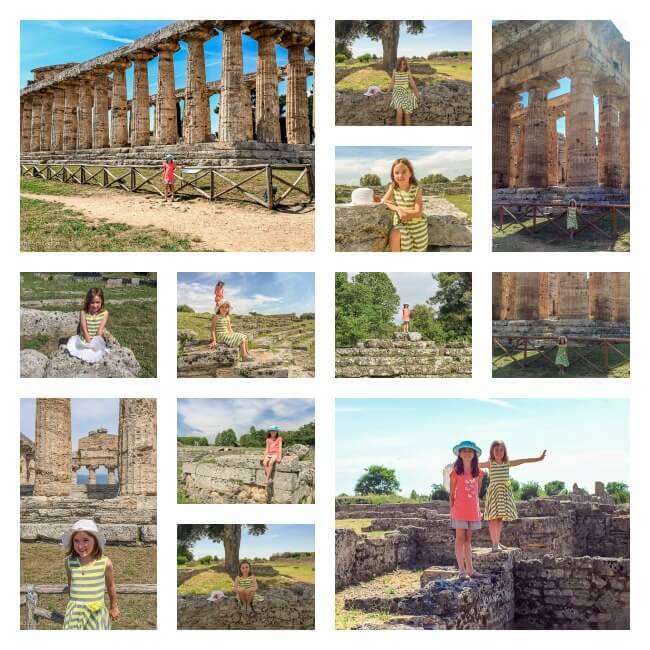 I will leave you with one last photo, one of my favorites. I stared at this spot in the ancient Roman forum ruins a while–because I saw the head of a leopard but my kids did not (my mom did not see it). In the photo, my dad saw a serpent. John saw the leopard after I pointed him out, but not before. So tell me, am I crazy or do you see a leopard too? 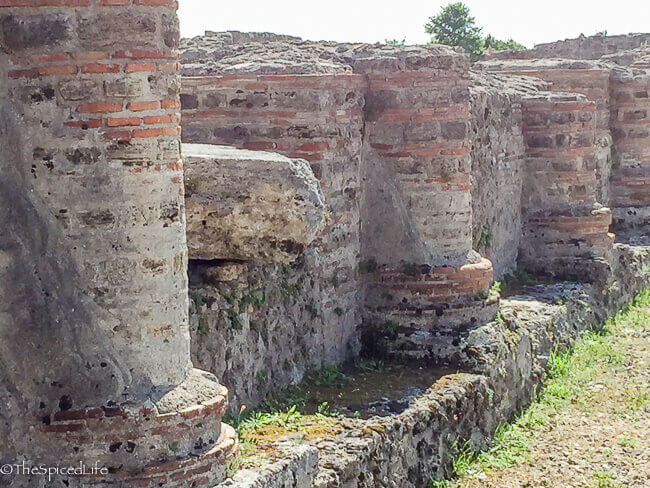