You are here: Home / chocolate / Mint Chocolate Cupcakes For John 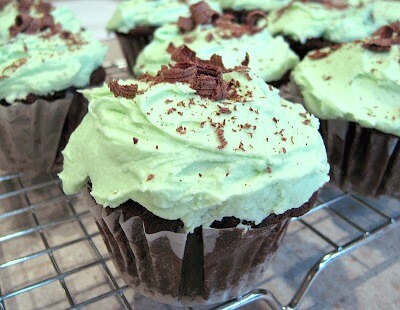 John and I rarely celebrate birthdays on the actual birthday. When it comes to the kids, we are usually trying to coordinate a party for family if not something bigger. Poor Sammy’s (whose birthday falls during hunting season) birthday was off by almost a month this year–but she was turning 2 so it is not like she knew. When it comes to me and John, we have never seen the point in trying to celebrate on a weekday if a nearby weekend makes more sense. Especially in the case of John’s birthday, which I usually make a big Thai dinner for (here is last year’s–excuse my photography, which has improved oodles since then), in which case I need to make sure I have all of the ingredients for it and time to prepare. 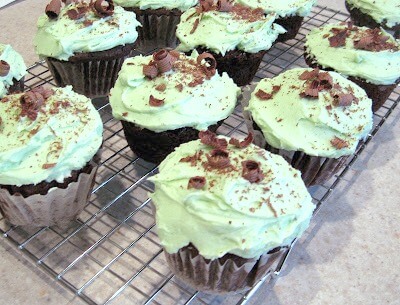 So today is John’s birthday (his real one). Because of how various things have worked out, we decided to postpone his celebration meal until the weekend after next, as we will have company, thereby combining 2 celebrations, and I will just have been down to the larger grocery store in Cincinnati, giving me a greater range of ingredients to work with.

As things then also turned out, last night’s meal flopped (don’t get me started–I think the cut of lamb the butcher gave me was 3/4 fat) and my moms’ night out is tonight, meaning that not only will I be gone but they will have to scrounge for dinner (probably a frozen Indian meal for John and mac-n-cheese for the girls). So today we are at the library toddler time, where they sing songs, have stories read to them, etc, and the theme is birthdays (bear with me–it’s all connected). 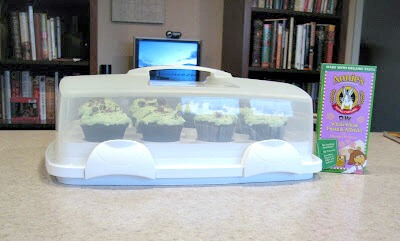 Great. So Alex announces it is her dad’s birthday today and I am the mom (wife) who is leaving them and going out on my own. Ooops. Well after that we clearly were making cupcakes when we got home. So they may not have dinner but at least they have cupcakes! Which are clearly more for the girls than John, but I know he will appreciate them also.

If I had been making these for me I would have left the frosting white. But John and I have an ongoing argument over which is better: green mint chocolate chip ice cream (his vote) or the more natural white (my vote). So of course when making these dark chocolate cupcakes with a white chocolate mint frosting, I made the frosting green. 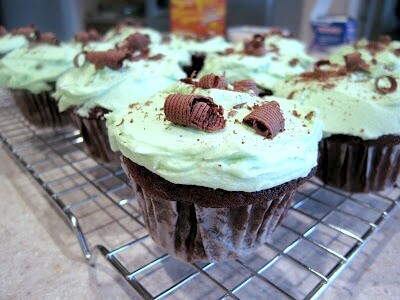 The dark chocolate cupcakes are supposed to be from Cool’s Illustrated, which after last year’s bruhaha I have no idea if I should publish or not! So here is the recipe, but it is not mine, I closely adapted it from a recipe that was shared on a cooking board as being from Cook’s Illustrated, but I no longer remember whom!  Happily, the frosting recipe is all mine and follows the cupcake recipe.

These Mint Frosted Chocolate Cupcakes are seriously the best cupcakes I have ever made. 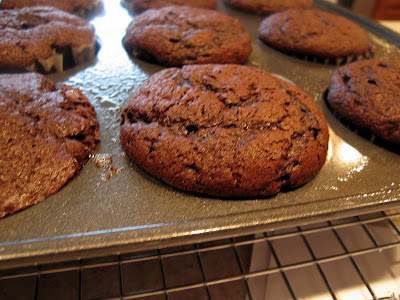 2. Combine butter, chocolate, and cocoa in medium heatproof bowl. Set bowl over saucepan containing barely simmering water; heat mixture until butter and chocolate are melted and whisk until smooth and combined. Set aside to cool until just warm to the touch.

5. Divide batter evenly among muffin pan cups. Bake until skewer inserted into center of cupcakes comes out clean, 18 to 20 minutes.

6. Cool cupcakes in muffin pan on wire rack until cool enough to handle, about 15 minutes. Carefully lift each cupcake from muffin pan and set on wire rack. Cool to room temperature before icing, about 30 minutes. (To frost: Mound about 2 tablespoons icing on center of each cupcake. Using small icing spatula or butter knife, spread icing to edge of cupcake, leaving slight mound in center.)

(the powdered sugar is approx–do to desired consistency; the extracts and oils are also approx, to desired taste) 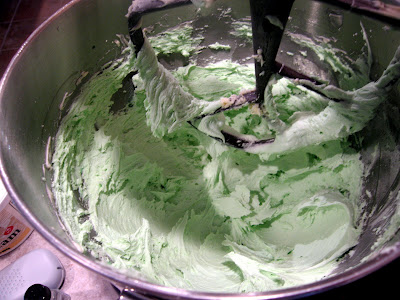 Beat the butter and half of the powdered sugar until creamy and well combined. Drizzle in the white chocolate and continue beating. Add the vanilla and peppermint extracts and continue beating. Add the rest of the powdered sugar in increments, until desired consistency is reached. If the frosting needs to sit for a minute before it can be used, drizzle in a tablespoon or so of milk and beat again. Add food coloring if using at the end. 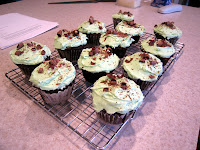