You are here: Home / chicken / Chicken in Wine with Cauliflower, Mushrooms and Grapes

Chicken in Wine with Cauliflower, Mushrooms and Grapes is a delicious, sophisticated and healthy one pot meal that will have the whole family scraping their plates. Affiliate links have been used to link to items I am discussing. 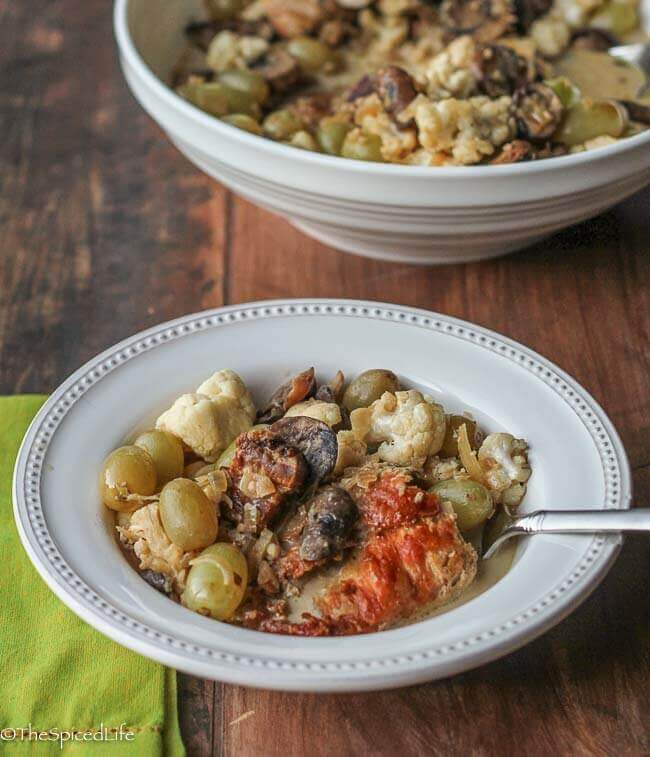 Sorry (again) for my extended absence. The first reason is the same: the World Series. My evenings just really suffered–it wasn’t just my blog. Laundry may have gone undone. Etcetera. The second reason is a little sillier. I forgot to write down if I finished the dish with cream, sour cream or a combination. And yes folks, I have been paralyzed on this post ever since because it is driving me nuts.

So much so, that I finally just decided to share the idea and a blueprint of what I did, and save the recipe for another day to work out a second time. I realize this can be frustrating- feel free to ask me any questions you may have if you try to recreate the dish. 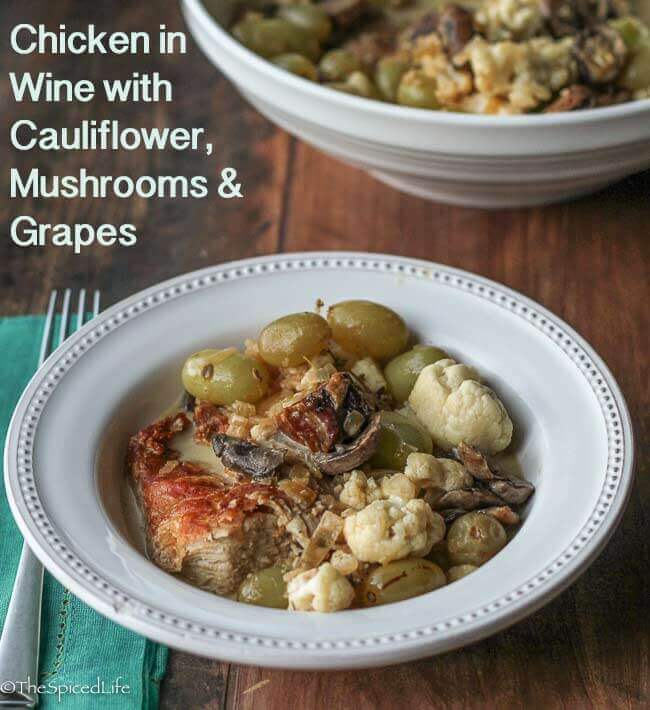 This Chicken in Wine with Cauliflower, Mushrooms and Grapes was inspired by a dish in Diana Henry’s A Bird in the Hand: Chicken recipes for every day and every mood

–the main inspiration was the idea of a chicken dish with wine, green grapes and dairy to make it creamy (she uses heavy cream). The dish was also inspired by some fabulous pancetta chunks I got at Parma Sausage down in the Strip District (if you ever have a chance to visit I highly recommend visitimg them!). As a side note, you will hear me mention the Strip District a lot–think of it as my new Jungle Jim’s, albeit a neighborhood of stores rather than one single market. 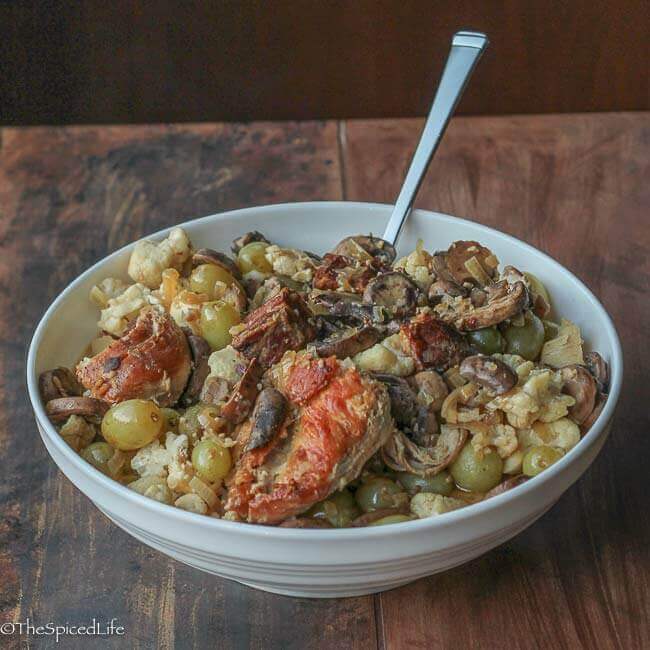 So anyway, I started with browning those pancetta chunks in extra virgin olive oil. Then I removed the pancetta and browned pices of chicken (I used boneless and skinless because I am lazy and they cook faster). Then those got removed as well. Some of the excess fat was drained off, and I added some butter and thinly sliced shallots with some thyme sprigs. I kept the white wine nearby for deglazing the pan. Eventually I added garlic and sliced mushrooms to brown as well. When everything was nicely caramelized I added 1 1/2 cups of a dry white wine and then boiled and reduced that by half.

The chicken and pancetta were re-added to the pot, and I covered the dish to let the chicken braise at a simmer. After about 20 minutes, I added cauliflower (florets from 1 head–and really in my mind I was making a healthy substitute for potatoes, although if you add potatoes, add them sooner) and re-covered the pot to continue braising for another 20 minutes. By then the chicken was tender and cooked through. I added several handfuls of green grapes and then used a large slotted spoon to remove the solids (chicken, veggies, etc) to a serving bowl. The remaining liquid was boiled to thicken it and then….

I turned off the heat and added about 1/3 cup of either heavy cream, sour cream, or a combination of the two. If you try one of them, comment and let us know how it is! And someday I will make it again, because it was delicious, whichever I used, so I want to get this recipe perfected. One last tip–taste for salt and lemon juice before pouring the sauce over the chicken in the serving bowl. 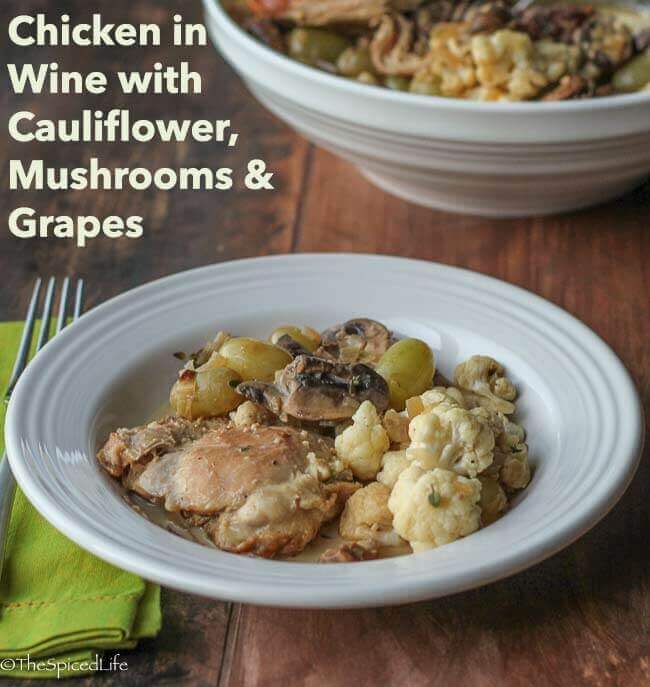