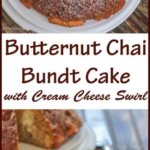 Butternut Chai Bundt Cake with Cream Cheese Swirl is the perfect treat for fall, softly spiced with chai tea and tangy from the cream cheese. Adagio Tea sent me some teas to play with, and this is one of the resulting recipes; Amazon affiliate links have been used to link to items I am discussing. 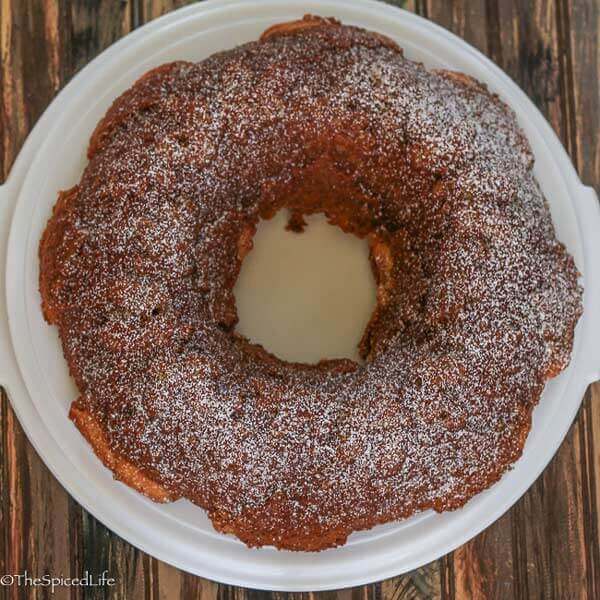 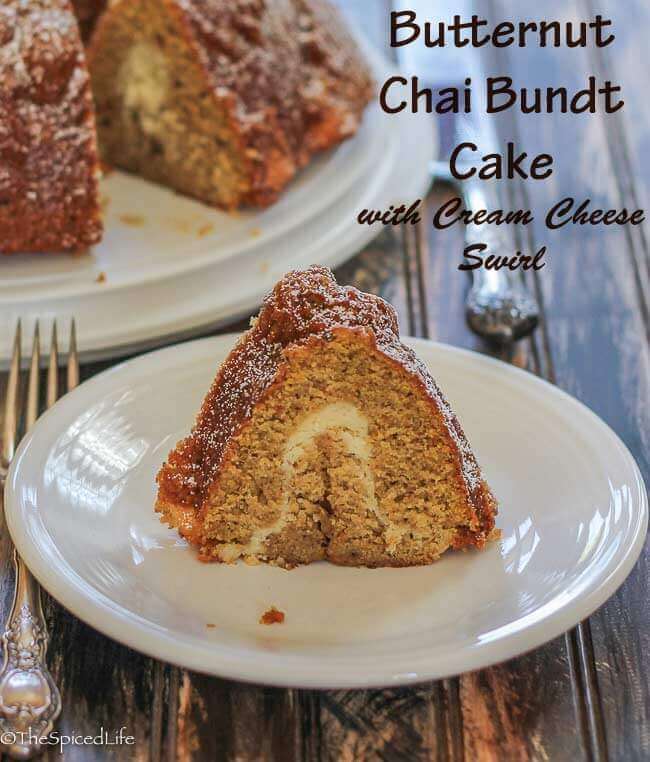 The first problem with the pan is that even with the requisite sprinkling of powdered sugar you cannot see the pattern from the pan (for what it is worth, it was an autumn wreath patterned with fall leaves imprinted on the pan). But the bigger problem–and the one you need to take note of–is that this cake should be made in a tall, deep bundt pan. The Nordic Ware Autumn Wreath Bundt Pan

is a wide, shallow pan. So when I went to create a divot in the batter that allowed for the cream cheese filling, I could not get it deep enough. The cream cheese filling became a cream cheese swirl. As Sammy would say, get over it because it still tasted great but it was not what I wanted so that left me a little grumpy–learn from my mistake and use a deeper pan. 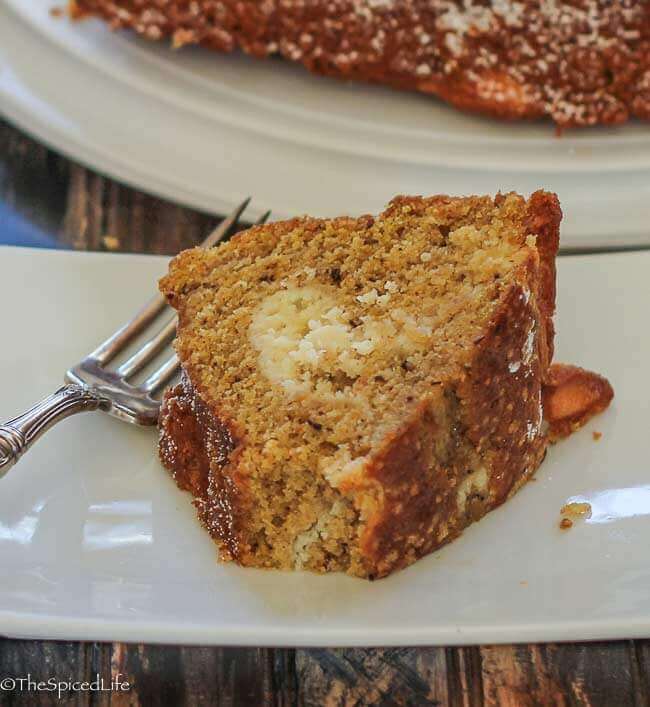 An audience like Sammy cares even less about the second issue, but that wide wreath pan turned out to create a cake that was too wide for my cake stand! The food photographer in me is cringing a bit at the resulting photos, but I am sharing them anyway because the cake itself looks tasty.

So that brings me to my two remaining talking points. The recipe itself and the chai tea I used. The Butternut Chai Bundt Cake recipe is from Bake From Scratch, a baking magazine that I have fallen head over heels for in the last year. Their single layer and bundt cakes are especially divine, and I am super excited to dive into their holiday cookie issue. If you love to bake, you really need this magazine. (I have subscribed, but if you belong to Costco try looking for a discounted issue there to start with.) Aside from choosing a chai tea and leaving off the glaze, I made this cake according to the recipe so I am just linking you there. I decided to skip the glaze because I find winter squash cakes more than moist enough as it is. 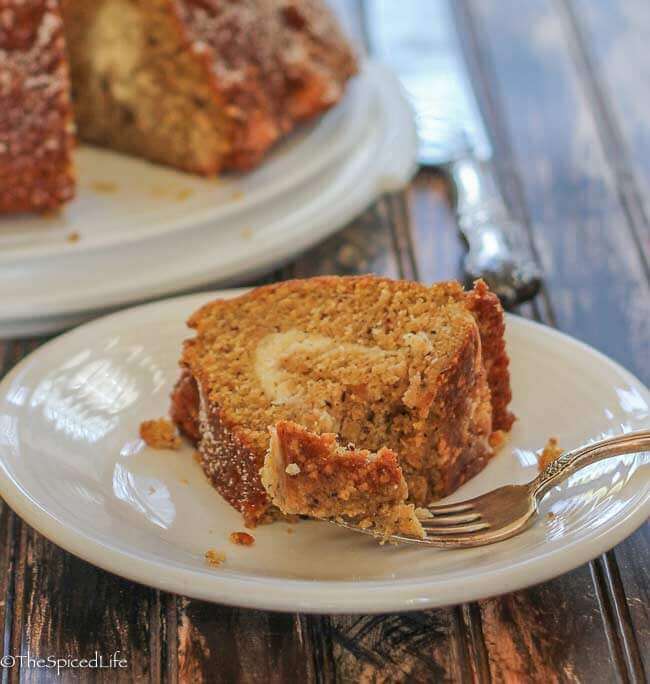 Last but not least, I need to give a shout out to Adagio Tea (again!). I was super intrigued by grinding loose leaf tea for this Butternut Chai Bundt Cake and knew immediately that I wanted to try another of the teas that Adagio sent me to play with. I feel confident that any of their chai teas would be yummy in this, but I chose their Honeybush Pumpkin Chai and it was fabulous. Just sniffing it in the spice grinder was enough to make me swoon! It is another one that Sammy and I like with sugar and cream.