Asian Shredded Pork and Noodle Salad is a perfect summer dish, and using the slow cooker means the kitchen does not heat up for cooking the pork. Affiliate links have been used to link to items I am discussing in this post. 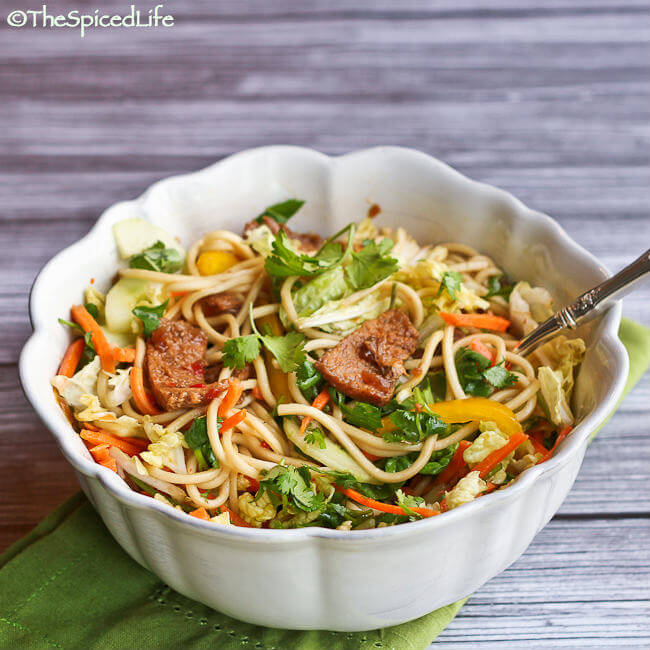 I have told you guys before that I am a cookbook addict. Full blown insane collector. Last time I peeked at my Eat Your Books account, I had, ahem, 815 cookbooks. So is it really any wonder that I accidentally bought two of the same book?

But hey you guys got to profit! Now I hope it wasn’t weird to give away a used book–and hey if you think it is weird, you did not have to enter the giveaway. I’ll never know and we’ll still be friends. But there was certainly no point in me keeping two copies! And I am a huge used cookbook fan, as many of you know. You don’t get to 815 of the suckers without being willing to hunt for bargains (or being a bazillionaire, which I am not). Such is my consideration for you guys, that as soon as I realized I had two copies I put cooking from the book at the top of my to do list so that I could share a recipe and get a giveaway going! 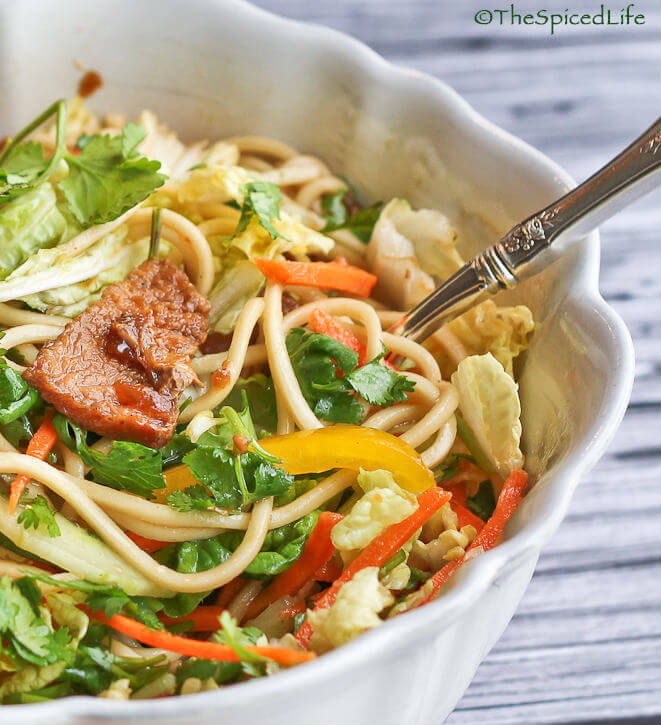 So anyway about the book I bought 2 of. I assume I was able to find The New Slow Cooker: Comfort Classics Reinvented

from Williams Sonoma (by Brigit Binns) at awesome prices because it has since been revised and re-released–so if you are interested in purchasing it yourself you will need this link: The New Slow Cooker rev. (Williams-Sonoma): More than 100 Hands-off Meals to Satisfy the Whole Family

. I checked out the indices of both books, and they are pretty similar, so I feel pretty confident that if you want this book (and you do) buying the revised version will be fine if you can find it. On the other hand you can also hunt for the overstock of the previous revision in used bookstores like I did. 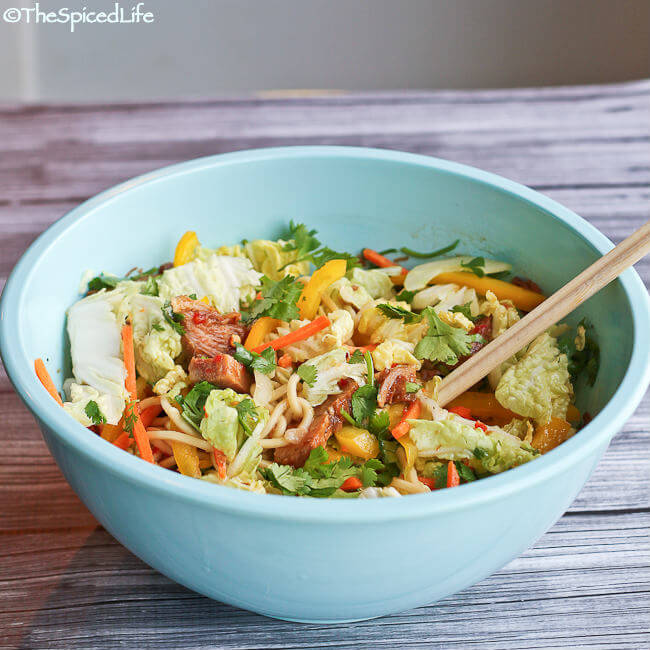 Now why did I like this book so much? Well, first of all I already knew I liked Williams Sonoma’s slow cooker recipes, because that is where I found the recipe I adapted from for the Nacho Topped Smoky Beef Brisket and Beans Chili for the Slow Cooker. True, the recipe I adapted from is on their website, not in this book, but it gave me confidence in their slow cooker recipes. Also, I think the quality of Williams Sonoma cookbooks in general is excellent. But the real score from this book? Not all of the recipes are fall/winter braises and stews, which, don’t get me wrong I adore, they are probably my favorite type of food, but right now I am excited to find uses for my slow cooker that lead to the kind of food I love in the summer: cold or room temperature, and heavy on the vegetables. In other words, entree salads. And I am happy to report, this is not the only one such recipe in the book! I see more uses of this cookbook as the summer goes on.

The giveaway is now closed. 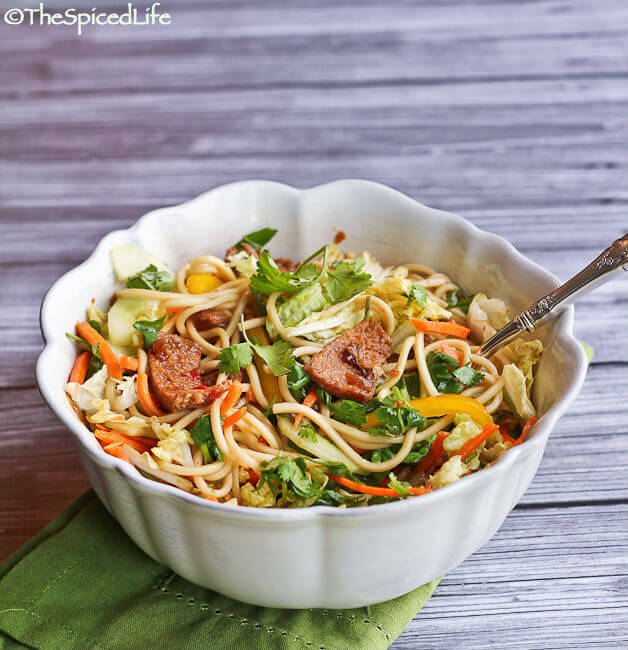 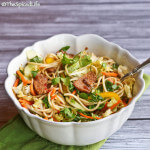