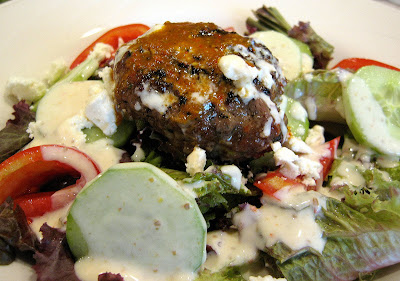 John has a new colleague at work from Israel. He came over to our house during a work function, and while we were discussing the cookies I had made I sensed that he and his wife enjoyed cooking. I also suspected he could be a goldmine for recipes. 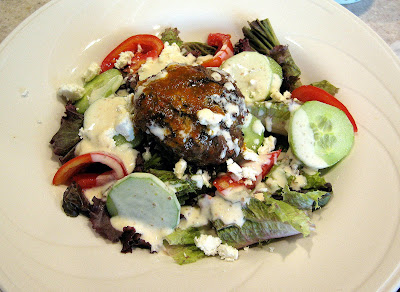 In the meantime I had been looking for a hot sauce for Middle Eastern recipes. Something to tie dishes together and give them a bit of zing for zing-lovers like us. So I asked John to ask Iddo if he had anything like that. Iddo sent me his version of Zchoog, described thus by him: “There is something called “Zchoog” (“ch” as in Scottish “Loch”) that Yemenite Jews use to kill off whiteys like me. The real recipe is a secret carefully guarded by Yemenite grandmothers…. It’s a paste, rather than a sauce….”

He gave me 2 versions, an obviously incendiary hot green version and a less hot red version (he says it is less of a “biohazard”), which added tomatoes. I had some of the ingredients, but not all, so I decided to use his paste to come up with a decidedly less hot but still tasty sauce. We have had it on these kofta and Feta with Eggs so far, and it is outstanding. Because of the high vegetable content (and corresponding low acidity), I was not sure how long it would last, so I divided it between small containers and froze them. 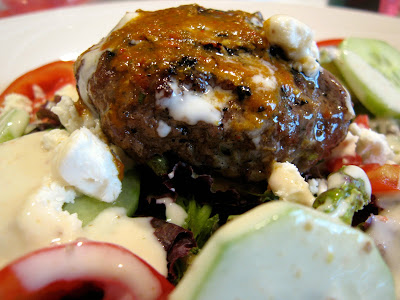 as many hot chile peppers as you can take–he called for 1 cup, pureed, but I used around 5 bird chile peppers with 4 somewhat hot Anaheim type chile peppers from our farmer’s market–I did not seed anything
1/4 cup chopped flat leaf parsley (he called for WAY more plus cilantro as well but that was all I had, but I soldiered on)
1 t ground coriander
1 T ground cumin
1 tbsp extra virgin olive oil
1/4 t turmeric
6 large garlic cloves, smashed and chopped
juice of at least 1, possibly 2 lemons (to taste)
salt and pepper to taste
1 t tomato paste
2 medium tomatoes, roughly chopped, with juices (possibly more, see instructions)

Iddo instructed me to “Grind up everything but the salt in the black basalt stone grinder you
brought from Yemen and keep under the kitchen sink” which made me laugh given the Thai stone mortar and pestle that we brought from Thailand. But that one reeks of curry paste so I put everything in a blender. Keeping in mind the original Zchoog is supposed to be paste-like but that I wanted a sauce, I adjusted the oil, lemon juice and tomatoes to get the consistency I wanted, adding more spices if I thought the flavor got weak. Unfortunately I was stuck with the amount of herbs and chile peppers I had, or I would have added more of those, especially the herbs. In other words, play with it until you get it the way you want it.

Drizzle directly on food or use to create other sauces (see yogurt sauce below). 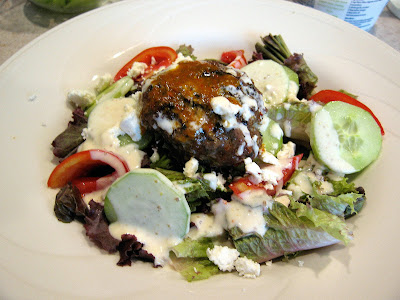 Mix everything together, preferably with your hands. Get everything evenly incorporated, but do not overwork. Form into patties the size of your choice and grill over medium heat. Serve with pita bread (if you’re lucky enough to have any–I did not), greens, cucumber, tomatoes, crumbled feat cheese and yogurt dressing. Drizzle Zchoog inspired hot sauce, see above.

This is all to taste–take amounts with a grain of salt and taste as you go. If you only have one kind of yogurt that is fine.

Whisk everything together and adjust amounts to taste.