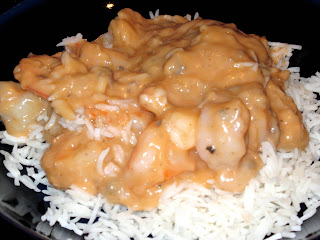 As everyone knows by now, I was in Chicago recently to see U2 and generally have fun. While I was gone, my in-laws came to help with the kids. I suggested that while I was gone they make one of John’s favorite dishes growing up, Mary Jones’ Shrimp Dish (OK I made that up–to my knowledge his family never named the dish). The point being, I am not a fan of shrimp served in a sauce, but John has such a strong attachment to this dish–both flavor wise and nostalgia wise, that I felt it was a perfect entry for Family Recipes. And something he and his mom could make together while I was gone. Knowing I would be busy–and knowing that John is a very funny writer–I asked him to please write up the blog post and recipe for me. I am late posting it because he asked me to proof read it last week and then my entire family got sick, myself worst of all, so I put it on the back burner. Here it is now. Be sure to head over to The Life And Loves Of Grumpy’s HoneyBunch to see what other family recipes people made. 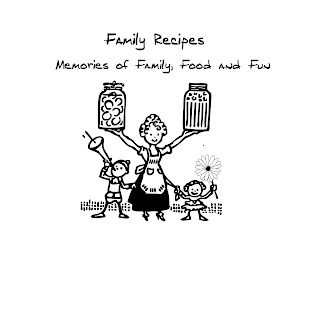 This shrimp dish is a recipe that has been in my family for several generations, and one I loved growing up. I love it, my mother loves it, my grandmother loved it – I’m a little unclear if it goes back to my great-grandmother. (Who was born in the 1860s – before a major ingredient, Campbell’s Cream of Mushroom Soup, existed.) So for all I know she invented this. (The recipe, not Campbell’s Cream of Mushroom soup.) It’s also unclear whether this will continue much further. My wife doesn’t like shrimp – a serious character flaw I have tried to learn to live with, but I remain hopeful that they will some day develop a surgical procedure for correcting it. So this doesn’t get made too much (read: ever). But when she was recently out of town, my mother helped cook it and my daughters, who love shrimp, refused to touch it. Hopefully this was just the random eccentricity of small children, and not a sign that this recipe goes no further through my branch of the family. 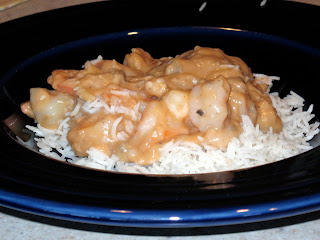 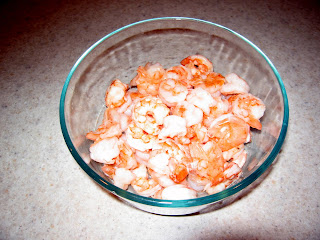 Start by sautéing both the shrimp and the more shrimp (feeling free to add extra shrimp as needed). Separately, sauté the shallots (the onion wannabe of the allium world). Combine the shrimp and the shallots and add the Campbell’s Cream of Mushroom Soup. (I suppose it is possible you could use some other brand of mushroom soup, but I’ve never tried it and then it’s not my recipe, so why are you wasting my time? Nor can I guarantee that there won’t be some sort of unexpected chemical reaction causing the shrimp to explode and take out half your kitchen wall. So do so at your own risk.) Add the ketchup and heat. Serve on rice, with peas on the side. (I suppose this technically means that peas are not part of the recipe, but we always have them. Failure to do so means you are not making my recipe, so why are you wasting my time? And again, for all I know, they are suppressing some chemical reaction between the soup and ketchup that would otherwise blow your stove hood through your ceiling.) 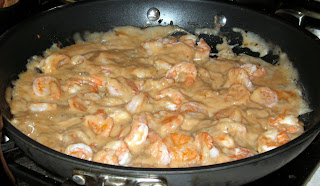 That’s it: that is the great family recipe that generations have loved for years. My wife won’t eat it and my children won’t eat it – but if just one person who reads this blog likes it and can carry on this tradition, it still won’t help. Because I’m pretty sure you won’t be cooking it for me.

**Since writing the above I’ve done a little more research (meaning that I asked my mother) and traced the roots of this recipe. Turns out it had nothing to do with my great grandmother. (Incidentally, I also confirmed my suspicion that said great grandmother did not create Campbell’s Cream of Mushroom Soup.) It was instead obtained from a woman named Mary Jones — a friend of my grandmother’s who was apparently a Depression-era cookbook author. Attempts to google “Mary Jones” have proved (unsurprisingly) useless, so that’s about as far as I can go.