You are here: Home / beans / Vinegared Bean Soup: soup, stew or both?

Vinegared Bean Soup is bright and smoky at the same time, and it is the perfect chilly day comfort food, scenting the whole house as the beans simmer throughout the day. You can also let the beans cook while you are at work, and come home to finish assembling the soup in about thirty minutes. 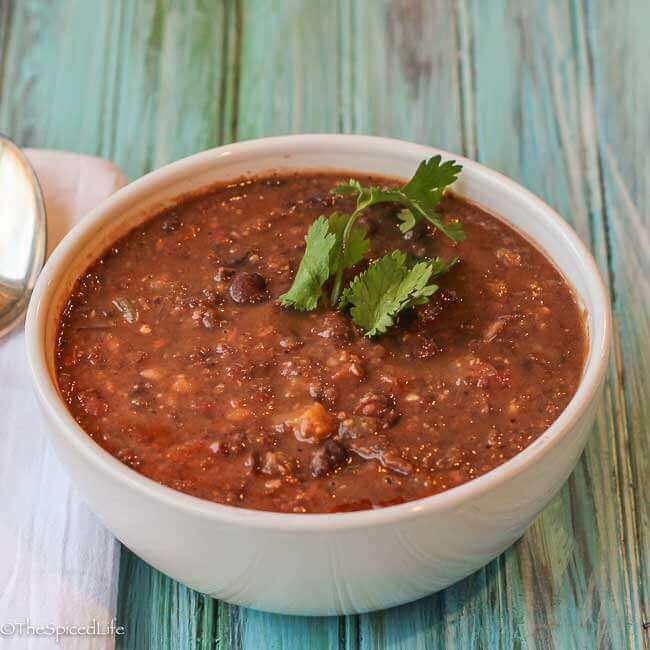 People! We are looking at houses! Have I mentioned how ready I am to be out of this temporary townhouse? Have I whined enough yet about the tiny mud pit of a yard that requires rain boots to navigate and towels to be changed out every two days for wiping the dogs’ feet? Have I stared wistfully enough at the boxes of unopened cookbooks? I don’t have news, but I swear as soon as I do–fingers crossed hopefully soon–I will be shouting to the rooftops about our new digs. I am even ok with not being able to move in until this summer as long as I know it is happening. Transient I am not–my roots need to dig down and soon. 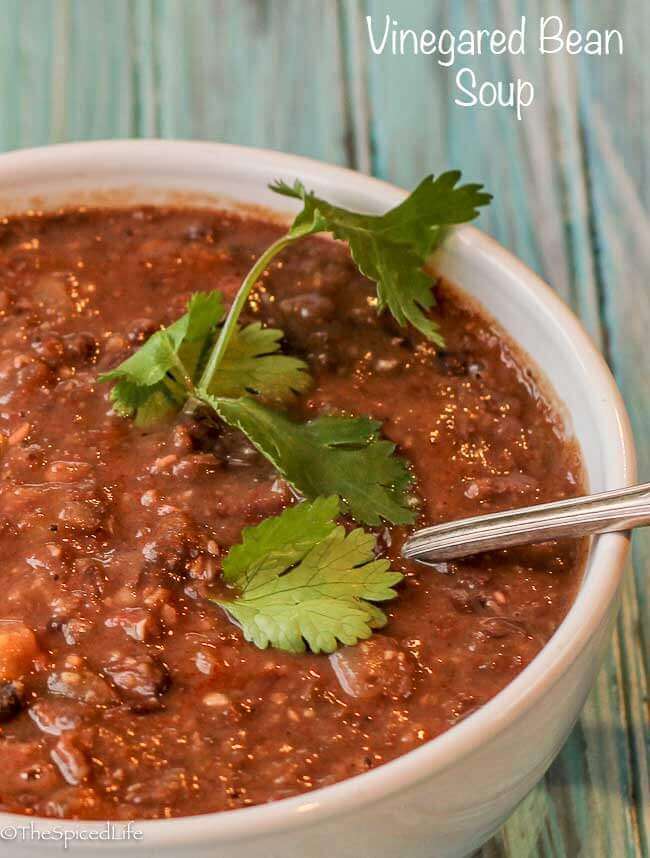 If it were not for SEO considerations, I would have named this post “An Ode to Vinegar.” I adore vinegar–I cannot think of a single type of vinegar that I would not find a culinary use for, and that includes the bland white vinegar (although it might not be my first choice most of the time). Unlike citrus juices (which I also adore), the effects of vinegar last. You can add some vinegar at the beginning of cooking and still taste it the next night in the leftovers. Often, when a dish is missing a little something, vinegar is the fix–and it does not take much. Just tonight I added some golden balsamic vinegar to a dish heavy in pineapple juice to keep it from being too cloying. It was delicious.

Bean soup is exactly the kind of dish most likely to need perking up from vinegar. Citrus juice works also, but vinegar really adds a special something to starchy beans. As always, I prefer heirloom beans, and 90% of the time my choice is Rancho Gordo beans, as it was for this Vinegared Bean Soup. I strongly encourage you to give them–or any other heirlooms beans–a try, but do know that this recipe should work just fine with appropriately sized (1 pound small and 1 pound medium/large) dried red/brown beans. I think that the Rio Zape beans I used are especially smoky, which led me to some of my flavoring choices in this soup (bacon, smoked paprika, etc). Follow your common sense and your own taste buds and I am sure you will be fine.

In the meantime, help me out with a little dilemma. Should Vinegared Bean Soup be under “soups,” “stews” or both in my index? It is thick like a stew, but for some reason it just does not say stew to me…. Leave me a comment giving me an opinion! 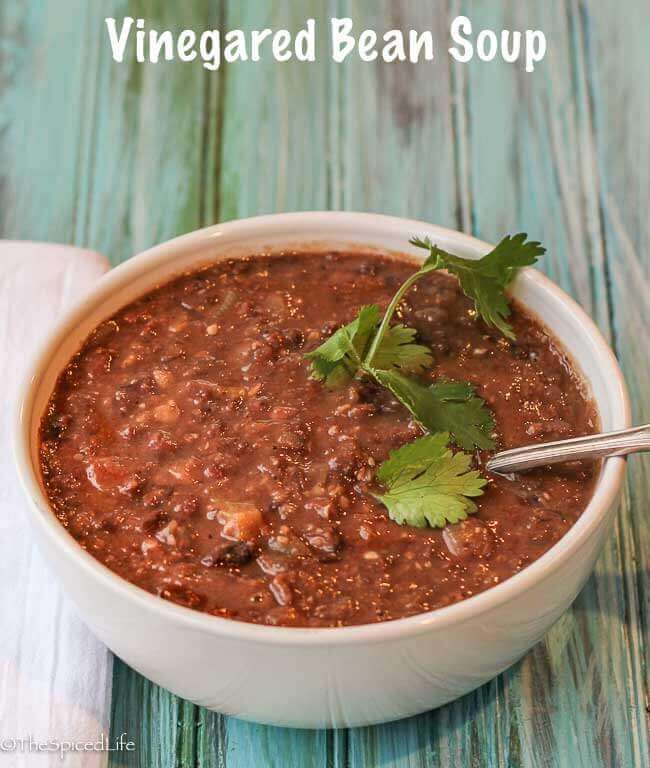 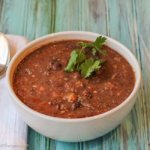