You are here: Home / chocolate / Valentine’s Day Sprinkles Cookies in Vanilla and Chocolate

Someday I will be one of those bloggers who actually manages to blog about holiday recipes before the holiday, when people are actually looking for recipes. OK, who are we kidding, probably not, but hey maybe you can pin this one for next year!

The minute I saw these cookies I knew I was making them. I found them at The Kitchen Is My Playground, and thought they were gorgeous. And extravagant in a kid-pleasing way, with none of the effort of cut-out cookies (rolling out dough is one of my baking pet peeves). So when Alex’s teacher asked me if I could provide the treats for her Valentine’s Day party, I immediately knew what I was making. 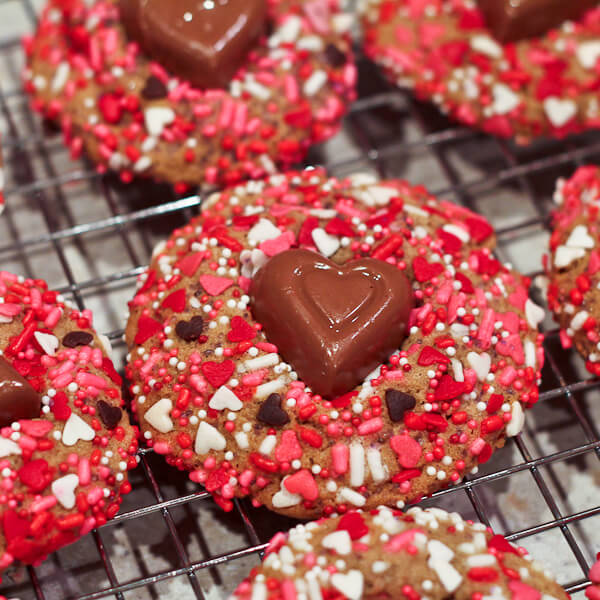 Then, the day before the party as I was setting butter out to soften, I suddenly remembered that quite a few of Alex’s friends hate chocolate. No that was not a typo. And Alex, in her well-meaning way, reminds me every time we bake that X, Y, and Z in her class do not eat chocolate. Panic ensued. Not because I have to make every single kid’s day, but rather because what usually happens is they still take a treat and then maybe take one bite and toss it.

This drives me nuts. 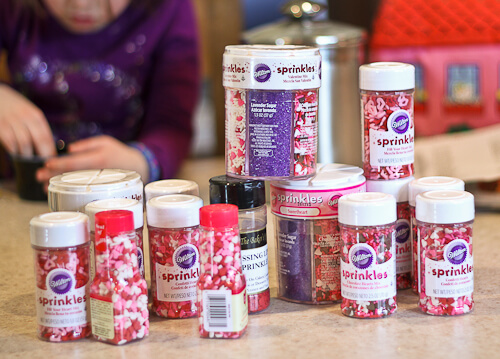 So I starting Googling, looking for a vanilla version of kiss cookies (with the idea of providing both choices). I wasn’t happy with anything I found, especially because most of the tasty looking ones have peanut butter, which, although nobody in Alex’s class is allergic, I still prefer to not use for school parties. And that is when it hit me. What about Biscoff?

Now I am not in love with Biscoff like so many bloggers out there. I find it, quite frankly, way too sweet. I also find the adulation of it to be kind of annoying, in that much like Nutella it is adored by people who would not touch anything American with those ingredients, but because it is European it is somehow perceived as better. Or such is my perception anyway. But I had a jar of it sitting in my pantry because I had been curious about it. It has the consistency of peanut butter with a faintly graham cracker taste. I love graham crackers, so I got to wondering if I could adapt a peanut butter based recipe to make a “vanilla”  Biscoff-based cookie with sprinkles and chocolate in the center.

Bingo! It worked so well that–confession time–this chocolate addict actually preferred the vanilla version. Which is not to say that the chocolate ones were not fantastic. And frankly the chocolate ones are much more visually striking. I was really happy that I chose to make both. I can honestly say that I am pretty sure that these cookies were the most beloved of all the treats I have ever taken into my kids’ classes. The vast majority of the kids were crazy for them. Success! 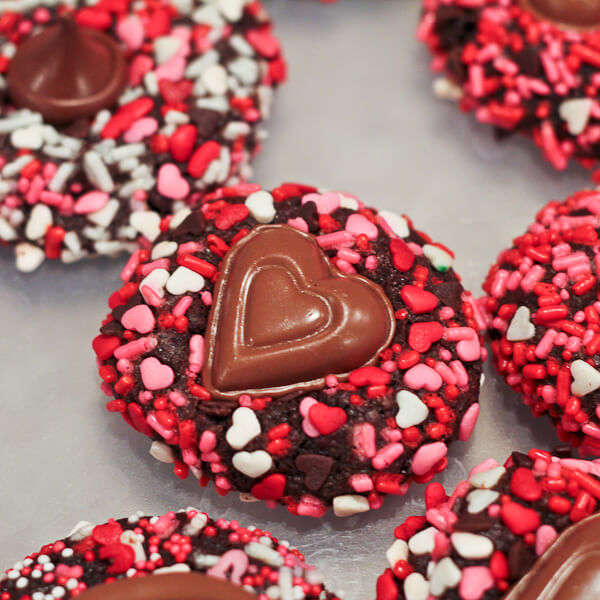 You can find the recipe for the chocolate version at Tracey’s site; the only change I made was to use half Hershey’s Kisses and half Hershey’s Hugs (which no longer seem to exist), the latter of which were definitely preferred by my daughters. I can also tell you that I used Dutched cocoa, but either should work as the (chocolate) recipe has no leavening.  My recipe for the vanilla version is provided below. 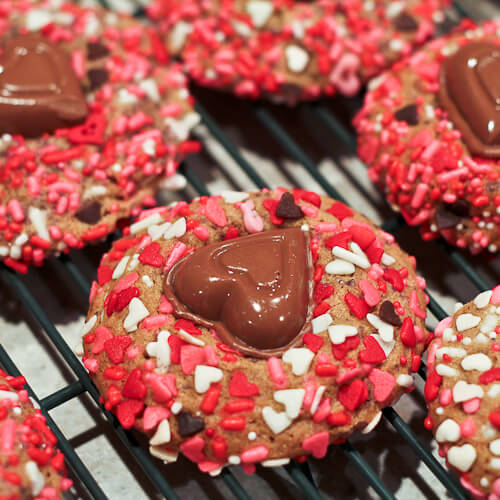 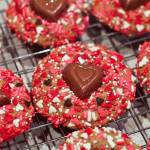