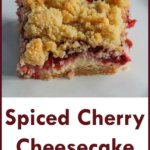 Spiced Cherry Cheesecake Bars are perfect for sour cherries frozen in the spring, when they are picked, and then turned into a fall treat with cloves and cinnamon. Affiliate links have been used to link to items I am discussing below. 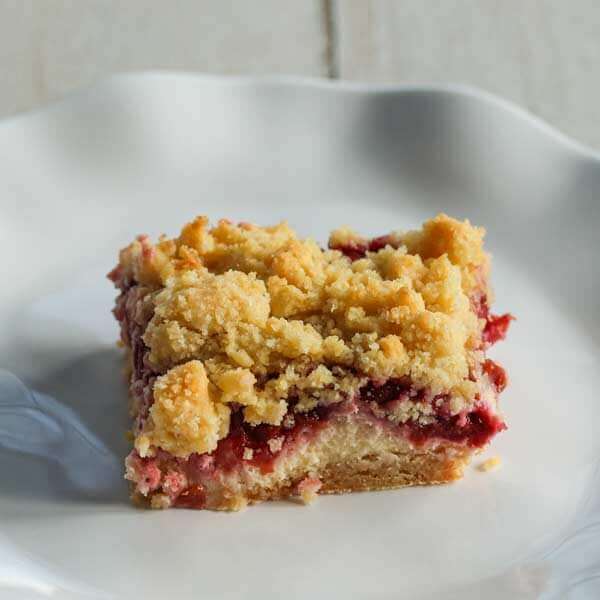 Well the computer is still having problems so if I disappear that is why, but John got my pictures working at least since he is about to go out of town–and of course he got it working right after I finally posted explaining my absence. C’est la vie! When he gets back we will probably be back to wiping and re-wiping and me pretending to check my email on my phone (full confession: I hit 40 and my eyesight went to hell in a hand basket–I hate checking email on my phone!).

I was really torn about when to share these Spiced Cherry Cheesecake Bars. They are made with sour cherries, which are a late spring fruit. But here is the thing–their season is fleeting and most people (according my extensive survey of my family) bake with the frozen ones anyway. We did when we made these. And thanks to the spices, these taste more like a fall treat anyway, although I would cheerfully eat them year round. 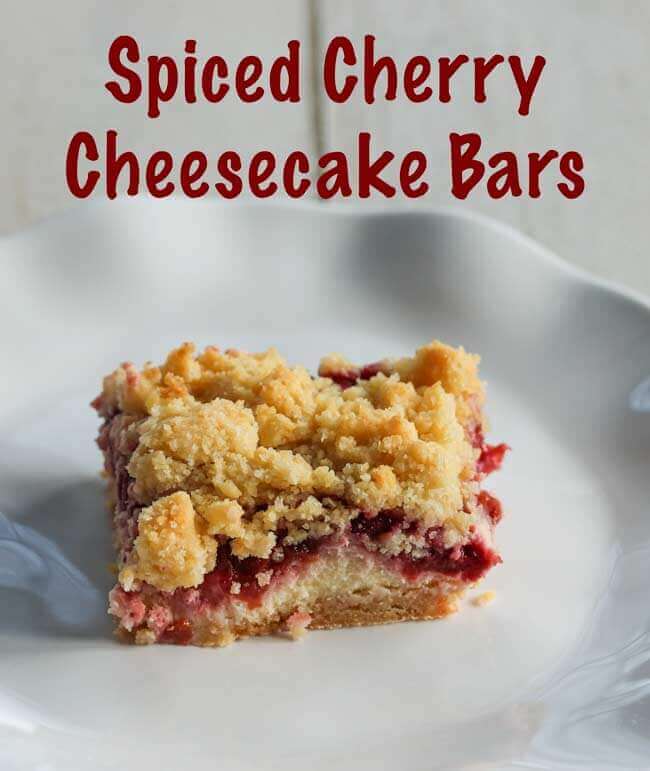 This recipe is closely adapted from Samantha Seneviratne’s The New Sugar & Spice: A Recipe for Bolder Baking

. I am sure she would argue that the spices are for year round, but my American sensibilities cannot help but think autumnal when I taste cloves and cinnamon in a fruit based dessert. It would not have occurred to me to put such strong, sweet spices into a sour cherry dessert, but they actually worked out really well. The entire book is good for challenging those kinds of assumptions–not to mention inspiring lots of tasty treats. 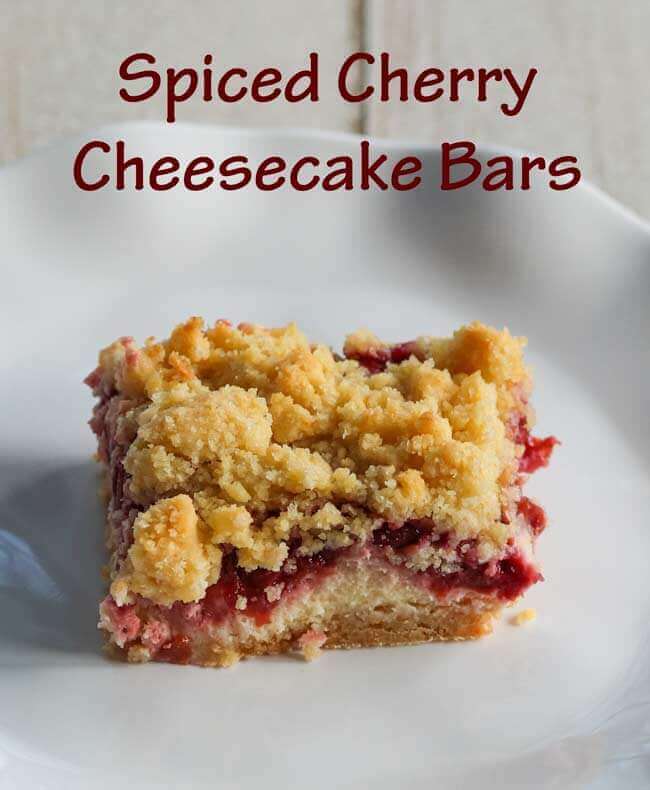 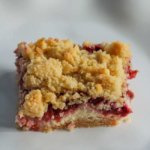 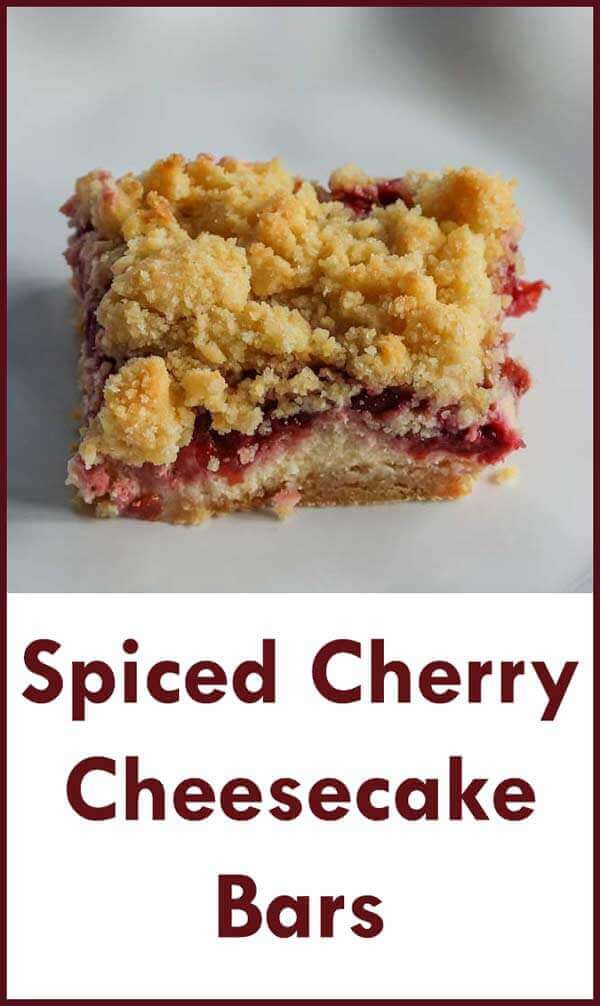