You are here: Home / cauliflower / Spanish Inspired Soup of Cauliflower, Peas and Shrimp with Chorizo and Smoked Paprika 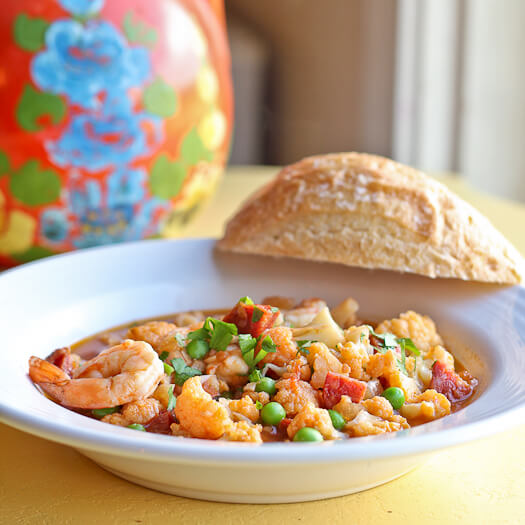 I have this recurring dilemma about summer food. I realize that for many people a soup or stew does not sound great during the summer. But a lot of soups and stews are traditionally made all over the world in hot climates. Sometimes I feel like it is only those of us who live in 4 season locales that have a fixation about not heating the kitchen up in the summer. Heck I have been known to sweat in the kitchen in the winter! Stovetop heat is just a fact of life, and once you get past turning on the stove, a stew like this one, chock full of veggies and a pretty light broth, can taste pretty perfect in the summer. 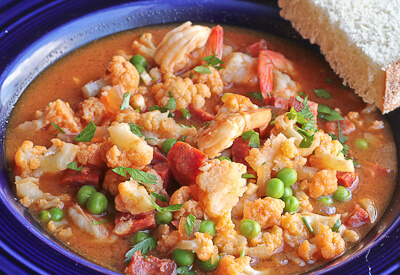 I promised you updates on the aquarium project. Setting this thing up is quite the process! As I mentioned, we went with a 20 gallon aquarium. We could have went with something smaller, a bit more fitting for a child’s bedroom, but the official advice was that it is better to start big as it is much easier to keep fish alive in a larger aquarium. That of course also necessitated finding a stand. A 20 gallon aquarium will weigh around 200 pounds when filled with water, gravel and ornaments, which I am not counting on our IKEA bookshelves to hold. Plus a stand has the benefit of having a cupboard to store food and aquarium cleaning supplies. 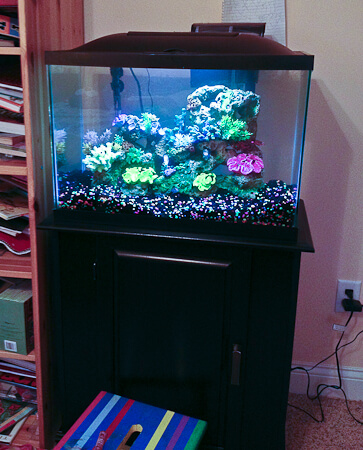 The aquarium has to run for around a week before we can put any fish in it, to make sure the water is completely cycled and “fish-ready.” So it is empty (of fish) for now. But Alex did get to pick out the gravel and ornaments. I am pretty happy with her choices–Sammy made it clear that if it were her aquarium it would be filled with pink garbed princesses and ceramic castles. Those are legitimate choices, but I have to admit I prefer the almost natural look that Alex went with, high-lighted by touches of bright, borderline neon pastels.

I’m kinda jealous. I kinda want a fish tank in my room! 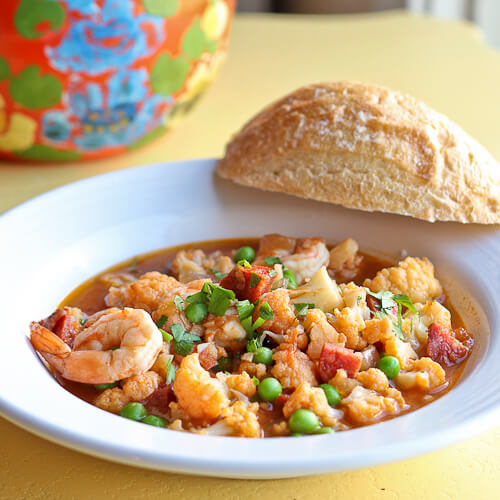 This soup has its roots in Spanish chorizo stews and potato dishes, but it is a lighter alternative with cauliflower taking potato’s role. 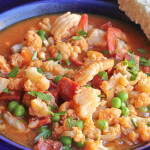