Samosa Smashed Potatoes are the perfect side dish to jazz up a holiday meal or Sunday dinner; they marry the savory deliciousness of a samosa filling with the ease of smashed potatoes! 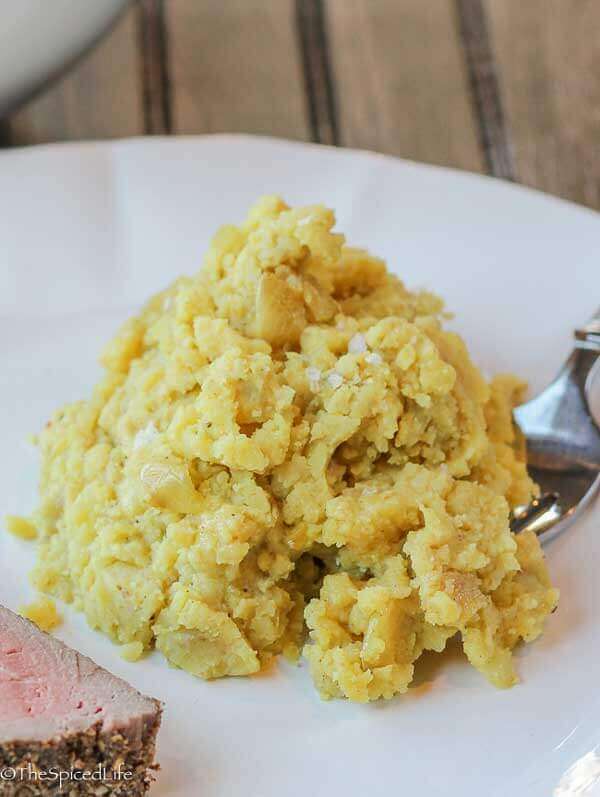 Some of you might remember a post on Spice Crusted Beef Tenderloin from early 2012; that year I “slid a non-conventional holiday meal” past my conventional family. Translated, this means I love spices and my family tends to forget they exist during the holidays. It also means that my dad in particular does not care for Indian food. So I served the flavoring for the smashed potatoes on the side–but those of us who love vegetarian Indian samosas recognized the flavor easily. That meal was a huge hit and I always wanted to make the potato dish in particular again.

This year it was my in-laws’ turn to be here for Christmas. They are a pleasure to cook for, as their tastes often align closely with our own. So I re-created that sneaky “Indian” holiday dinner, only this time I served the smashed potatoes flavored exactly how I wanted them. Everyone loved them–and it was at my sister-in-law’s urging that I got my butt out of bed on the 26th and made sure to photograph the leftovers in the good light (I had made double the recipe you see below, which was probably overkill for seven people). 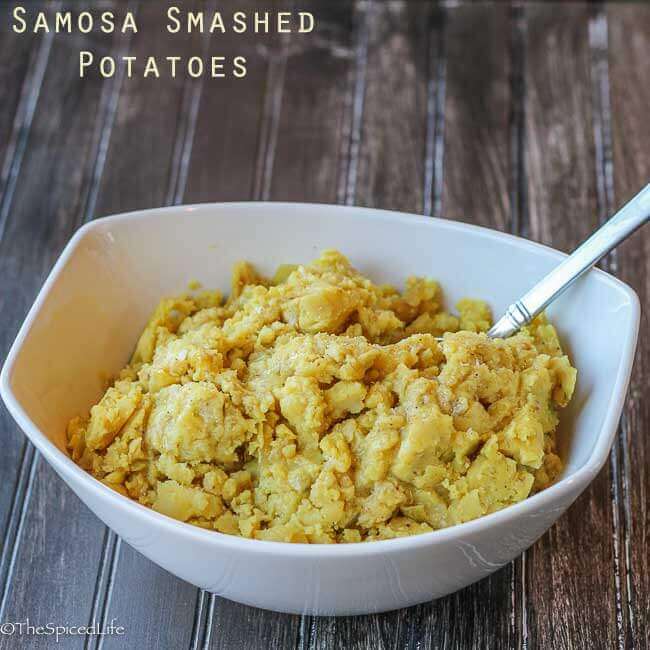 So this is not the prettiest of side dishes, but I promise it will wow your guests. Why smashed potatoes, you might ask? I genuinely prefer smashed potatoes to mashed. They are less work–no ricer needed–and I like my smashed potatoes to have some texture. I want to know I am eating potatoes. I like the lumps that are left when you coarsely mash instead of breaking the potato down completely. If you wanted to make whipped mashed potatoes with this recipe though you certainly could. 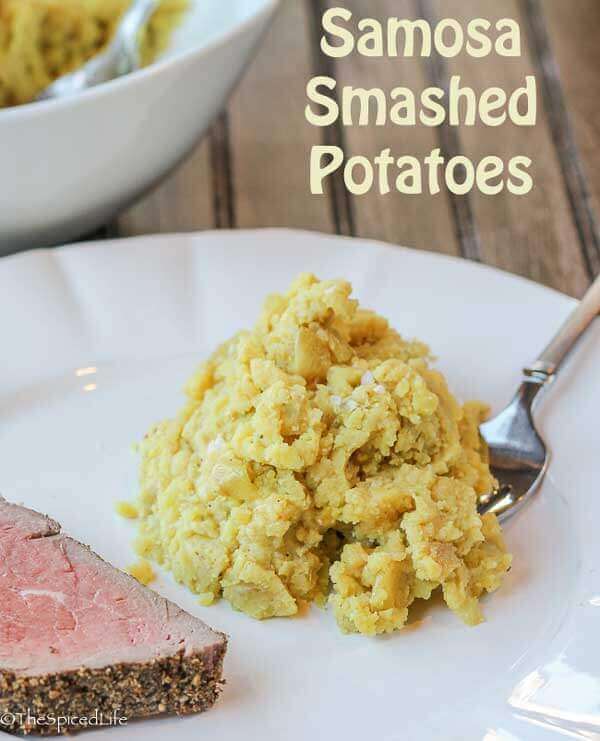 As mentioned, these Samosa Smashed Potatoes are inspired by the flavor of the filling of a vegetarian Indian samosa. For those who are unfamiliar with samosas, the samosa was one of the world’s original “fast foods,” eaten by Central Asian nomads as a pastry with meat and fruit filling. It eventually made its way to India, where originally it was still a meat pastry. And in some pockets of India, it still is, and in some other pockets of India people have gotten extra creative with their fillings, including even dessert samosas with chocolate. But overall, the samosa that became the most popular and pretty much defines samosas all the world round is the vegetarian samosa with a spiced potato and pea filling. And it is that flavor I was going for.

If you wanted to make this dish as a casual vegetarian dinner, I highly recommend adding those peas. But I decided that for a side dish in a formal meal with a centerpiece “roast beast,” I did not want to add the additional protein. Instead I served it with asparagus drizzled with a lemon butter; I hope to share that recipe some day, especially because the lemon butter was amazing on the leftover Samosa Smashed Potatoes the next day. Drizzled butter, lemon juice or yogurt are all excellent choices for serving with the smashed potatoes. 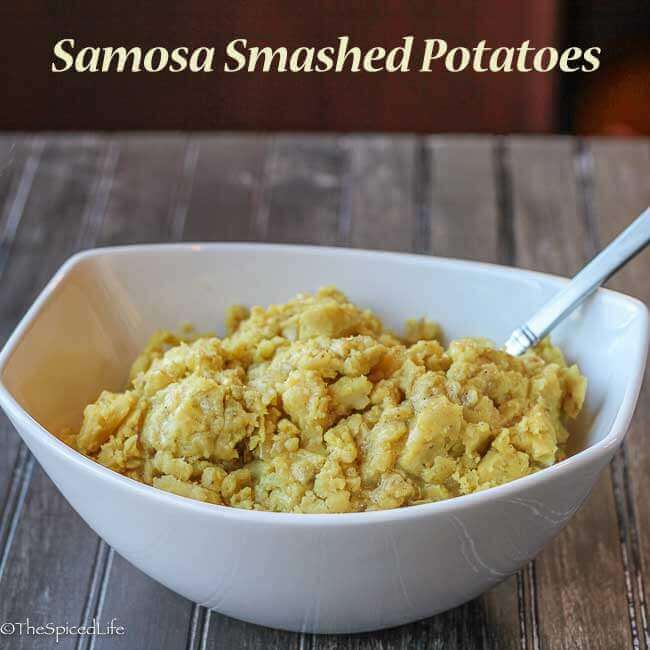 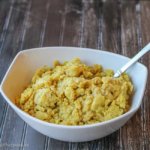 These smashed potatoes are not the prettiest of dishes, but they are sure to please anyone who loves samosas, Indian food or adventurous potato dishes. I served them with full fat yogurt and a lemon-butter drizzle. This is perfect as is, for a formal dinner side dish, but for more of a complete more casual meal, try adding thawed frozen peas at the end!

Course: Side Dish
Cuisine: Indian
Servings: 6 people (as a side dish)
Author: The Spiced Life
Ingredients
For the potatoes:
For the flavoring:
To add to the smashed potatoes:
Instructions