I am so sorry for the long silence. First I was out of town for New Year’s. And my annual “best of” lists always take some time and thinking. And then, while we were in Ohio, the entire family–and by that I pretty much mean my parents, all of their children and all of their grandchildren, became victims of some awful petri dish inspired nightmare. You’ve read those articles about norovirus taking out families left and right? Yeah, I can confirm. And on top of it, there was an upper respiratory bug involved, so some of us, namely me, Alex, my dad, my sister and her poor baby, had the norovirus and the URI at the same freaking time.

So far I cannot say 2017 has been super pleasant.

But! We will chug along optimistically. After all,most of the stuff in this list continues to be available to me, so how bad can life be (KNOCK ON WOOD)?

This is a hard year to sum up, because it began in one state, ended in another, and included a huge life change none of us saw coming. So it took some creative thinking on my part–and a lot of actual research because, as often happens when locations are shifted, early 2015 feels a lot longer ago than just 12 months. Further complicating matters is the fact that not all of the things that made this list were available to me in both locations–for the sake of my peace of mind, I tried to focus on Pittsburgh realities, not Ohio. The one item this is not true of is cookbooks. Almost half of the cookbooks that made this list were used in Ohio and are packed away in boxes right now, through no fault of their own.

So…. now that I have presented the dilemmas and my state of my mind, here is my list, broken down into three parts: Ohio (before the move), Pittsburgh (after the move) and cookbooks. You will notice that the Ohio section is much smaller. This is a function of a few things, namely memory and the fact that as soon as we knew we were moving, our mindset became all about falling in love with Pittsburgh and why Pittsburgh was preferable. Further, some things were new in Pittsburgh, whereas their equivalent in Ohio might have been included in such a list 10 years ago, when it was new to me in Ohio. 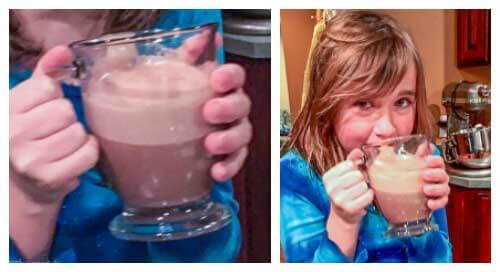 1. Breville Hot Chocolate Frother: a big one in Pennsylvania too, but we acquired it and fell in love with it in Ohio. It makes the texture of hot chocolate silky and delicious, it doubles the volume of the drink which is great for those of us greedy for hot chocolate, and it whips it up quickly hands-free. Pardon the pic–it is the best I had, and because of stomach germs, I was unable to make more to photograph for this post. Maybe I will update when we are all feeling better because goodness knows we drink a lot of frothed hot chocolate!

2. McGinnis Sisters–a local grocery chain that makes finding local, seasonal produce a snap. In Ohio we lived across from a farmers’ market that was open April through December 24, so finding local produce was an immediate priority for me. They are also a great source for some random items we cannot live without, like Red Boat Fish Sauce, local cream, local eggs and Garden Fresh tortilla chips. [Update November 2018: I am devastated to report that McGinnis Sisters went out of business.] 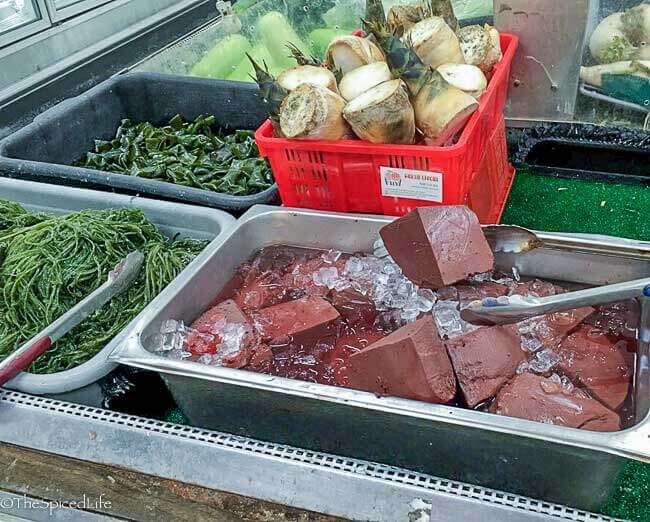 3. Strip District–the easy no brainer, the neighborhood that makes leaving Jungle Jim’s not a complete travesty. Locally made charcuterie type meats, amazing imported chocolates, Mediterranean foodie mecca, best Asian grocery I have found in Pittsburgh…. It also turned out to be an amazing place to shop for presents for the foodies in my life (in other words, my entire family). 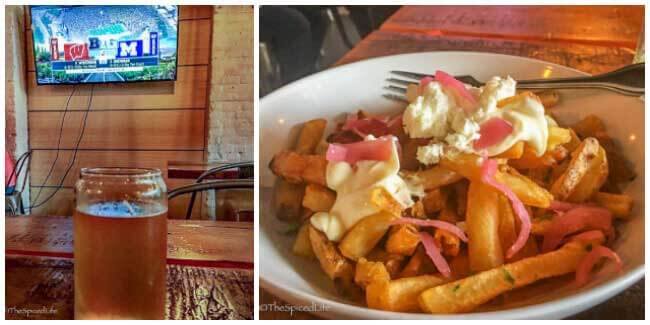 4. You can file under the Strip District, Smallman Galley, which I discovered because that is where a lot of the University of Michigan Alumni Group football watching parties are held–but which captured my interest for its own sake as a (what I believe is the country’s first) restaurant incubator, a large space that holds a bar as well as 4 restaurant counters for up and coming chefs needing to learn the restaurant business. I thought I would be eating nachos every Saturday but instead I was eating really interesting, creative dishes from bright new chefs in Pittsburgh! And how about a shout out to the Pittsburgh Michigan alumni for choosing such a great space to watch football! For the local and curious, that dish is the Provision Fries from the Provision counter, and it is one of the best things I have ever put in my mouth, with perfectly cooked fries, goat cheese, lemon aioli and pickled red onions. It is served with sweet and sour lentils, and while I got them on the side that time, they are amazing on the whole mess. 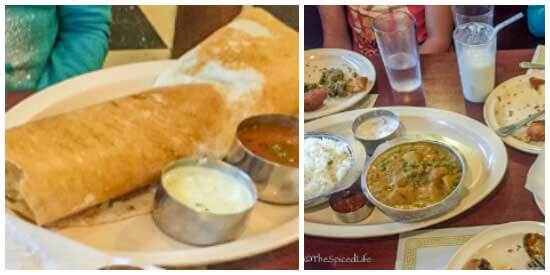 5. Udipi Cafe: Continuing with the restaurant theme, I finally live near a south Indian restaurant. I have been stuffing my face with south Indian chaat and dosas every time I go to Columbus for quite a few years now, but finally that option is available to me where I live! Like many hole-in-the-wall restaurants, the ambience is lousy and the service is bipolar, but the food is always awesome.

6. Madero Cantina: This is a totally unexpected Mexican restaurant near us. Not at all the typical Mexican restaurant in America, it made this list by virtue of serving huitalcoche alone. Huitlacoche is a Mexican delicacy–a fungus that grows on corn (think of it as a mushroom or truffle if fungus bothers you!) and I had literally never even been able to try it before this restaurant. And holy wow the dip they make with it is amazing.

OK, before this post basically becomes a paean to living somewhere with choices in restaurants, let’s get to cookbooks…

To keep things simple, if I have a blog review or I have written at all about the book, I am just going to link to that! As always, these are in no particular order, and may or may not have been published this past year. What matters is this is the year I acquired/discovered/fell for them. Cookbook images are affiliate links from Amazon.

7. Books I loved this past year:

Cooking with the Muse

A Bird in the Hand

8. Books I have acquired since the holidays that I am super excited to use:

9. It was inevitable I would forget something. Marcus Samuelsson’s The Red Rooster Cookbook: The Story of Food and Hustle in Harlem

gets its own entry because I cannot put it down. It is that perfect combination of amazing recipes, amazing photos, and of most interest to me, amazing writing. I love pretty much all of Samuelsson’s cookbooks, but this one really stands out for anyone interested in African American history, Harlem history, or dare I say it, American history.