Pizzelles are light, crispy and delicious Italian cookies often served at weddings and at the holidays, although they are tasty enough to serve any time! Our favorites are anise flavored and citrus vanilla, from fiori di sicilia, so we make them both ways. Affiliate links are used in this post to link to items I am discussing. 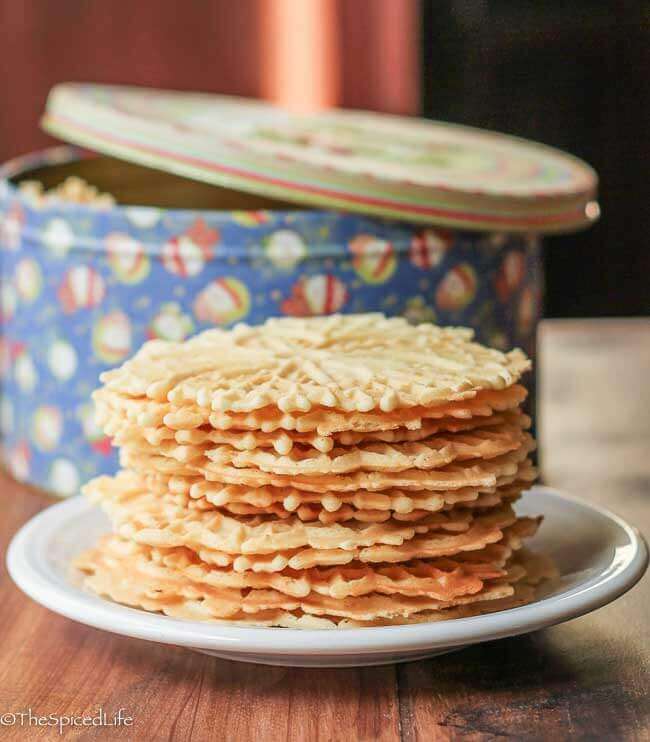 It is no secret that when I started blogging I really did not know what I was doing. I knew I liked to write and I knew I liked to share the recipes I was trying, and that is about it (let’s not even discuss the photography). Concepts like “duplicate content” meant nothing to me. And I did not think twice of sharing a recipe I didn’t really like!

Somehow, despite the odds against it, one recipe I did not like much, Lemon Vanilla Pizzelles, became one of the most visited posts on this blog! In the meantime I did indeed learn about duplicate content and became determined to not share another pizzelle recipe until I found one I loved. So every year, literally, because Christmas is not Christmas in the Tabacca household until there are pizzelles, my mom and I tried new pizzelle recipe and flavor combinations. And I do believe, after 7 years of experimentations, we have finally found a recipe that I love, will use again, and can recommend without hesitation. Ironically it was sitting on my cookbook shelf all along, in the The King Arthur Flour Cookie Companion: The Essential Cookie Cookbook 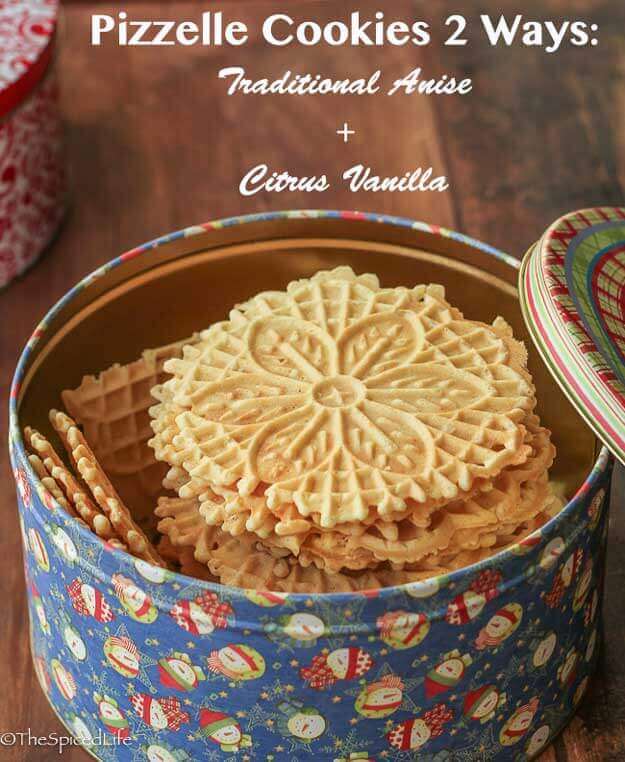 Most people (in America anyway) think of anise when they think of pizzelles. I love the anise pizzelles, and yet I always wanted something more, maybe because I don’t generally love licorice flavors (the pizzelle is generally the exception). I was on the right track with my lemon vanilla experiments, but it wasn’t until I discovered Fiori Di Sicilia Extract

that we hit it out of the ballpark. So now I like to make batches of each flavor and offer both at the holidays–or whenever the pizzelle mood strikes me! 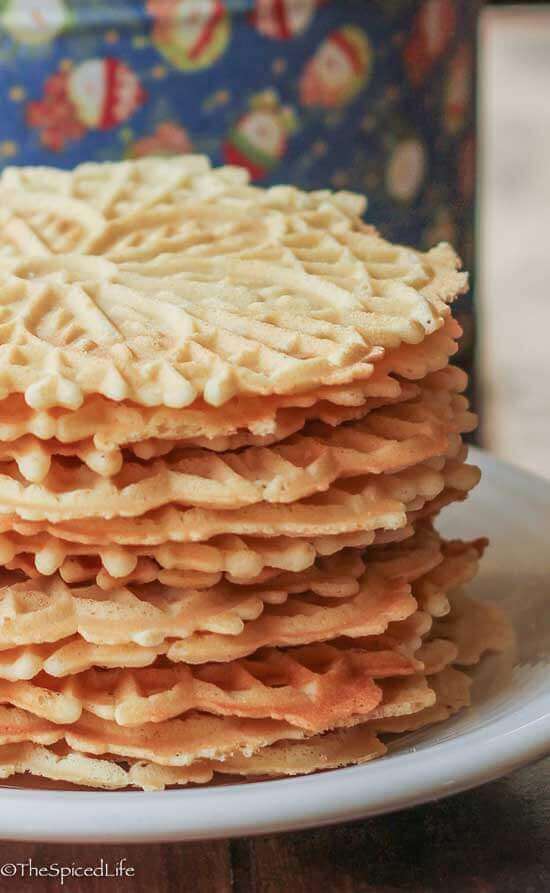 If you have been wondering what a pizzelle is this whole while, wonder no longer! Pizzelles are Italian cookies, originally made in the south central area of Abruzzo in the 8th century. Like many famous dishes, more than one town claims to have invented them first and presumably nobody really knows the truth of it. In Italy they are often served at weddings, whereas here in America we see them most at Christmas time. Pizzelles are made with irons similar to waffle irons and these days are a simple undertaking with nonstick irons made just for making pizzelles (my grandma on the other hand made hers with a bulky cast iron mold you worked on the cooktop). If you decide to invest in a pizzelle iron–which I of course recommend–you can also use it for making other wafer cookies and even ice cream cones! 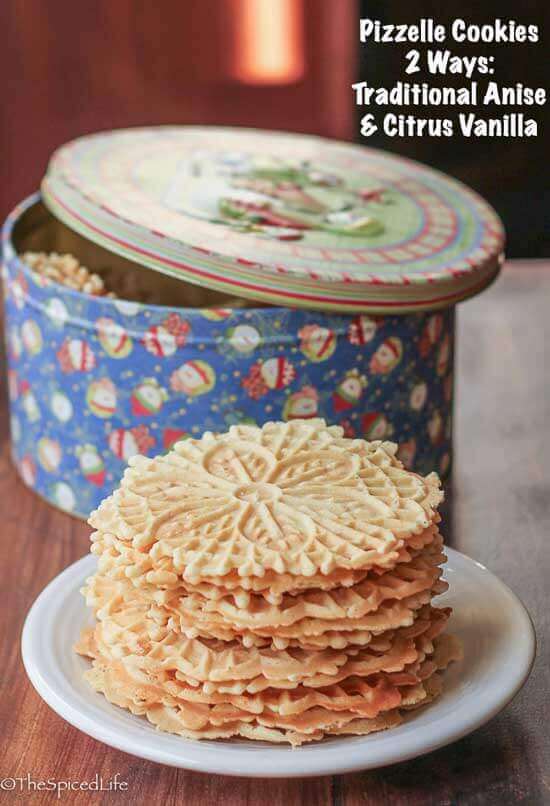 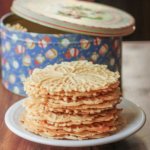 Looking for a collage to pin? Click here–it was too big for the page!