Flourless Fudgy Brownies with pistachios and macadamia nuts are a gluten free, rich and delicious snack or dessert. Affiliate links have been used in this post to link to items I am discussing. 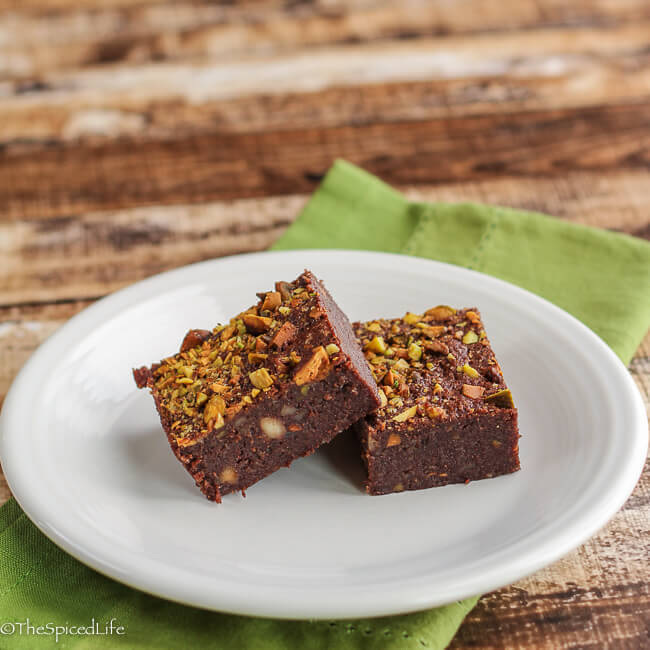 I told some friends of mine there are 7 stages to any major (and the impending trip to Italy is definitely major) vacation (actually I said 6, and a very wise friend added the 7th):

Yeah I think we might be trapped in #3 right now. The amazing news is that it turns out we have enough time after the actual program in Calabria to hit 2 places (not counting Rome, since we fly in and out of there and will have some time at both the beginning and end of our trip), and we are going to do Venice and either Florence or some other city in Tuscany. Oh yeah and the bad news? We committed to that time so we have to pay for the hotel rooms. Poor hubby. I just gotta get him past #3 and onto #4.

So yeah I think some distraction is in order… 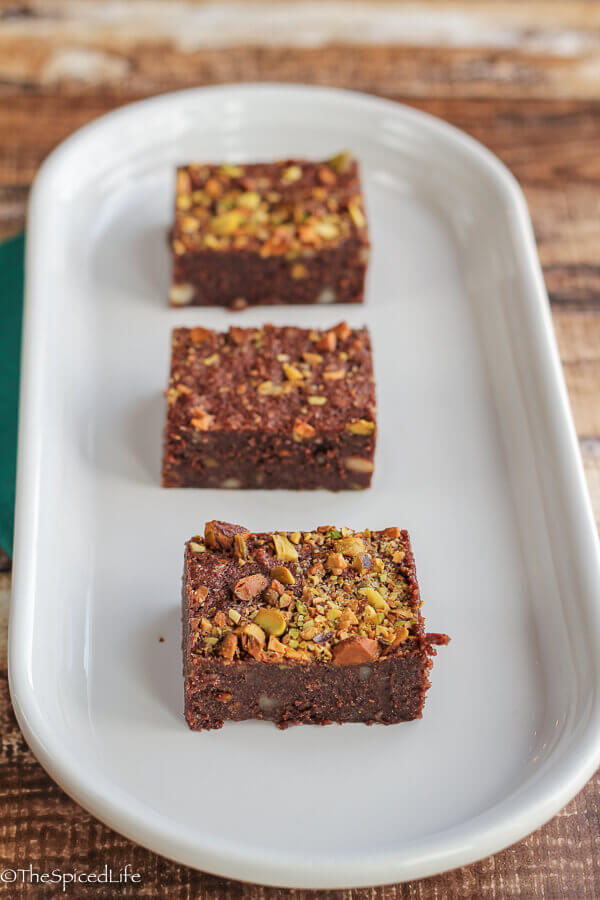 I found the recipe for these gluten free Flourless Fudgy Brownies in Kamran Siddiqi’s Hand Made Baking: Recipes to Warm the Heart

, which came out this past year. I bought it on a whim and have not been disappointed. I was not previously familiar with Kam’s blog The Sophisticated Gourmet (on his Amazon page he instructs to all call him Kam so I guess I will!), but I can promise you I will be now! I have loads of goodies bookmarked. Also, if you are a book nerd like me, someone who is interested in the feel and appearance of cookbooks, Kam’s book has a really funky binding that I really like. I wish I could think how to describe it–it is as though the flat cover was removed and you can kind of feel the actual binding. Whatever I am sure I sound crazy (family members need not comment on this). I like the feel of certain cookbooks in my hands, and want to spend time with them as a result, and this cookbook is definitely one of those. 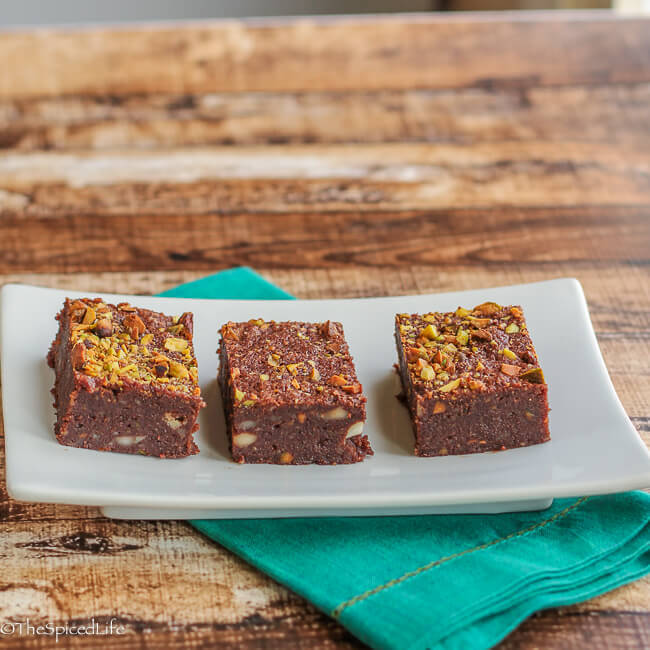 About the actual brownies. Full disclosure: I am a chewy, cocoa brownie purist. And I pretty much still am. But for someone who in general is not into fudgy brownies, I liked these an awful lot. I think it is because they had nut flour in them and are gluten free, and thus fudgy, instead of just being fudgy from being under-baked or having too much chocolate. They were a little too rich for my insane husband, but the kids and I devoured them. I also really liked the look of the finely chopped pistachios on top of them–something about that green/gold just lends an air of sophistication to baked goods.

Because I did not change anything and wanted to review the book (which I bought and paid for, so there was no publisher to request the recipe from), I was relieved to discover that the recipe for these brownies is on The Sophisticated Gourmet. He changed their name and added chopped pistachios on top for the cookbook, but that is the only difference between the site and the cookbook. Also, he does not specify when to add the chopped nuts in the book. I did not think they would stick if I added them after baking, but I also was a little concerned they would burn if added before baking. So I pulled the brownies out about halfway through baking them, and added them then.

If you are a fan of Pinterest collages, here is one to pin: