You are here: Home / bulgur / Chickpea and Bulgur Salad with Carrot Pistachio pesto 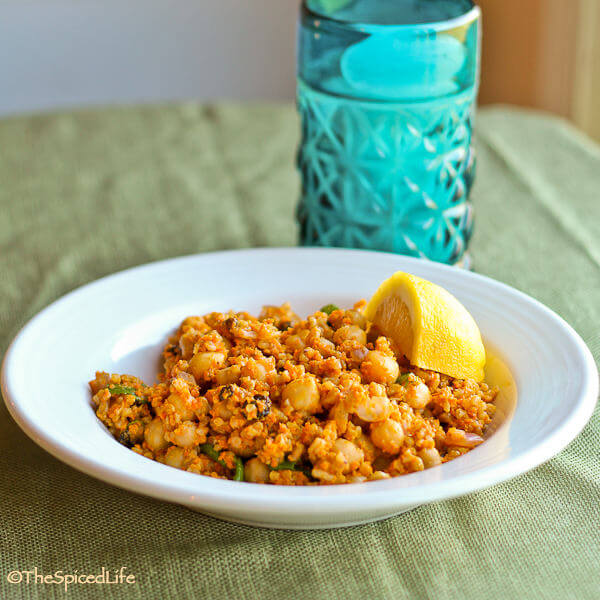 I’ve been sitting on this dish, waiting to share it with you until after all my early month blogging events were over. It turns out to be extra timely now, because I re-created it again tonight for a potluck party we were attending, and it was yummy once again–and pretty flexible, as the second time I grabbed what I had on hand and changed some of it around. 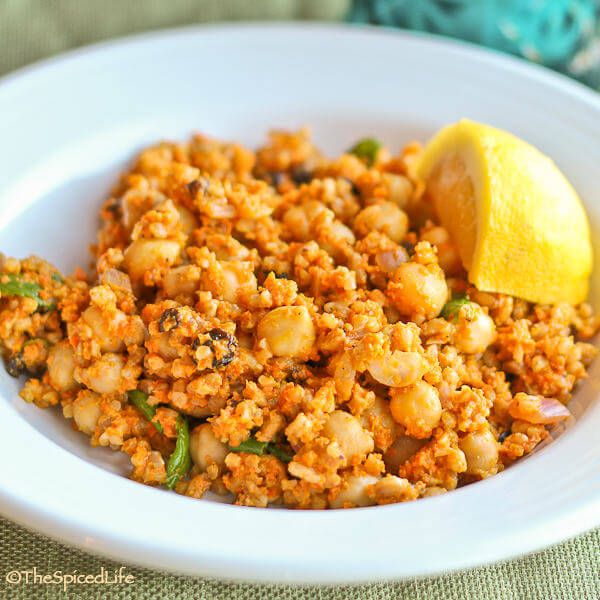 Before I share the dish, however, I want to talk for a moment about feeding elementary aged kids. I know for the most part I have very UN-picky kids. They don’t bat an eye at being told they are eating stir fries, curries, or frankly anything. I cannot think of a single word that causes them to be taken aback when it comes to food, except maybe insects, and I have even convinced them to eat those! However, I have noticed that the longer they have been in school, and therefore exposed to other kids’ eating habits and opinions, the pickier they have gotten. Dishes that are super similar to dishes they once devoured they now stare at suspiciously. And as I was sitting and listening to Carol Byrd-Bredbenner as she spoke at Live Well 2013 last week, I had this revelation:

I have allowed our dinners to turn into battlegrounds, when I always swore that was the last thing I would do.

Why? How? Well, I cook a lot of dessert, as you may have noticed. I actually am ok with my kids having dessert every day (please don’t throw things) because one of the great things about dessert being common is that it is not exciting. And because it is not exciting, really small portions are accepted. My kids will walk away from a slice of cake half finished, because they are full and they know they will have dessert again another day. It is nothing special. However, in my frustration at them refusing to eat, for example, this awesome salad being shared here (when I know darn well that Alex, for example, loves bulgur, loves chickpeas, has no problem with farro, etc etc), I was turning dinner into a hoop that needed to be jumped through to get to dessert. The entire time Carol was speaking about this I wanted to hide under the table. Especially because I pride myself on raising adventurous, polite eaters. But Carol is right–by turning my dinners into hoops to be jumped through, the dinners become not just unpleasant from the fighting but also it is as though I am conceding that dinners are something unpleasant you just have to get through. 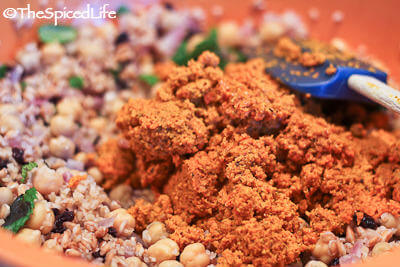 Perfect example of issue: Alex saw the carrot-pistachio pesto and immediately decided it look weird. Before she went to school, it never occurred to her to consider the appearance of dishes I made “weird”.

So I came home and immediately set about upending things. Dessert is no longer tied to dinner, but rather happens about an hour after dinner, to keep it unconnected. I also told the kids they were now in charge of serving themselves, and that I was no longer going to tell them they had to eat “so” much. The change has been pretty instantaneous. Suddenly the kids are on board with whatever I serve; as a friend put it tonight, it is as though the kids are convinced that they are ladling out the tastier part of the soup just because they are ladling it! I am going to give it a year or so and make this salad again. Because I am convinced they would have liked it if they had not gone into dinner expecting to dislike it. John and I loved it. And in the meantime, I will also try to keep you apprised of how my little experiment goes.

As far as this particular dish, I found its beginning in Meatless: More Than 200 of the Very Best Vegetarian Recipes

from The Kitchens of Martha Stewart Living. My changes were mostly about health (the farro for added fiber), convenience (I don’t tend to keep scallions on hand) and whim (adding the cumin the second time, which was very tasty). I love the idea of a carrot pistachio pesto–it has oodles of flavor! It was the perfect dish for our potluck, as I was able to whip it up in about 45 minutes (some of that waiting time). 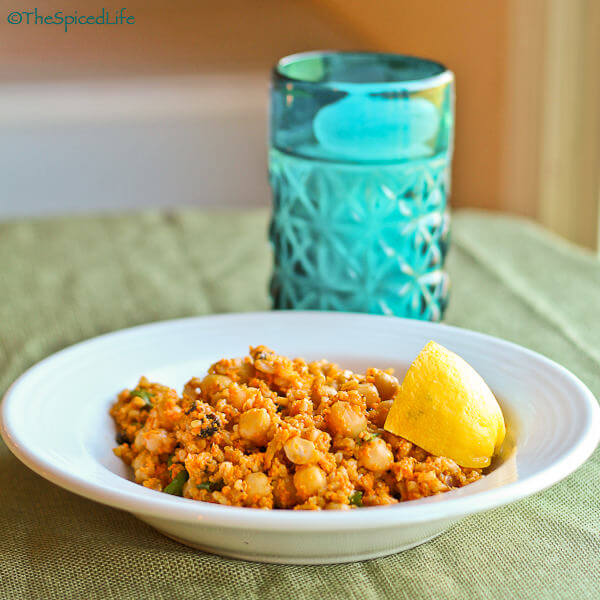 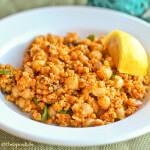