You are here: Home / almonds / Chicken with Mock Mole Sauce of Almonds, Orange, Chocolate and Sherry

Chicken with Mock Mole Sauce of Almonds, Orange, Chocolate and Sherry is a delicious introduction to using chocolate in Mexican mole sauce. A copy of Bold: A Cookbook of Big Flavors

was sent to me by the publishers for the purposes of an honest review. Affiliate links have been used to link to items discussed in this post. 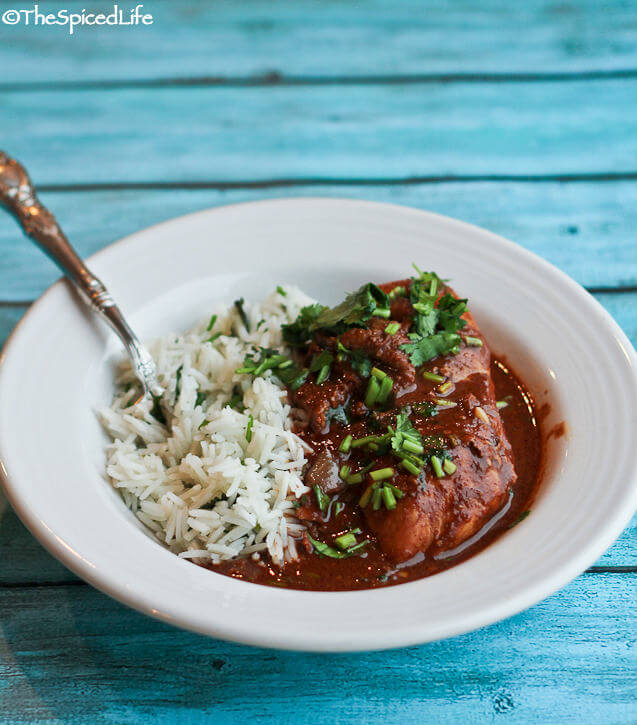 This is another timely Mexican dish post that I think would be fabulous for Cinco de Mayo–or any other time of year. It also became relevant to Alex’s end of year Spanish language Mexican food party that I told you about. Because the teacher, with every good intention in the world, brought in jarred commercial mole negro sauce for tasting. To a group of rural Middle America kids who had never even heard the word mole, let alone tried any of the different varieties traditionally made in Mexico.

I could have cried.

I realize this seems like an extreme overreaction. But I think of myself as an ambassador of sorts when it comes to unfamiliar, often international foods and children. I have done a darn good job with my own kids. Even in this case, when every single person in the room reacted with wrinkled noses and gags (mole is strong and meant to be served with protein not eaten with a spoon, black mole is extremely bitter to our north of the border palates, and this was cheap jarred mole, nothing homemade–and it was quite spicy hot), Alex told the other kids I have made several different kinds of mole and she loved them all. But it did not matter. I saw the looks on their faces. Most of those kids are intent on not trying mole any time soon. Which is a shame. 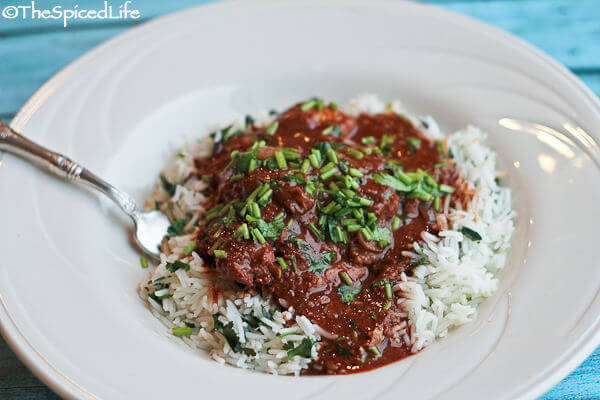 Mole, kind of like curry in Thailand, can mean many different preparations. Almost all of them involve some combination of ground dried chile peppers, nuts, dried fruits, etc. Some have Spanish ingredients added, such as the sherry in this mole. Mole sauce can be light, dark or in between. The classic mole that many of us think of is indeed the mole negro, black from unsweetened chocolate and ground nuts and dried fruits. This particular “mock” mole is a great mole to try if you are curious about using chocolate in a mole but are not quite ready for the bitter majesty of the Oaxacan Negro. It is much less bitter and includes Spanish influences from the sherry, orange and even the almonds, an Old World nut. It is flat out delicious. 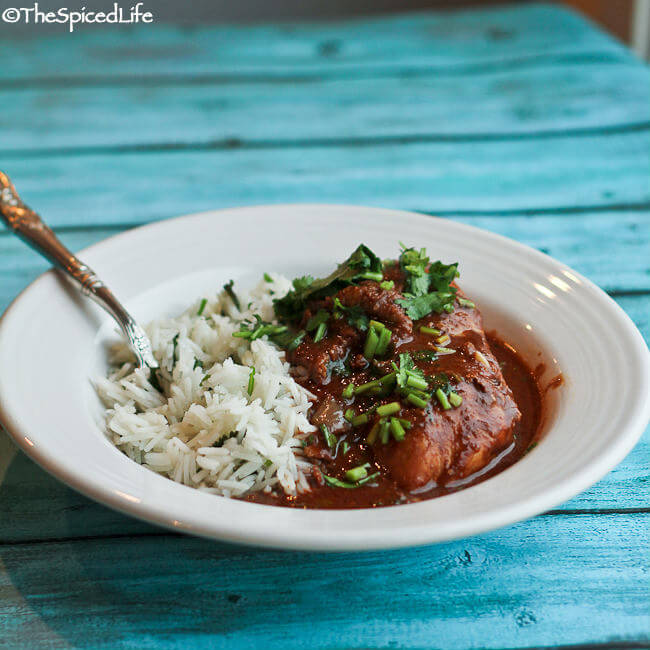 I found the basis of this recipe in Victoria Wise and Susanna Hoffman’s Bold: A Cookbook of Big Flavors

, which I pretty much shamelessly begged the publisher to send me for review. And I am so glad I did! The recipes are just what it claims, a boldly flavored, internationally influenced celebration of the melting pot that American cuisine has become. There are no photographs, which is a bummer, but there are loads of recipes (250+), most of which I have bookmarked! Chicken Breasts in Coffee, Vanilla, Sundried Tomato and Currant Cream. Yum! Nori-Topped Seared Tuna with Ginger Carrot Puree! Panko-Crusted Mahi Mahi with Polynesian Mango Chutney! Bittersweet Chocolate and Espresso Butterscotch Pie in Shortbread Crust!

OK I am stopping because I am getting hungry and it is late at night.

I chose to serve this dish with a lime and cilantro rice, and I thought the acid of the lime perfectly complemented the rich mole sauce. 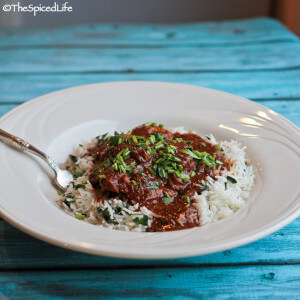 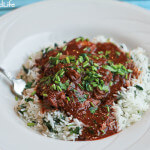 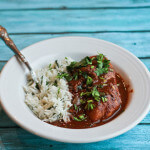 I received a copy of the cookbook Bold: A Cookbook of Big Flavors

for free from the publisher for reviewing. All opinions are my own and I was not compensated in any way beyond receiving the book for this post.

Affiliate links were used in this post, but only to link to items I would be discussing and linking to anyway.