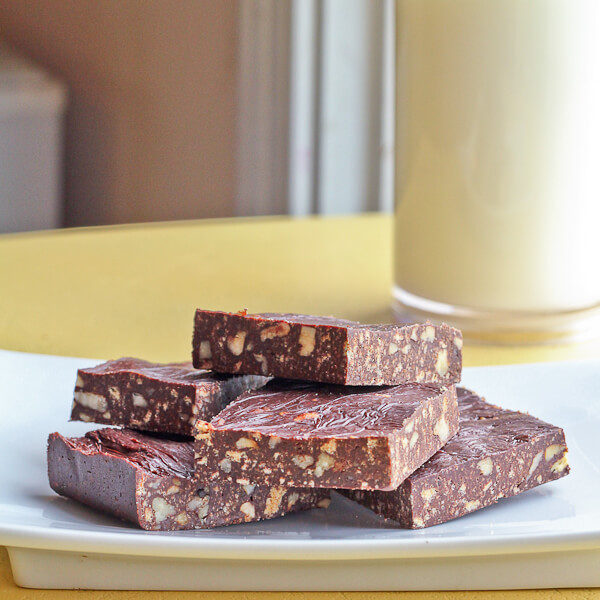 You know what they say about assuming….

I write this post in sincere humility, to demonstrate that even experienced bakers such as myself, who routinely instruct others of you how to bake on this website, are capable of making absolutely ridiculous mistakes. Alas. And sometimes we even do it when it really counts, such as when celebrating our daughter’s 8th birthday. 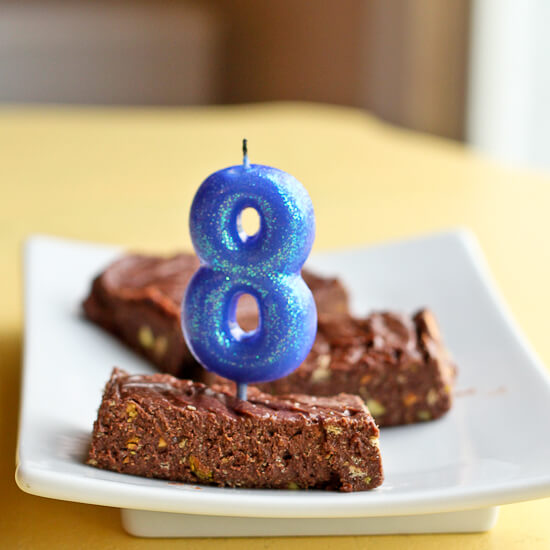 So the second picture, the one with the “8” candle, those are the bars I served for Alex’s birthday dinner with her grandparents. Those are the bars in which I assumed that a can of sweetened condensed milk was 3/4 cup, the amount called for by the recipe. Why did I assume this? I have no idea. Sheer laziness I suppose. And irritability when I could not easily figure out how much was in the can. The result was annoyingly gooey and pretty darn sweet. Which is not surprising given that just as I was trying to figure out what to say about this recipe, I realized that a can of sweetened condensed milk has 1 1/4 cups. YIKES.

Never let it be said I am not willing to sacrifice myself for you guys. In order to give this recipe and book a fair review, I of course needed to re-make the recipe as soon as possible. I wouldn’t want to keep you waiting! 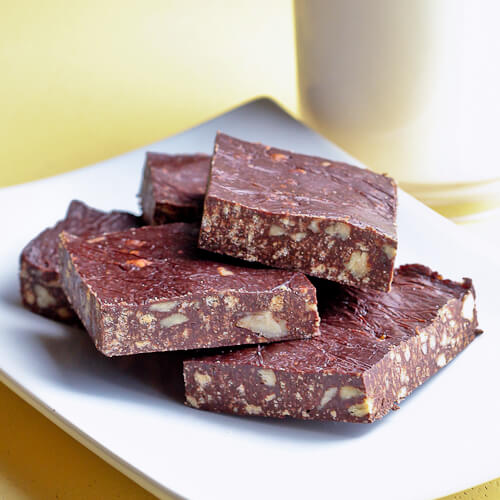 The book is big and gorgeous for a single topic cookbook. That sounds like damning with faint praise, which is not at all how I mean it. But most single topic cookbooks are smaller, often paperback and often not with loads of photos. This is a large book, hardback, with 223 pages of beautiful desserts. This is partly accomplished by including stovetop desserts and puddings. It is also accomplished just by being really creative and thinking outside the box. I think I have half the recipes bookmarked! 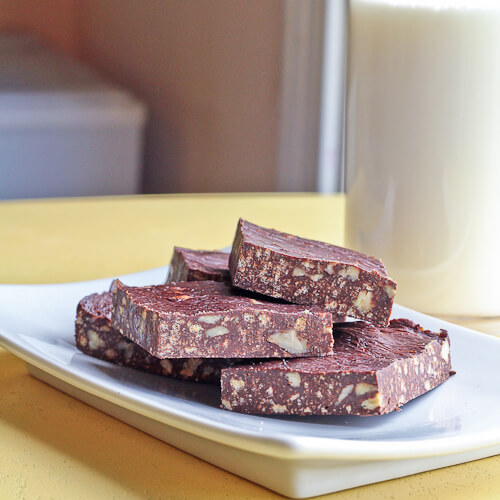 This particular recipe is super simple, super short and super tasty. Other than taking the time to melt the chocolate, this recipe consists of dumping ingredients into a bowl and mixing, then pressing into a parchment lined pan. Chill time is 1 hour. The result is similar to chocolate salami, but not nearly as rich given the graham cracker crumbs permeating the brownies. The first time, I used pistachios. The second time, pecans. Faith calls for hazelnuts, but any nut should work. I would also like to try other mix-ins, such as chocolate cookie crumbs instead of graham crackers, with maybe Andes mint chocolate baking pieces in place of the nuts. And so on. 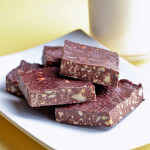