You are here: Home / chicken / Asian Braised Chicken and Noodles

Asian Braised Chicken and Noodles is a fast, healthy and delicious meal that the entire family will love. Affiliate links have been used to link to items I am discussing. 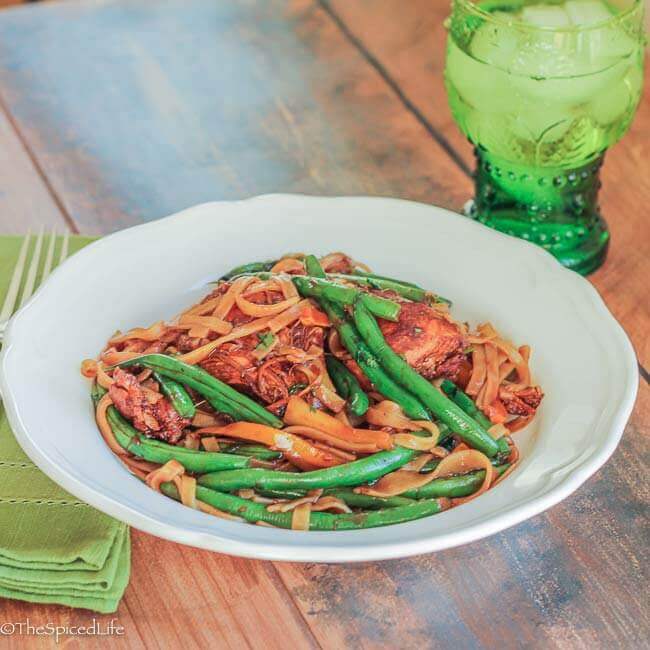 Whew! Deep breath. OK, the move is not done, in the sense that there are boxes, and people I mean boxes still to unpack. But the kitchen is useable, so I am slowly returning to cooking and baking (stay tuned for the cake we whipped up this past weekend too!).

Right now I am still kind of numb… I suppose that sounds bad, but I don’t mean it as bad or good, it just is. I am too busy unpacking and figuring out where things are to think too much about what we left behind. Some things are better– the master bathroom is AH-mazing (jacuzzi jets!) as is the master closet. The kids’ bedrooms are much smaller however, which is extra tough for Alex because we discovered the “basement” (it is not exactly a true basement but rather the bottom floor of a three story townhouse) has no door, so the cat’s home base is Alex’s room for the next year. The kitchen is pretty new and could definitely be worse (anyone remember the kitchen I was using when I first started blogging?), but it is much smaller than what I had before. With a tiny dishwasher and no convection oven (to list my two biggest complaints). And of all the really weird issues, I think the designer chose cupboards and drawers that require pulls, but then skimped on costs by not adding pulls. I curse several times a day just trying to open my drawers!

But it truly could be worse and it is only for a year. 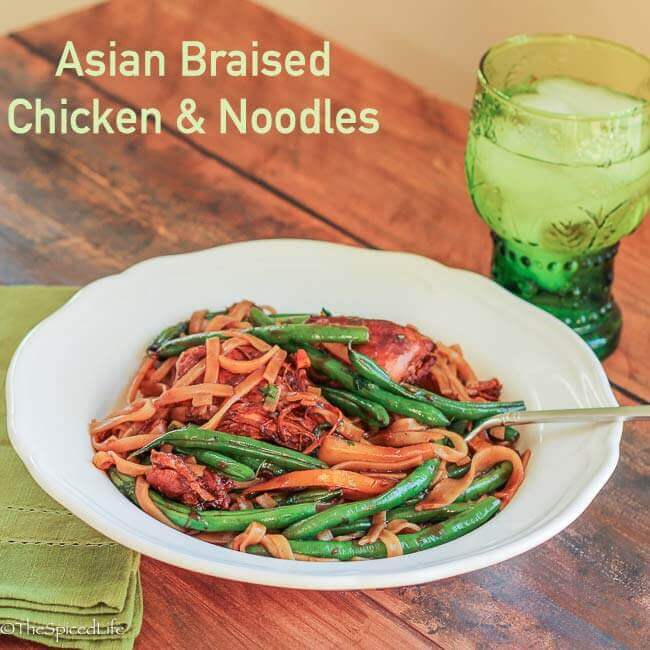 Another big adjustment is trying to figure out the best place to take pictures of my food. So expect some experimenting over the next month or so, especially in the beginning while I am also still working around boxes.

John is at orientation this week in California (yes, all orientation for Google is in California; it does not matter what office you will be working at), but I was determined to get him one home cooked meal before he left. I also, after unpacking, ahem, my pantry, am more determined than ever to use what I already own, so this Asian Braised Chicken and Noodles was cobbled together from what I had around plus some fresh produce. The green beans were a no brainer given the season, but feel free to use other vegetables other times of the year.

This Asian Braised Chicken and Noodles was adapted from a dish I found in John Gregory-Smith’s Mighty Spice Express Cookbook: Fast, Fresh, and Full-on Flavors from Street Foods to the Spectacular

. I am super excited about quite a few dishes from this book–and you guys will be amused to know that we do have a Half Priced Books close to here–and I found this book several days after arriving. I know you were all concerned about my used bookstore cookbook habit! Anyway, the book is worth checking out for anyone inspired by the flavors of Asia and India.

The dish was a big hit with the family–who had not had homemade food in several weeks! And other than being patient for the browning of the chicken and the braising, it is a super simple dish, great for weeknights, and, as mentioned previously, flexible for adding whatever protein and vegetables you prefer (obviously braising red meat will take much longer). 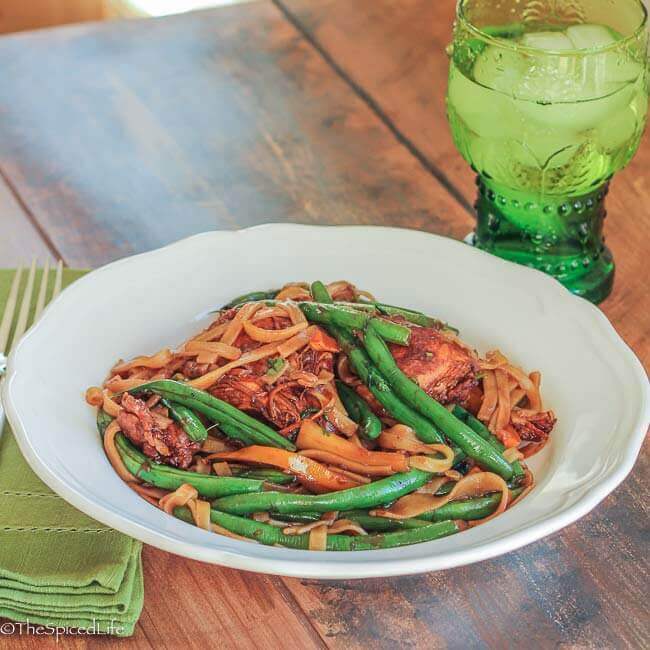 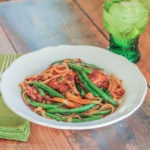 Print
Asian Braised Chicken and Noodles
Adapted from John Gregory-Smith
Author: TheSpicedLife
Ingredients
For the sauce:
For the veggies:
Instructions