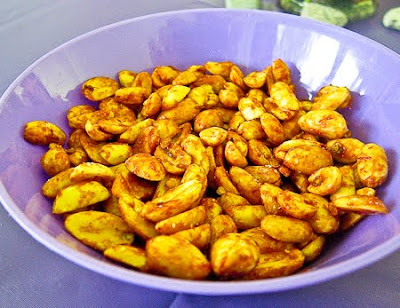 Sorry for the extended silence again! Every time I get caught up with life something else comes along to disrupt. This time it was the annual pig roast, and the myriad of brownies and blondies I made for it, along with the trip home to Columbus. And the fatigue from dancing until the wee hours of the morning. 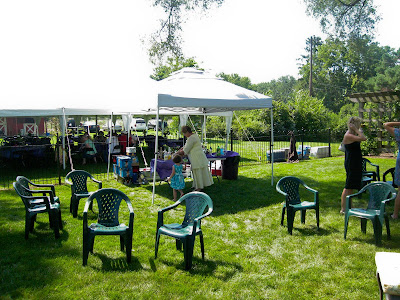 Having just received Rick Bayless’s Fiesta At Rick’s, I decide to try making his Sweet & Spicy Almonds for the party as well. They were both a success and a failure. Success in that they were pretty darn tasty. Failure in that the sweet and spicy coating melted in the heat and turned them into a gooey clump. So think of this recipe as a suggestion for your air conditioned and winter fiestas–and choose a different recipe for the outdoor barbecue. 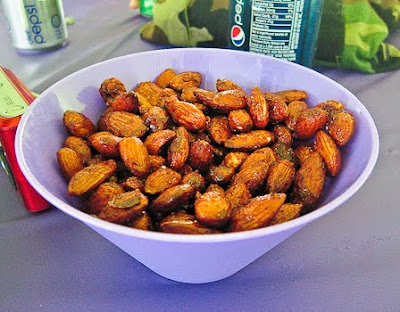 Blend or process the first 6 ingredients until you have a puree. Toss the nnuts in them and then spread them out on a rimmed baking sheet lined with parchment paper (or line with foil and then grease). Roast for 15-20 minutes, tossing occasionally (use your nose and eyes–different nuts will finish in different amounts of time). Taste a nut when they come out of the oven (be careful–hot!) and sprinkle coarse sea salt over the nuts if you think they need it (we thought so). Toss and sprinkle again. Leave to cool to room temperature–the nuts will crisp as they cool.

*One note about the spiciness of these nuts–they are not as spicy as you think. You can also toss the roasted nuts with ground cayenne or chipotle pepper to make them spicier. 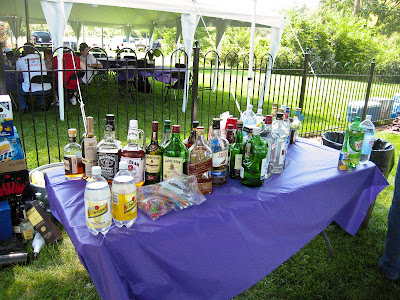