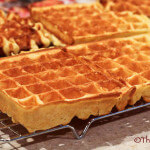 Sour Cream Waffles are rich yet light, absolutely delicious, and hearty enough to serve for breakfast before school. 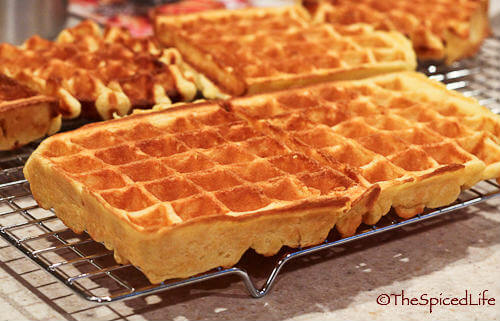 Guys! I have gotten SO brave! You want to know how brave? Check it out: 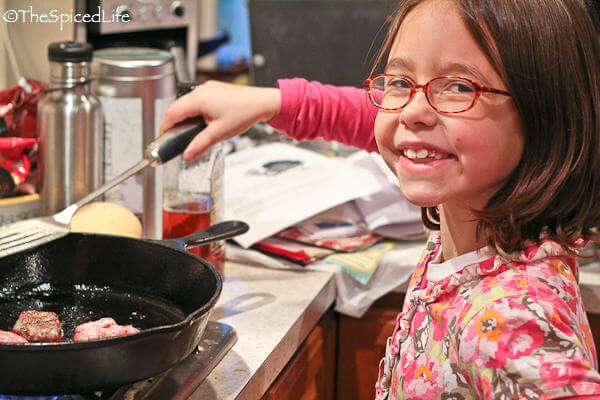 Mind you this required no bravery on Alex’s part. She is totally capable and confident. Most school mornings she now makes her own scrambled eggs. On the stovetop, start to finish, with shredded cheddar cheese all by her lonesome. And the other night when we had breakfast for dinner, she flipped the sausage and was entirely in charge of the waffle iron. The waffle iron scares me, but it does not scare her. The only thing that makes her nervous is spitting oil or fat. We made the waffle batter together, but she ladled all of the batter into the iron and removed the waffles herself. While I stood nearby. There might have been hand wringing.

I am not sure whom I am more proud of. Her for doing it or me for relaxing enough to let her!

Alex informed me she wanted “regular” waffles, after rejecting spiced pumpkin, gingerbread, and even almond variations. I landed on this waffle recipe at 101 Cookbooks and immediately knew it was the one. I loved the sour cream in it, and I loved that it was rich with dairy and full of eggs, because I planned to make extra and serve them for breakfast, and it is always a challenge getting enough calories that stick (as opposed to carbs that have nothing but sugar and starch) into my kids on school mornings. Because I planned to serve them for weekday breakfasts, I also subbed in some white whole wheat flour, which in turn led me to sub in just a tad of potato flour to help lighten the waffles. And also because I really prefer light waffles, I beat the eggs for quite a while. Had I been just a tad less lazy, I would have separated the eggs and whipped the egg whites. I am just as glad now that I did not because I think these turned out pretty perfectly as is.

A few notes: first, I confess I did it again. I inserted a picture of my kid to distract you from the fact that I never got proper photos of the waffles. Did it work? Second, I recommend doubling this recipe to make toaster waffles for the next few days. 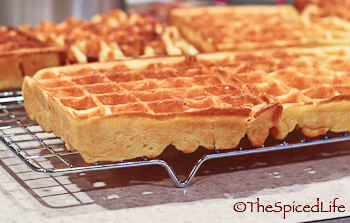