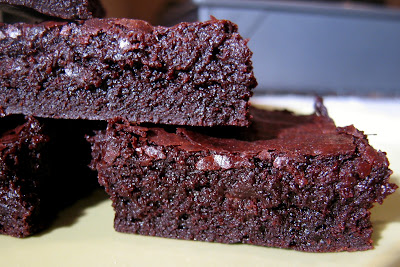 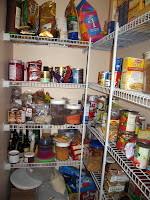 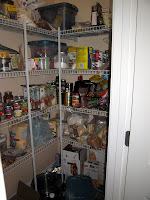 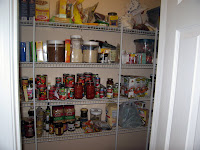 My mother’s favorite part of my new kitchen is the pantry. It is a step in, which means you can step 1, maybe 2 steps into it, but it is long and has shelves at each end also. The photo to the left is the view of the left from the inside. The photos in the center and to the right are the same views of the pantry (center, right), only taken from outside the pantry. The doorway, despite these views, is in the center of the pantry (i.e, there is equal space to each side).

This new kitchen continues to provide immense happiness in little ways–ways that other cooks would appreciate but people not interested in the kitchen would roll their eyes at. Like when I baked bread and cake at the same time. Or when I rolled out my shortbread and made cutouts on a whim and did not have to worry about counter space. 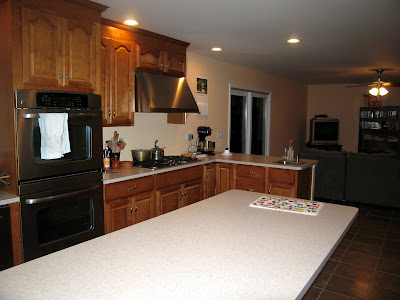 Tonight I made an Indian dinner that consisted of a stew and a salad–and I promise I will share later. But the point is that I did not have the ingredients for the salad (since fresh produce is what I am most likely to run out of), so I had to throw it together at the last minute after John got home (he stopped at the store on the way). Normally making the dressing would consist of me frantically thumbing through 18,000 bags of spices, all in disarray, looking for mustard seeds, since Indian spices rarely come in bottles. And even if they did, then I would be rearranging the spice shelves, since I can really only count on cumin, my most used spice, being front and center. 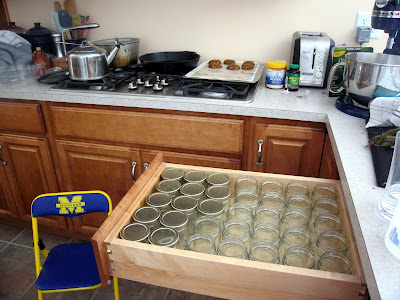 But tonight I just opened the spice drawer and there they were. Joy! 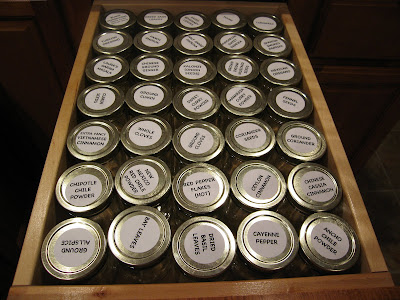 A few of you have asked about seeing a better picture of the spice drawer, so here are a few. Likewise, here are some pics of the kitchen itself. It is still not finished because of the mess with the fridge. I did not include bookshelves; they are rather messy still because I did indeed run out of room for my cookbooks and I still have not decided how to deal with the overflow–or prioritize which are staying in the kitchen. I am a little on the OCD side about how they are organized, so even though you might see some space on the left in various food shots, that space is reserved for baking books and it is cooking books I am out of space for (although dessert books are not far behind). Do I sound crazy now? You’d think I would be a neat freak for all my little weirdnesses (yes the spices are alphabatized) but alas that gene passed me WAY by. 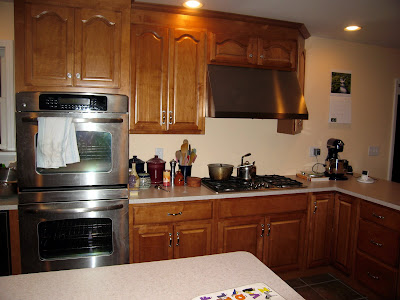 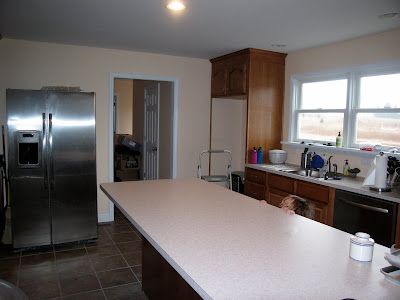 I do have some brownies to share, although the base is a recipe I have shared before. What makes them unique is the fact that instead of peppermint baking chips or chocolate chips, I folded in York Peppermint Patty Pieces

. What makes them, alas, even more unique is that I got them all the way into the oven before realizing I had left out the flour. In my defense I was trying to coordinate both toddlers helping me–haha. So I pulled them back out and mixed in the flour–which means the peppermint patty bits pretty much melted into the dough, resulting in one gooey brownie, much to my family’s delight. Sadly I really prefer a chewy brownie over a gooey one, but at least they are happy. 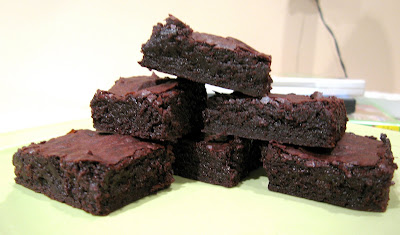 If you like gooey brownies and want to try replicating these, I advise following the directions linked to, only adding about 3/4 cup York Peppermint Patty Baking Pieces when the cocoa-butter-sugar mixture is still warm. Or you could try just adding the pieces at the end, and maybe you’ll get what I was aiming for! 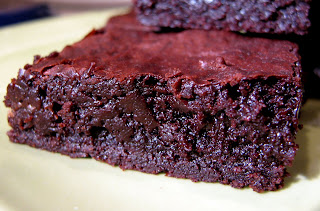