You are here: Home / beef / Pot Roast with Persian Spices on Fingerling Potatoes

This Pot Roast with Persian Spices on Fingerling Potatoes is the perfect way to spice up your Sunday dinner routine! Luscious, flavorful, spicy but not at all hot–this is gateway food for anyone nervous of trying Middle Eastern food! Promise! Affiliate links have been used to link to items I am discussing. 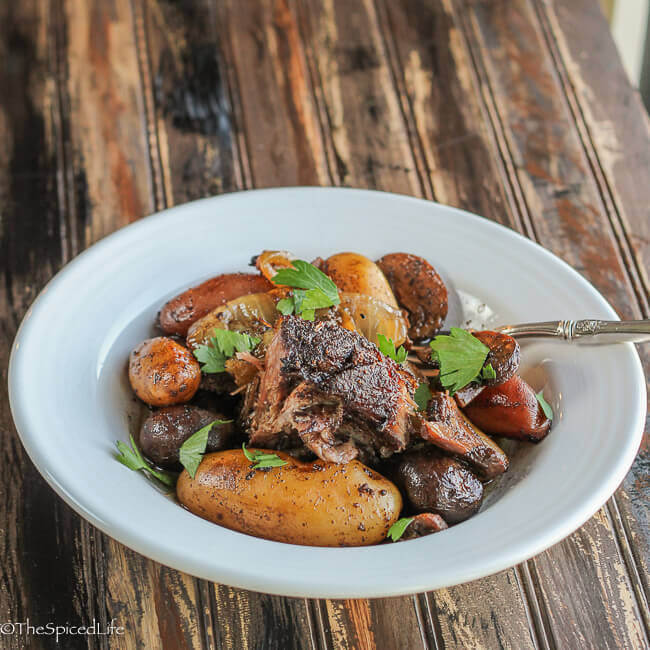 I mentioned a bit ago that my family bought me some wonderful goodies for my birthday, including cookbooks, leading to some awesome meals of course (the British Vegetarian Chili was one such).  I loved all the cookbooks, but the one that really knocked me off my rocker is Sabrina Ghayour’s Persiana: Recipes from the Middle East & beyond

. It had been on my list for a long time and holy wow if I had had any inkling how fantastic it was I would have just shelled out the cover price a long while ago. I wanted to make everything in it, instantly. Seriously. This is an awesome book. 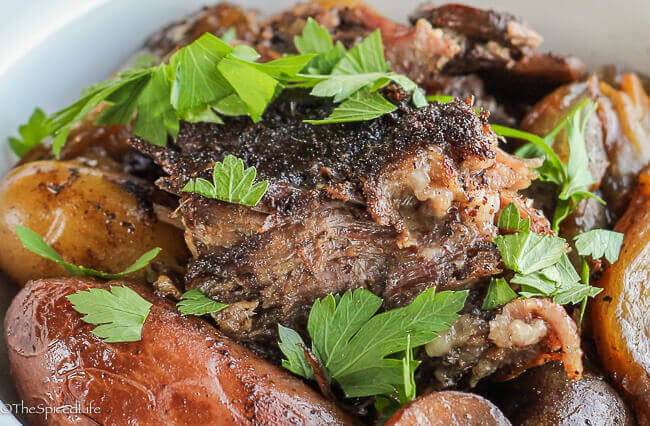 This Pot Roast with Persian Spices started with a lamb shoulder roasted in an open pan (i.e., not braised or with a lid) in Persiana. But a fatty, tough cut of meat slow-roasted, not a tenderloin, for example, which is what I think of when I think of open air roasting in the oven (versus a spit or grill). I started thinking of my mom’s pot roast, which was not a braise, i.e., no liquid was added (usually–later after I left home she started playing with it a bit), and often the pan was uncovered. We would smash the potatoes and spoon the “au jus” over them–and the au jus, not being super plentiful, was always fought over.

It’s one of my favorite things that my mom makes.

I don’t ever make it, because, as I’ve mentioned before, all-American un-spiced pot roast is just not John’s thing. So I usually go for internationally inspired braises instead. But when I saw this dry (not dry like not tasty, but dry as in without a sauce or stew) Persian spiced lamb shoulder, I immediately thought of my mom’s pot roast. Only with a lid and just a little water added because let’s face it, we don’t need any family feuding over having enough au jus to pour over our smashed fingerling potatoes! 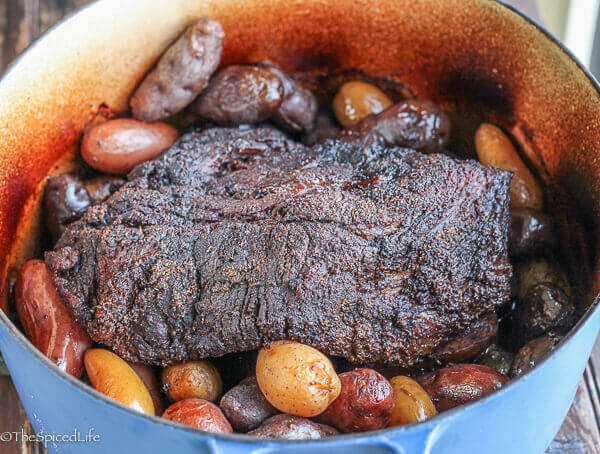 So I rubbed a beef chuck roast with a Persian spice rub based on Sabrina Ghayour’s spice rub in the book, browned it, and then piled it on tri-colored fingerling potatoes, sliced crimini mushrooms and onion wedges. It worked like a dream. Everyone loved this meal–although on an amusing side note, Alex was certain there was something wrong with the purple fingerling potatoes and never did get over it. But she happily ate the yellow and red ones! 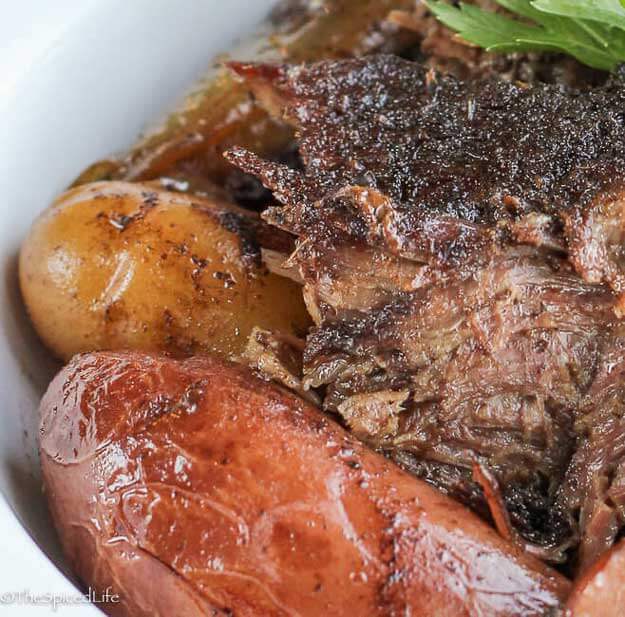 A note about the spice mix. Persiana calls for rose petals, a traditional ingredient in Persian cooking. I did not have any, and could not find my rosewater either (I thought a drop or two in the spice mix might work instead). But what I did have was a salt blend that I saw sold all over Venice, clearly aimed at tourists (but that I could not resist), mixed with dried edible flowers. It included rose, as well as calendula and some others, and did indeed have a distinct floral aroma, so I used that for both the dried rose and the salt portion of the spice rub. Because I certainly do not expect any of you to have a bag of Venetian salt I have written that portion of the recipe as the cookbook calls for. 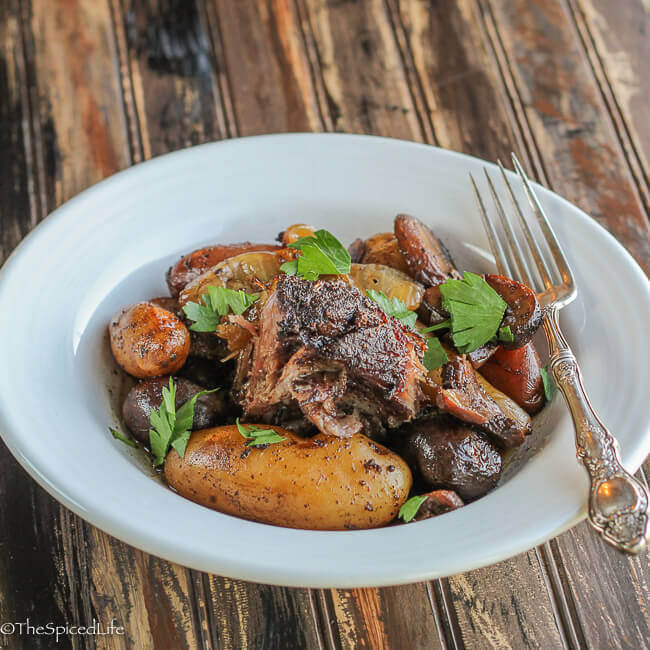 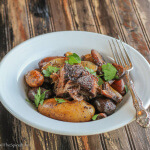 Hey guys: although I have not done it with this roast (we ate it all!), I bet this pot roast is a great option for turning the leftovers into a ramen bowl. I would not use coconut milk, but rather a tempered yogurt or sour cream mixture with beef stock, and focus on Persian spices, not Indian or East Asian. Read all about turning leftover pot roast into ramen bowls here!

And here is a collage for the Pinterest lovers!