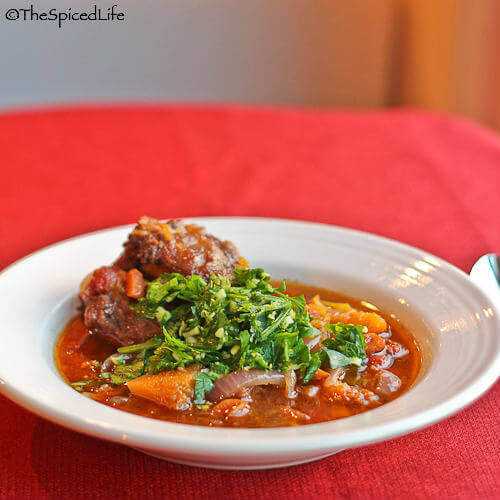 Each of the past few years Yotam Ottolenghi’s books (Plenty: Vibrant Recipes from London’s Ottolenghi

) have topped my Christmas wish list. This year’s re-issue of this first book, Ottolenghi: The Cookbook

, I was totally prepared to have it also topping my list. But before I could even get the title typed out, my friend Jessie surprised me with it for my birthday! Talk about a friend who knows me well! Ironically our friendship began when a mutual friend introduced us to one another over email so we could gossip about Friday Night Lights, which led to yakking about anything Joss Whedon and each season’s new tv shows. Is there anything better than someone who understands your more nerdy obsessions? And who brings you the hottest new cookbooks? I just wish I could have shared this dish with her (she lives in NYC), as I am pretty sure she would have loved it!

The first thing to stand out about Ottolenghi: The Cookbook

is that, unlike the other 2 books, it has a huge baking section. Truthfully, I thought I would be trying a recipe from that section first as I am really blown away by the scrumptious selection of baking recipes. But my mom was coming to visit, and as soon as I saw there was an oxtail stew I knew I would be making it for her.

I had oxtails I was waiting to use, but I was concerned about having enough food for everyone so I added short ribs as well. Everyone but Sammy, my little budding “vegetarian” who loves bacon and sausage but nothing else, liked this. Alex loved the meat but for whatever reason was not as keen on eating the “broth.” My mom, John and I all agreed that the gremolata really pushed the dish into the seriously yummy category, although we also all agreed the stew needed to be simmering hot when you add it to avoid any raw garlic stomach discomfort (the super hot broth will “cook” the garlic enough to tone down its effects). 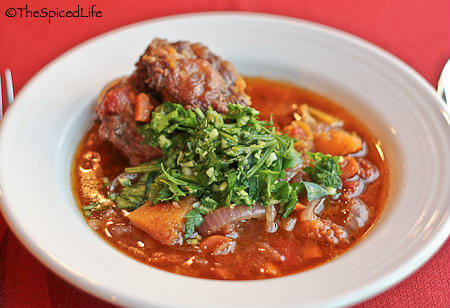 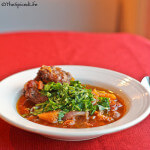