Mexican Pasta Bake with Ground Beef and Sour Cream is the best of American comfort food livened up with healthy vegetables and Mexican herbs and spices. 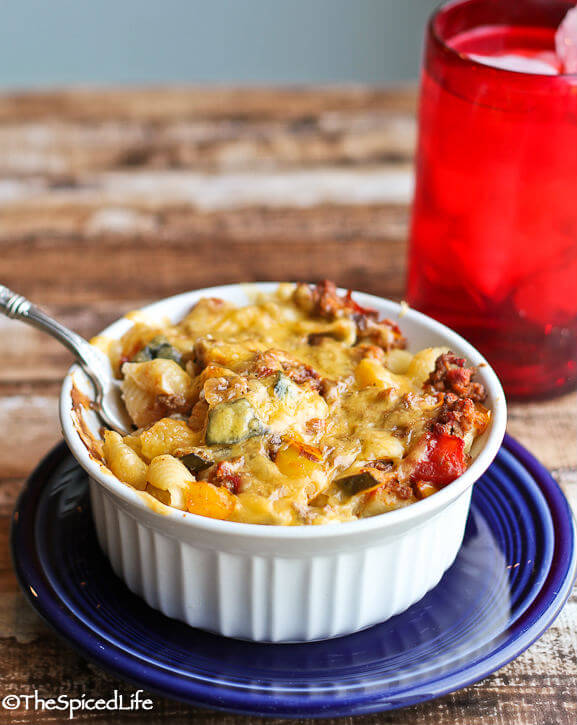 This next installment in my series using community cookbooks comes from the most wonderfully named little book: “…On The Border…By The Sea…” Cookbook Contributed by the Women of The Church of the Advent, Episcopal and Their Many Friends (1968). The church appears to be located in Brownsville, Texas, and my edition appears to be from 1981, despite the 1968 inscription in the title. Perhaps that was the last year it was updated? Brownsville is at the south-eastern most tip of Texas, which would makes sense referring to both the “Border” (Mexico) and the “Sea” (the Gulf of Mexico). At any rate, I just loved the title of the book, it is so fanciful and evocative.

At almost 400 pages and several recipes per page in most cases, I had a lot to choose from. This time I went savory, eventually landing on the not very fancifully named “Beef-Noodle-Sour Cream Casserole.”  I was attracted to the idea of using cottage cheese in a casserole, since cottage cheese is a fabulous low fat source of protein. I decided right away that I would be both spicing up the dish and adding lots of veggies, hence leading to the “Mexican” in my dish name. 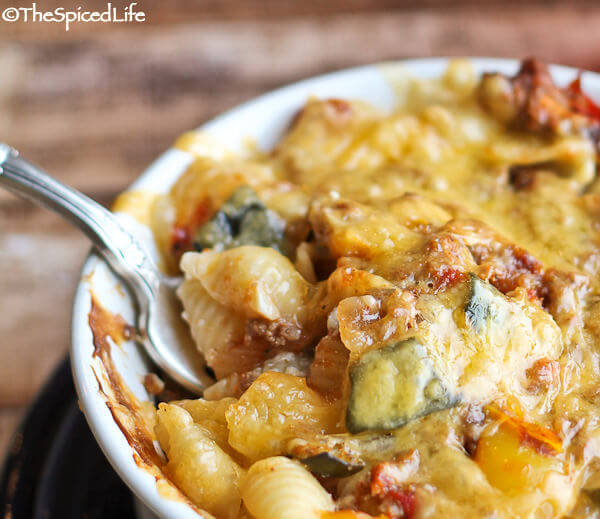 When someone–I no longer remember who, someone on Facebook–heard what I was making they said “Oh, you mean Pioneer Woman’s casserole?!”

So of course then I went searching, and yes she has a casserole remarkable similar. Now this is not me making any kind of comment as to the originality of her cooking, I really want to stress that. I firmly believe that all recipes are built off of one another and adapted from one another. I don’t really believe in much true originality when it comes to cooking and baking if you want to know the truth. I believe we all learn from one another and adapt things to our own tastes as we go along–much as I did with this dish. But it was an interesting moment just in terms of how a recipe evolves. Once upon a time I suspect this casserole must have been pretty common. Mrs. E. Wayne Wilson donated the recipe to my book. But now it is the Pioneer Woman Casserole. 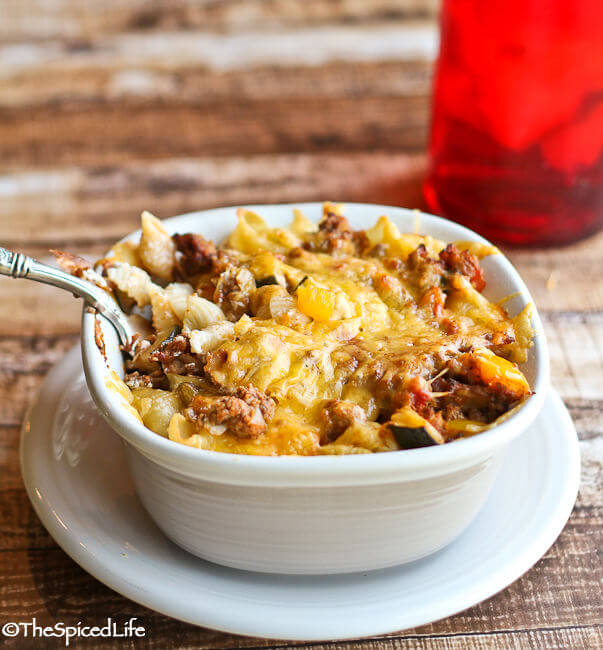 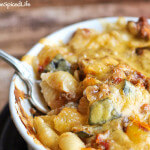 Some notes about the ingredient changes I made: I could not justify 2 full cups of full fat sour cream, so I cut it with low fat Greek yogurt. Similarly, I like to use half ground turkey in a dish like this, where I want some beef flavor, but I do not need a pure beef flavor given all the spices. And I prefer to use a high fiber noodle, especially in a case like this, where amazing pasta quality is not so necessary. I used to be a huge fan of Barilla Plus, and I do still like the line, but lately I have been finding even more selection in Barilla’s White Fiber line of pasta. Last, I prefer to grate my cheese directly onto the top of the casserole, so my amounts of cheese are approximate. 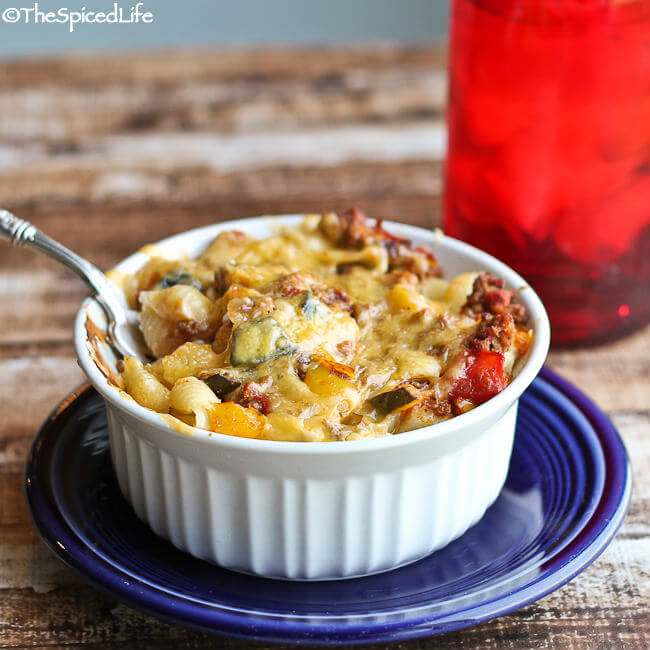