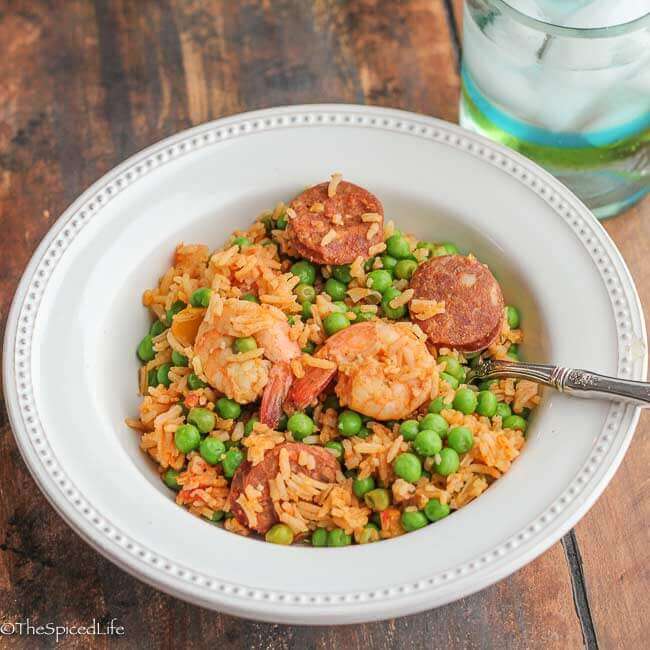 Jambakinda… too cheesy? Yes? Well, at any rate I would like to make clear that this is no way is supposed to be a real jambalaya–but it is supposed to emulate the flavors and textures of one. And I actually think it succeeds pretty well. It was both faster and less stressful than a traditional jambalaya, where the rice is cooked in the broth/sauce. Somehow, the rice in those dishes, paella, jambalaya, etc, never ends up cooked through enough for me–or it ends up soggy. This less traditional take is also more pleasing to *my* palate, as it is less tomatoey than a Creole jambalaya, but it does have tomatoes, unlike a Cajun jambalaya. And I have no idea if the peas and lime juice belong, but they sounded yummy to me!

[Update February 2016: Unlike many of my older posts whose photography has been updated, I rather like my original photos for this dish. They are not plated well or styled in any way, but the shrimp especially looks succulent in them. So I have left one below, but have also added photos I took recently when I made this dish again. Note there are extra peas added because I had some that needed to be used and we adore peas.] 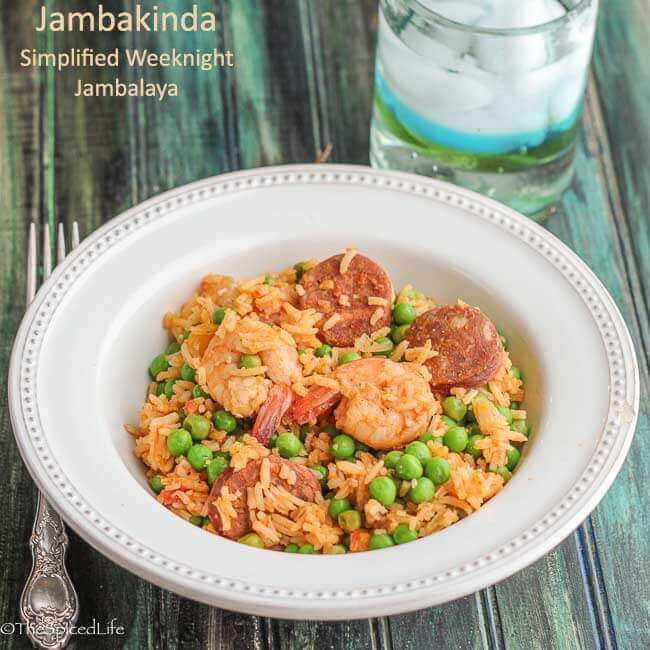 The spices I call for may look a little haphazard and/or involved. Basically I wanted a Cajun/Creole seasoning, but I wanted to make it from scratch. However, most call for garlic and onion powder (one or both) and I had neither, but I did have a complimentary Emeril’s Original Essence sent to me through a FoodBuzz Tastemaker program. Check out Emeril’s website for all of his products. Although his seasoning had salt, and therefore was used sparingly by me, it had terrific flavor and I was glad I had it to throw in. Feel free to use whatever spice combination (or pre-made blend) you like for Creole or Cajun dishes. Just be wary of those that have salt–if it has salt, use a little less and bulk it up with some of the suggested spices below. This is especially true if you use a commercial chicken stock (which I did this time). 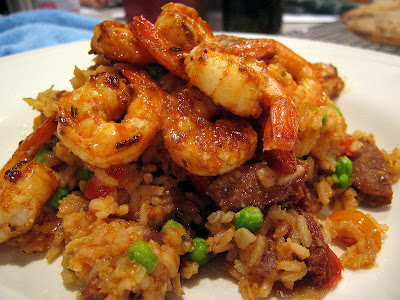 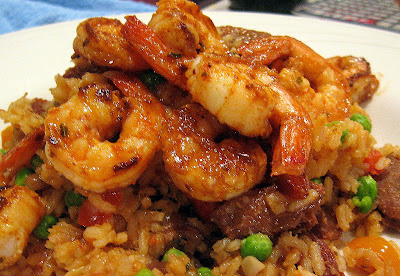 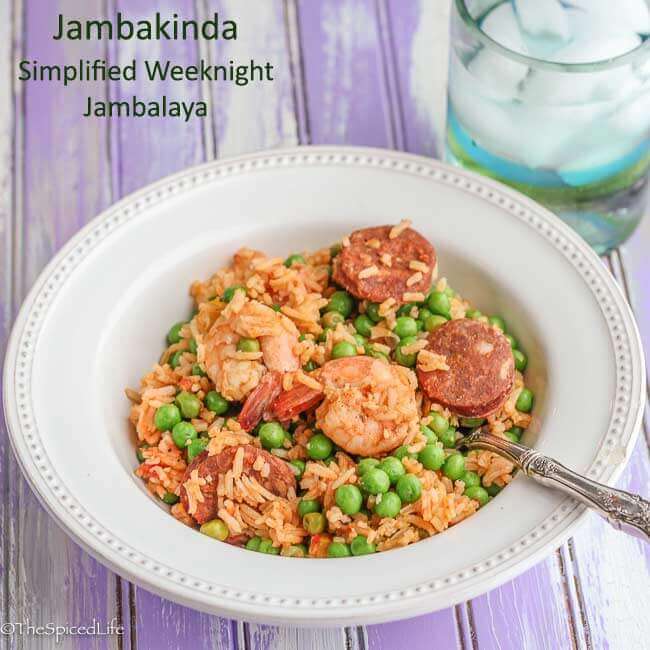